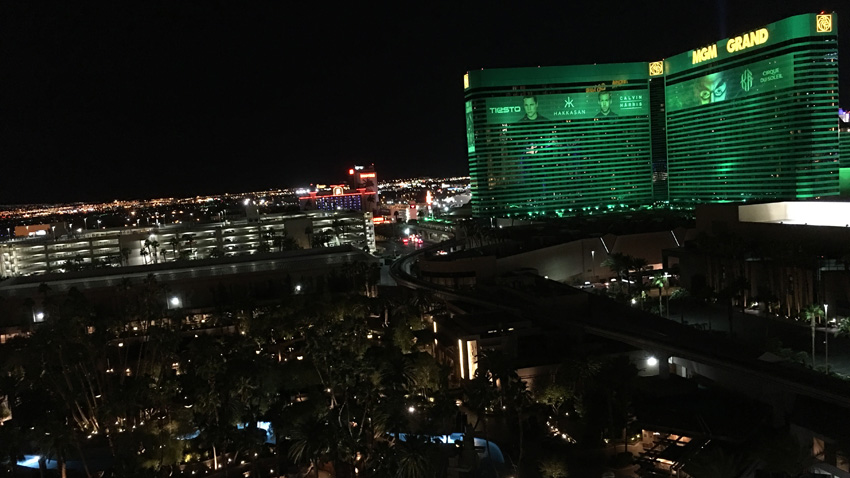 Because I have trouble sleeping in Las Vegas, this week’s other news includes some new Windows 10 controversies, some Surface Book issues, an Android and Chrome OS merger, legal ironies, and more Xbox lemonade.

This week’s Windows 10 controversy of the week

Let’s play a game. You’re in charge of Microsoft. And you’ve been accused of silently downloading multiple gigabytes of Windows 10 installer files to customers’ PCs, even though they have explicitly declined your overly-aggressive in-OS advertising. In some cases, you’ve even been accused of actually installing Windows 10 on PCs when the user has explicitly said no. What do you do next? Wrong. You begin the process of putting the Windows 10 upgrade into Windows Update, and then in early 2016 you make it a “recommended” update, ensuring that millions and millions of customers install the upgrade whether they want it or not. And that, folks, is why you don’t run Microsoft. You just don’t get it.

“Microsoft to get pushy about upgrading to Windows 10”

This week’s other Windows 10 controversy of the week

Still feeling playful? Good. Here’s another one. You haven’t just downloaded all those gigabytes of Windows 10 installer data to users’s PCs: In some cases, you’ve even done so on PCs with metered connections, meaning connections that are generally expensive, bandwidth-capped, and possibly cellular. The reason? Windows 7 doesn’t have any notion of metered connections, so it just gleefully transmits whatever data needs to be transmitted, regardless. So how do you fix that problem? You explain that users’s only recourse is to—wait for it—upgrade to Windows 10, because this new OS does understand metered connections. And the only alternative is to disable Windows Update’s automatic updating functionality, which is a security risk. I mean, you want to be secure, don’t you? Sure you do. Now upgrade to Windows 10 already.

“Microsoft Sees That Apple Has Been Right All Along”

That’s some good retroactive justification there. Apple was wrong for a long time, but the world changed. They just lucked out.

Surface Book seems to be off to a good start, and most reviewers agree that Microsoft has created a viable alternative to the MacBook Pro. But as I noted in my own review, Surface Book is also very much a first-gen product. And there are questions around the reliability of Surface Book as a result. Sadly, it appears that many early buyers are seeing some of the issues I’ve seen: The touchpad will stop working, requiring you remove and replace the screen top, the system locks up occasionally, Edge displays some white pages as pink for some reason, and the battery life seems to be determined by a random number generator. As a long time PC hardware reviewer and, perhaps more important, someone who is perhaps overly experienced with Surface hardware in particular, I can say two things. One, I feel your pain … literally. And two, this is nothing a couple of months’ worth of firmware updates won’t fix. This isn’t the sort of experience anyone wants, especially when it involves a $1500 to $3000 purchase. But I do think they’ll get it right.

“Microsoft’s Edge browser can beam videos to your TV, Chromecast-style”

It’s just that it won’t work with an actual Chromecast.

Android + Chrome OS: Will they or won’t they?

A Wall Street Journal report—which appears to have been confirmed by The New York Times, though the language is a little iffy—claims that Google will combine its Chrome OS and Android mobile OSes into a single OS, which will be Android. This makes sense to me—in fact, I never understood what the point of Chrome OS was—but it’s not really clear if this thing is even happening, or, if so, how. For starters, Google senior vice president Hiroshi Lockheimer—who oversees Android and Chrome OS development, by the way—tweeted that there is a “ton of momentum for Chromebooks” and that Google remained “committed to Chrome OS.” And the initial WSJ report suggests that Chrome OS could still continue as a standalone product even after its features are rolled into Android. So what’s really happening? Basically, Google is having the same OS identity crisis Microsoft had back in 2010 when Windows RT seemed like a good idea. And as with the company Google can’t stop copying, the market will figure it out for them.

But neither one of those is a laptop.

You may have heard about a court case in which the U.S. Department of Justice wanted to gain access to a man’s iPhone but was told by Apple that because it now encrypts these devices by default, there was no way for them to help. The case pushed a big debate into the spotlight again, giving Apple a chance to wax poetic about protecting its users’s privacy and argue against the All Writs Act, which had previously been invoked to require a smart phone maker to bypass the lock screen on an alleged criminal’s phone. Yeash, so anyway. The guy at the center of this case just plead guilty. He did it. So I guess Apple can stop carping about the “unnecessary burden” of having to deal with such issues and get to own very legal practice of undermining China one factory worker at a time.

“Imagining the next Apple TV”

Can we just imagine the one that literally just shipped today instead?

Microsoft is in a weird spot with Xbox One: On the one hand, it’s still selling at a rate that is faster than its previous consoles. But on the other, it’s being dramatically outsold by the Sony PlayStation 4, and the gap is only growing over time. So with Sony finally cutting PS4 pricing, which should keep its lead nicely in place, and Xbox losing the Call of Duty DLC (downloadable content) exclusivity, you might think that the Xbox folks are getting a little down. Nope. “We feel really happy with where we’re at,” Xbox’s Aaron Greenberg recently told Gamespot. “Games [are] what drive console sales, and … we have the greatest games lineup in the history of our business. So we feel good about putting that out there and letting fans respond based on the type of games we’re bringing to the market.” You know, I may actually agree with this assessment. Aaron, pass me some Kool-, er, lemonade, would ya?