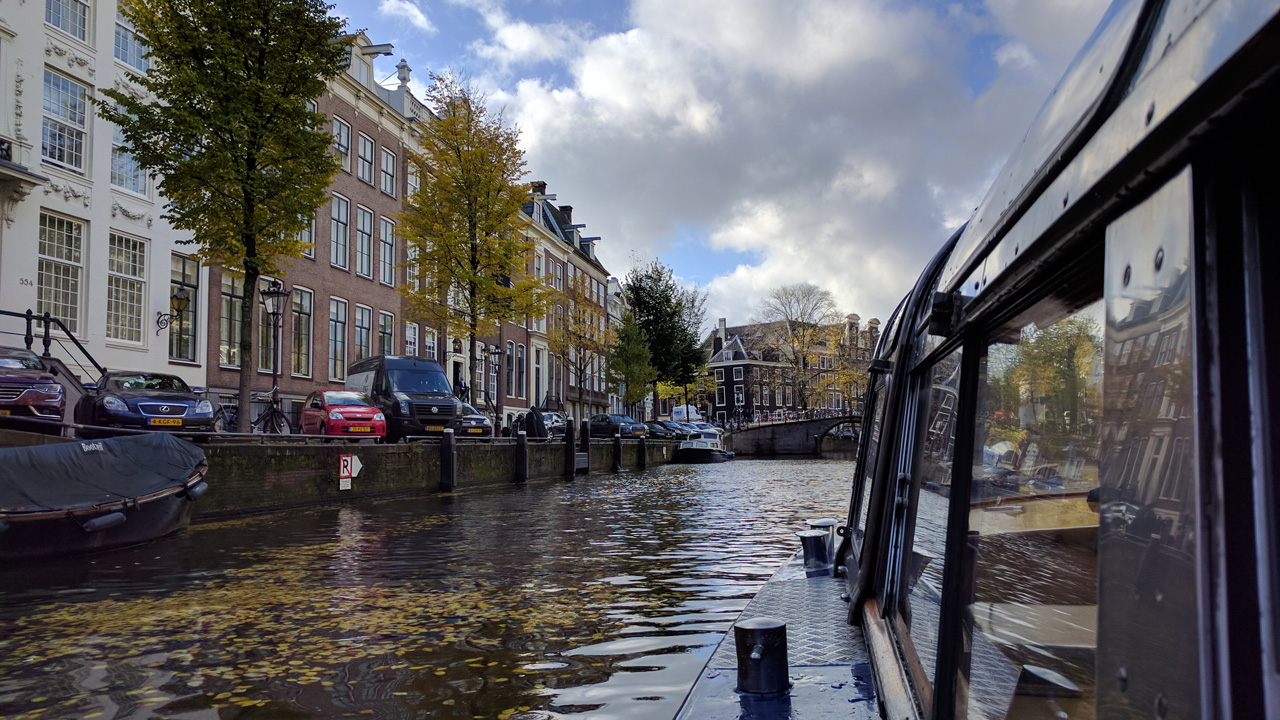 The canals of Amsterdam

Because The Netherlands is perfect and you can’t make me leave, this edition of Short Takes focuses on Microsoft joining the Linux Foundation, a US examination of Russia’s LinkedIn ban, and more.

Hell has frozen over, or all hell has broken loose, or at least something related to hell is happening, depending on who you ask: This week, Microsoft did the impossible by joining the Linux Federation. But let’s be serious, this is just a formality, and Microsoft has been supporting Linux in major ways for a few years now. And when you compare this to Microsoft porting SQL Server to Linux, or to the inclusion of the BASH shell in Windows 10, I’m sorry. This doesn’t even rate.

US is examining Russia’s ban of LinkedIn

In the wake of a politically-charge ban of LinkedIn in that country, the United States government has formally requested that Russia immediately restore access to the service. “The United States is deeply concerned by Russia’s decision to block access to LinkedIn,” a statement attributed to the U.S. Embassy in Moscow reads. “This decision is the first of its kind and sets a troubling precedent that could be used to justify shutting down any website that contains Russian user data.” Well, yes. That was the point.

Ireland doesn’t want the tax money that Apple owes it

As expected, Ireland has appealed an EU order to collect over $14 billion in taxes that Apple owes it. And if you’ve spent any time in Ireland recently, you know it’s not because they don’t need the money. “The [Irish] government fundamentally disagrees with the European Commission’s analysis and the decision left no choice but to take an appeal,” Ireland finance minister Michael Noonan said. Ireland, here’s some free advice: Take the money. And tell Apple that the illegal sweetheart deals are over.

“Apple is exploring moving iPhone production to the US: Report”

And the average selling price of a new iPhone will jump to $23,000 as a result.

Hoping to head off its own “Microsoft moment” in Europe, Google is pulling out the big guns and is sending CEO Sundar Pichai to Brussels, where he is meeting with EU antitrust officials. The goal: To see what can be done to head off antitrust charges and fines related to Android and other Google technologies. Mr. Pichai will want to be careful: Given how many antitrust cases that Google has pending in the EU, I wouldn’t be surprised to see his passport taken away. But I’m sure there’s an app for that. On iPhone.

“Smarter bots are coming to Facebook, Google and Amazon assistants”

They can only get smarter, so sure.

And speaking of Google, the search giant is partnering with microprocessor maker—and Microsoft BFF—Intel on an initiative to speed cloud deployments in the enterprise. Coming as I do from a Microsoft background, I’ll just chuckle and thank Google for reminding these companies that there’s only one cloud provider out there that makes sense in the enterprise. And it ain’t Google.

AOL to lay off 500 employees

I know, I thought the same thing: AOL still has employees? Well, yeah, they do. But now they have 500 fewer of them as AOL has announced layoffs so it can restructure to focus on mobile, video and data. AOL, by the way, is owned by Verizon, which you may recall is also trying to buy Yahoo. It’s like they’re starting a tech nostalgia museum or something. What’s next, Geocities? (The joke’s on me: Yahoo already bought Geocities. Which is amazing.)

In related news, water is wetter than sand.

Report: iPhones have a higher failure rate than Android phones

To which I say, yeah. Right. A company no one has ever heard of—Blancco Technology Group, you know those guys—claimed this week that iPhones are less reliable and experience higher failure rates than handsets based on Android. The numbers: 62 percent of iOS devices experienced “performance failures” in the most recent quarter compared to 47 percent of Android devices. Which is how you know this information is suspect, because 100 percent of Android devices experience performance problems every single day. Ridiculous.