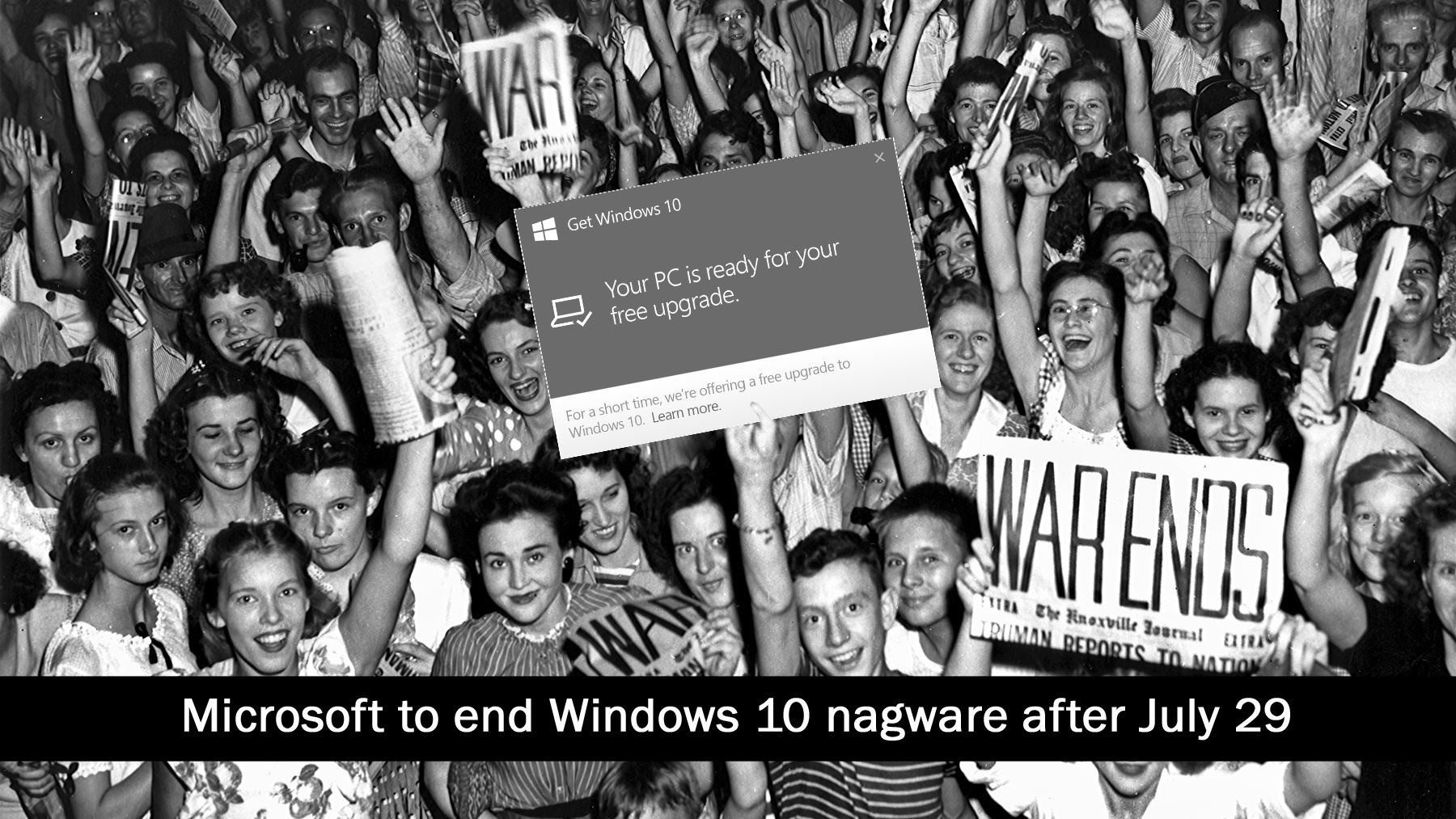 Because the PC market is shrinking and I feel fine, this edition of Short Takes focuses on Google’s fear of Microsoft smart phones, Windows 10 Mobile is always behind, Microsoft expanding its Ireland-based datacenters, Facebook is accused of liberal bias, and Apple has invested $1 billion in a Chinese Uber competitor.

Google was afraid that Microsoft would dominate the smart phone market

A report in Quartz notes that Android co-founder Rich Miner, now a general partner at Google Ventures, wrote an internal email describing the need for an open-source mobile operating system in 2008. The reason? They had to stave off the Microsoft threat. Yes, really. “If an open platform is not introduced in the next few years then Microsoft will own the programmable handset platform,” he wrote. “Palm is dying, RIM [Blackberry] is a one-trick pony, and while Symbian is growing market share it’s becoming a Nokia only solution.” That sounds laughable given what’s happened since. But this highlights the Google “running scared” mantra that keeps that firm moving quickly. And it’s something that perhaps Microsoft could emulate.

“It’s time for Microsoft to close its fake Apple stores”

Put another way, it’s time for Apple to make its cold, clinical stores warmer and more inviting. You know, like Microsoft stores.

So that sounds positive, right? But this is the type of thing that actually highlights the problem with Windows phones: Apple and Android phones have had fingerprint scanners for years. And those scanners aid sign-in, of course, but also serve as the security authentication for such things as app and content purchases—which Windows 10 Mobile has, as well—and mobile purchases, which Windows 10 Mobile does not offer. Ultimately, this kind of revelation is just a reminder that Microsoft’s smart phone platform is so far behind the competition that it will never catch up.

“Microsoft phone support contractors told to hang up after 15 minutes”

Presumably because it just works.

Microsoft to expand its Ireland-based datacenters

Microsoft may be fighting the U.S. government over access to emails stored in Ireland, but that isn’t stopping the software giant from extending its reach there. Microsoft will spend close to $1 billion building four new datacenters in Ireland over three years, employing 1800 construction workers during that period and the 140 new full-time jobs, The Independent reports. “The demand for online services has expanded exponentially and additional data center development is required to allow Microsoft Ireland to meet an ever-growing worldwide demand for the services it offers over the internet,” Microsoft explains. Plus, you gotta have someplace to hide email accounts for criminals. But I kid.

“Did Microsoft Fixed its Biggest Mistake?”

With reports emerging that Facebook has been manipulating its trending topics list to push a liberal agenda, its CEO and founder Mark Zuckerberg has issued a statement. On Facebook, so only liberal people will see it. “Trending Topics is designed to surface the most newsworthy and popular conversations on Facebook,” he writes. “We have rigorous guidelines that do not permit the prioritization of one viewpoint over another or the suppression of political perspectives … We are conducting a full investigation to ensure our teams upheld the integrity of this product.” If you use Facebook at all, you understand that the service is a wellspring for all kinds of nutso ideas. So I’m not entirely sure this is an issue per se. Certainly not as much of an issue as all those idiots who take photos of their lunches.

Unless it comes with auto-dose anti-depressants, this isn’t super interesting to me.

While Donald Trump will continue to be comedy fodder for late night TV shows for some time to come, his opinions on technology have been particularly laughable. After calling on his supporters to boycott the iPhone because Apple wouldn’t cooperate with the feds, he was shown too have continued using his own iPhone. But Trump can always one-up himself: Now he says that Amazon has “a huge antitrust problem.” Which sounds reasonable on the surface. But then you find out the reason. “[The Washington Post] is owned as a toy by Jeff Bezos, who controls Amazon,” he said. “Amazon is getting away with murder tax-wise. He’s using the Washington Post for political purposes to save Amazon in terms of taxes and in terms of antitrust.” Um. It’s bad enough that we think companies are people in this country. But now we have to believe because Bezos owns The Washington Post as an individual that he can somehow leverage that … what? non-monopoly on news reporting? … to help an online retailer. Ah boy.

“Would You Buy A Chromebook If It Ran Android Apps?”

No, but I’d buy one if it could run Windows apps. Oh, right. That’s called a PC.

You don’t see the words “Apple invests” very often—OK, ever—so this is interesting: Apple has invested $1 billion in a Chinese Uber competitor called Didi. “Didi exemplifies the innovation taking place in the iOS developer community in China,” Apple CEO Tim Cook said in a prepared statement. “We are extremely impressed by the business they’ve built and their excellent leadership team, and we look forward to supporting them as they grow.” I suspect what Apple is more impressed by—after all, Uber has innovated in the iOS app space, too—is that Didi is Chinese. And you gotta keep that increasingly cantankerous relationship going at all costs, since China is Apple’s biggest market.

“We just did what Apple did.”