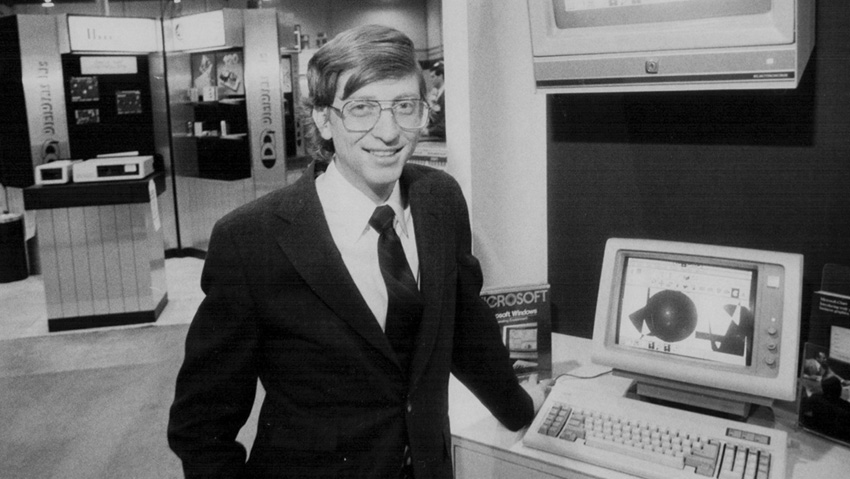 Because auld acquaintance should never be forgot, this (short) week’s other news includes Microsoft encryption news from the past, Microsoft v. Corel, someone finally sues Apple over forced obsolescence, and Google is ripping the Java guts out of Android.

Note: It’s another short week, but I’ll be posting to Thurrott.comthroughout the holiday long weekend as needed. –Paul

News from the past: Microsoft is storing encryption keys in the cloud

Inexplicably making news this week is a report in The Intercept which dredges up years-old information about Microsoft storing encryption keys in the cloud and presents it as something new. “ONE OF THE EXCELLENT FEATURES of new Windows devices is that disk encryption is built-in and turned on by default, protecting your data in case your device is lost or stolen,” Mr. Lee reports, incorrectly. (Disk encryption is not on by default, and is only available in Windows Pro or higher.) “Less well-known is that, if you are like most users and login to Windows 10 using your Microsoft account, your computer automatically uploaded a copy of your recovery key–which can be used to unlock your encrypted disk–to Microsoft’s servers.” Frankly, I’m kind of embarrassed for this guy, so I’ll just leave it at this: The very notion that a hacker would both break into your Microsoft account (potentially bypassing the two-factor authentication Microsoft offers) and gain physical access to your PC is about as ludicrous as anything I’ve read on the Internet this year. And, yes, I’ve heard of the Kardashians.

I have an obvious question here. What’s a horse?

Microsoft patent isn’t what it seems

The EFF has awarded a recent Microsoft patent—for the UI slider control you see everywhere in Windows applications–as its “Stupid Patent of the Month,” but as usual with those guys, they’re not seeing the forest for the trees. Microsoft’s slider control may or may not be stupid, but it’s definitely patentable. Not that it matters: Microsoft only did this to screw with Corel, which launched a spurious patent infringement lawsuit against Microsoft back in July. And why did thathappen? Seriously, because Corel owns WordPerfect, and “WordPerfect has been reduced to minimal market share as a result of Microsoft’s aggressive actions,” according to Corel’s lawyers. Like, you know, 20 years ago. So now Microsoft has sued Corel for using its patented slider control. “Microsoft’s lawsuit is in direct response to the meritless claims made by Corel earlier this year in a Utah court,” a Microsoft statement explains. “We are confident we will be successful.” Just in case you thought big corporations never acted like little babies.

“5 Apps to Help With Your New Year’s Resolutions”

But, my resolution is to spend less time staring at my phone.

As it turns out, that patented slider control is just one of many complaints that Microsoft makes against Corel in its lawsuit. And as you might expect, some of the other complaints are equally ludicrous, though I also sort of enjoy that Corel is getting what it deserves here. In the complaint we discover that Corel is also infringing on Microsoft patents for various Microsoft Office user interfaces, including that for the ribbon, and “has copied the look and feel of the Microsoft interfaces in its accused products.” “Microsoft has warned Corel on multiple occasions regarding its blatant copying of the Microsoft interfaces,” the complaint explains. “Despite those warnings, Corel has continued its infringement unabated. Corel’s own actions are thus directly responsible for this lawsuit.” Honestly, this is all pretty delicious, or it would be if it weren’t for the fact that Corel is the second saddest once-great also-ran of all time. Behind Nokia.

“Why I’m Excited for the Next Apple Watch”

Because the first one sucked?

It’s one of the dirtiest secret in consumer electronics, but we all know it’s true: As Apple updates iOS, it purposefully designs the system to run poorly on older iPhones and other iOS devices so that users will be forced to buy new devices. (By contrast, every version of Windows since 2006’s Windows Vista runs faster and uses fewer resources on the same hardware.) And now, someone is finally suing them for this behavior. Chaim Lerman has filed a class action lawsuit against Applein New York, alleging that the firm engages in “deceptive trade practices and false advertising” by “significantly slowing down” customers’ iPhones when they upgrade to the latest iOS version. It’s about time someone called them on their BS.

“Google Glass gets a second chance”

Because Glassholes would rather burn out than fade away.

Google will remove Java from Android

Embroiled in a legal fight with Oracle, which now owns Sun Microsystems and thus its Java technologies, Google has decided to remove Java from its mobile OS. “As an open-source platform, Android is built upon the collaboration of the open-source community,” a Google statement explains. “In our upcoming release of Android, we plan to move Android’s Java language libraries to an OpenJDK-based approach, creating a common code base for developers to build apps and services. Google has long worked with and contributed to the OpenJDK community, and we look forward to making even more contributions to the OpenJDK project in the future.” Like everyone else on earth, I had never heard of OpenJDK, so let me save you a trip to Google: It’s an open-source implementation of Java. Of course it is. But the bigger issue, certainly for Oracle, is that Google was already proven to have stolen tons of Java code in the making of Android. So I’m curious how/if that is ever rectified.