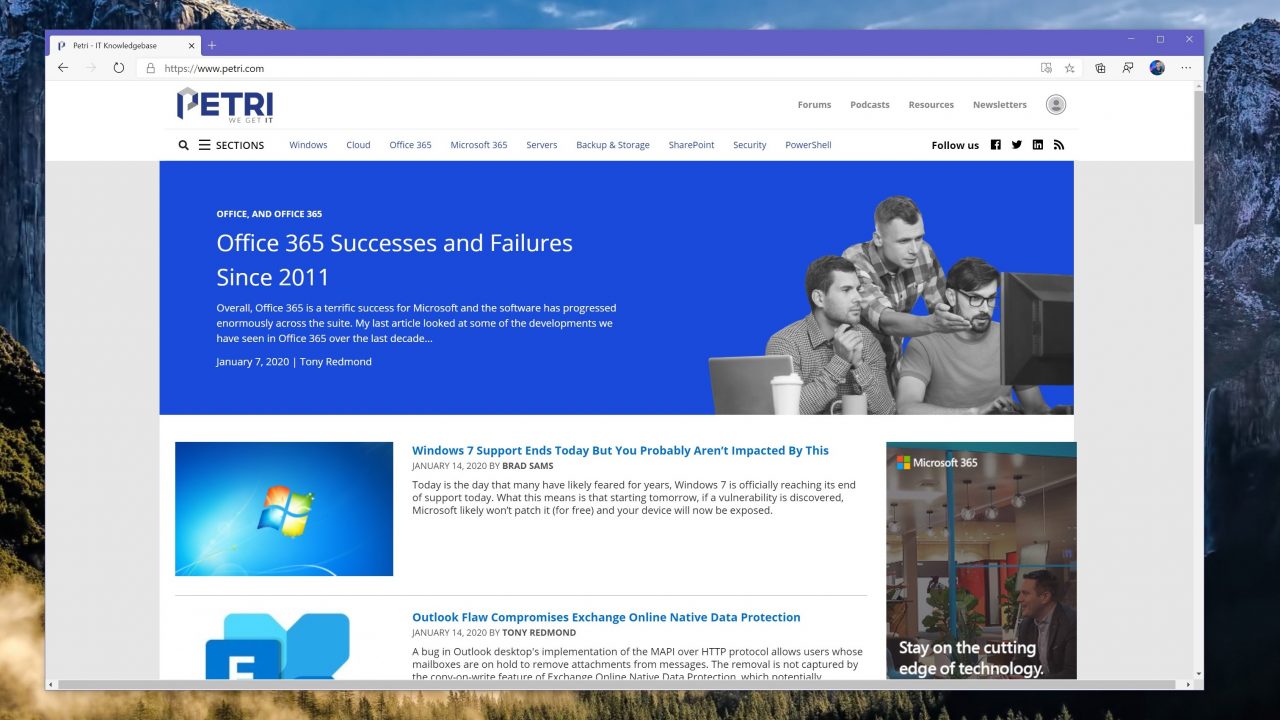 Yesterday we said goodbye to Windows 7 and today we say goodbye to Edge but at the same time, we say hello to the new Edge. Starting today, Microsoft’s new version of Edge, the one based on the Chromium platform, is now generally available.

Last year, Microsoft began publicly testing the new iteration of Edge with users around the world and starting today, the stable version is available for everyone. For those that have been testing the browser, not much is changing but for those who have been holding off, or are in the corporate world, there are a few things you need to know.

For everyone outside the corporate world, Microsoft will begin slowly pushing the new Edge browser out and replacing legacy Edge. When this happens, data from legacy Edge will be migrated to the new Edge automagically; the biggest change users will likely notice is that the icon goes from the blue e to the new wave logo.

On the corporate side, Microsoft is providing an offline deployment package if you would like to pilot the new version of Edge before rolling it out to your users. Of course, I expect many are already using Chrome and if your sites are compatible with Chrome, the new Edge can replace the Google browser, likely without any compatibility issues.

The biggest reasons that you would want to move to Edge versus Chrome comes down to which company you trust more with your data, Google or Microsoft? That’s a question for you and your organization to decide.

Microsoft is not removing classic Edge from Windows 10 just yet but they will be hiding it going forward in favor of the new browser. Effectively, once the new Edge ships with Windows 10 out of the box, the OS will come with three browsers, IE, old Edge, and new Edge.

If you are running a pilot with any of the pre-release channels (canary, dev, beta), the release version of Edge will run alongside those iterations; those builds will not be updated to the stable channel version. Microsoft plans to update the new Edge faster than the old version, this is because the browser is being updated outside of Windows 10 releases: expect to see updates at least once a quarter going forward.

I have been using the Edge every day since its initial canary release and coming from Chrome, you can’t tell much is different; this is a good thing. Yes, the UI is updated and there are a few additional features built-in but for a browser, it works well and doesn’t get in the way; it’s worth trying out.