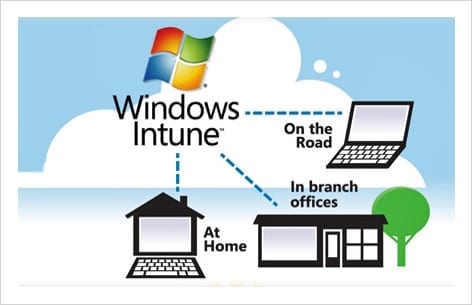 Microsoft announced some upcoming updates to their Windows Intune cloud-based IT management service yesterday, and also revealed a bit more about what they’ve got in the works for their evolving mobile device management strategy.

“What we’ve seen is that companies have continued to embrace the consumerization of IT and the bring your own (BYO) trend,” said Andrew Conway, Microsoft’s Senior Director of Product Marketing for Windows Server & Management. “IT is no longer saying no to BYO requests, they’re seeing that trend continue, and they’re looking for vendors to help them solve challenges and develop a comprehensive strategy.”

Conway added that Microsoft views mobile device management (MDM) within the larger context of other IT trends, such as the increasing adoption of cloud services among IT departments. So as part of their ongoing IT management strategy, Microsoft is rolling out some updates to Windows Intune which are slated to go live the week of Feb 3rd, 2014. These near-term updates include:

Microsoft is planning to roll out even more updates to the Intune service later in 2014. “Later this year we’ll be adding conditional access to Exchange email inboxes and support for bulk enrollment of devices,” Conway said. “We’ll also be adding support for application whitelisting and blacklisting, support for URL filtering and [implementing] a policy wrapper around applications.”

Managing IT Resources from the Cloud

The shift towards allowing administrators to support IT resources using cloud-based services continues to gather steam. Brad Anderson, Microsoft’s corporate VP of the Cloud and Enterprise division, stated unequivocally that “Modern mobile devices should be managed from a cloud service.”

It’s not just Microsoft that is singing the praises of cloud IT management, as new startups like JumpCloud — which launched in September 2013 at the TechCrunch Disrupt conference — are embracing the cloud as an IT management platform.

“The cloud is really changing the dynamics of IT,” JumpCloud CEO Rajat Bhargava said. “Businesses are looking for agility…and to really take advantage of the the benefits of the cloud, businesses need to automate a bunch of different [formerly manual] processes, integrate teams, and focus on rapid iteration and improvement.”

JumpCloud allows admins to manage users and use permissions, identifies suspicious login attempts, and automates other server management functions for Linux servers running in the cloud or on-premises. JumpCloud only supports management of Linux servers at the moment, but Bhargava said that they’ll be announcing support for Microsoft servers in the near future.

So are you using Windows Intune in your own IT environment? Drop me an email with your thoughts on what you think about the latest updates and improvements to the service.