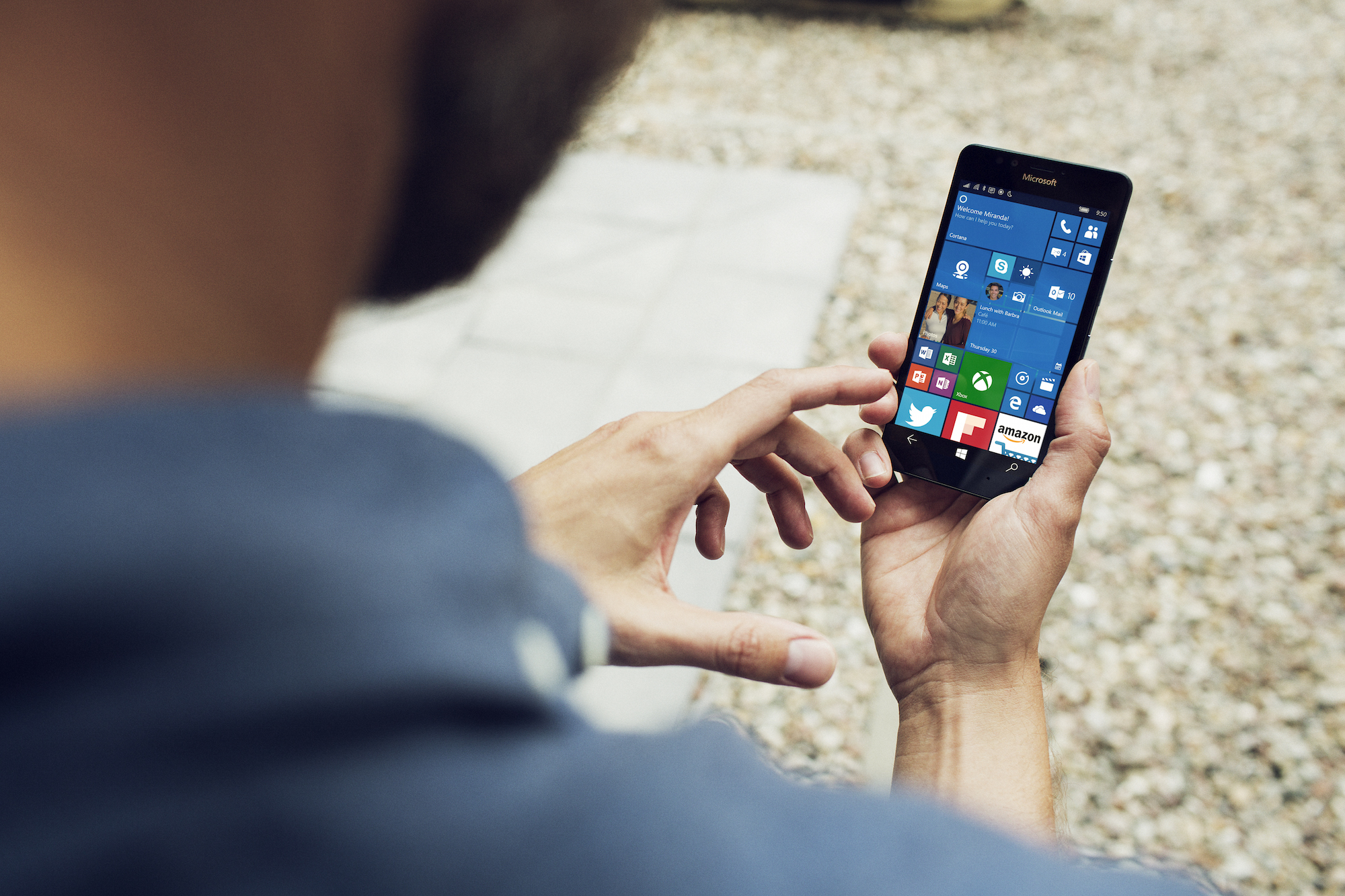 Before Microsoft’s hardware event on October 6th in NYC, we were already pretty familiar with the specs and design of the new Lumia flagship phones, the 950 and 950 XL, which are due to be released this November. Many had already commented on the uninspiring visual design, but until you’ve seen the devices in person and held them in your hands, it might be a little early to be judging.

A week has passed since the event and apart from some of the hands-on videos that appeared from journalists in attendance, much of the limelight was taken by the new Surface Book, which ought to make MacBook owners salivate. Although I might be in the market for a new notebook at some point in the next 18 months, considering the Surface tablet has never been on sale in my neck of the woods, I likely won’t see the Surface Book on the shelves anytime soon. But the Lumia 950 and 950 XL will definitely be available to purchase and quite possibly before most of North America gets its hands on these devices, similar to the much praised mid=range handset, the Lumia 640, which was released in spring 2015.

The dual-SIM 640 is my daily driver, and by and large, I’m happy with the device. However, there are a couple of reasons why I’d consider an upgrade on the release of the Lumia 950. The camera in the 640 is no more than adequate. 5MP isn’t a high enough resolution for quality long-distance shots, bearing in mind that there’s no optical zoom. Secondly, the camera often produces overexposed pictures in bright sunlight. And as a final camera moan, the lack of dedicated button makes taking photos quickly impossible.

But probably the biggest frustration with the 640 is the touchscreen, which is much less sensitive than the Nokia 520 it replaced. Just getting past the lock screen often takes a couple of attempts at entering the PIN, making the Windows Hello compatible iris scanner on the Lumia 950 an appealing proposition, as there’s nothing worse than constantly having to unlock your phone when trying to follow directions, or replying to messages on the go.

I’m also in need of a new camera, so I might just be able to justify the cost of the Lumia 950 because of the excellent camera included. While there’s no optical zoom, still a significant disadvantage of most smartphones, there are plenty of other reasons to purchase the Lumia 950, such as the 5.2 inch 2560 x 1440 AMOLED ClearBlack display, 3GB RAM, Snapdragon Hexa-core 1.8 GHz CPU and Continuum support.

But many are already claiming the Lumia 950 is dead on arrival, assumedly due to the lack of momentum in general for Windows Phone. Clearly Microsoft has no plans to pull out of the smartphone market, and pronouncing the death of Windows Mobile before its even out of the starting gate is perhaps premature.

Nevertheless, at the time of writing the latest Windows Mobile preview build seems far from a condition in which it could feasibly be released on a flagship device, and it’s unclear whether Windows Hello will be available for use on the Lumia 950s when released or only available as a beta if you’re brave enough to run the latest Windows Insider build on your new device.

As I’ve mentioned before, the availability of high quality apps from the big players, such as Facebook, Instagram, Snapchat, and Twitter, will prove key to the success of Windows Mobile in the long run. And on that note, it’s worth remembering that Microsoft announced the availability of Universal apps from most of those vendors, with notable exceptions for the time being Snapchat and Google. You can read more about that announcement on the Petri IT Knowledgebase and why the availability of high quality apps for Windows 10 will take some time: Vendors in No Hurry to Develop Universal Apps.

Despite some of the doom and gloom circulating on the Internet about the forthcoming Lumia flagships, I see no reason to hold off purchasing if you’re in the market for a new phone and are happy to shell out $549 for the 950 or $649 for the XL. Windows Mobile will be around at least for the next couple of years, long enough to warrant purchasing a new phone now, and hopefully the success of Windows 10 on the desktop will provide much needed momentum for Windows Mobile, even if market share never reaches the giddy heights of Android.