Microsoft is Testing the Viability of Underwater Data Centers 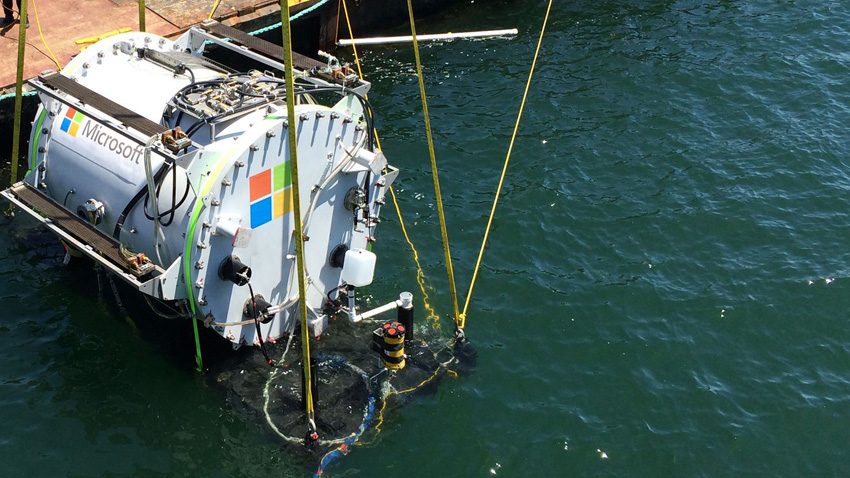 Microsoft is underwater. Literally. The software giant is testing a prototype data center that can operate hundreds of feet below the surface of the ocean, in a bid to eliminate air conditioning costs.

No, it’s not April Fools. A recent report in The New York Times highlights Microsoft’s innovative “Project Natick” for what I believe to be the first time.

It’s early yet, of course. Microsoft isn’t sure about how the data centers—which are essentially containers that would need to sit in the sea somehow—will be positioned or linked: One possibility is that the could be suspended by giant steel tubes and linked by fiber optics. And then there’s power: Microsoft is looking into both turbine and tidal energy systems.

But regardless of the eventual outcome, it could be an incredibly good idea. As you know, the biggest single bill for any data center is the cooling. As the NYT explains to its less technical readers, heat is the enemy. And data centers generate a lot of heat.

“When I first heard about this I thought, ‘Water … electricity, why would you do that?’” Microsoft designer Ben Cutler told the publication. “But as you think more about it, it actually makes a lot of sense.”

It makes sense because the ocean is a natural coolant, especially at depth, and is naturally renewable. Yes, there are environmental concerns, given heightened awareness of man’s accelerating impact on global warming. And of course it’s not clear what impact these data centers may have on sea life. Microsoft says it is investigating using only recycled materials for the data centers and the possibility of operating with zero emissions.

The ocean is also practical because most of the biggest cities on earth are near the ocean. So ocean-based data centers could be closer to masses of users, speeding data transmission. This is in sharp contrast to most land-based data center construction, which occurs far from population centers for various cost reasons. “50 percent of us live near the coast,” the Project Natick web site notes. “Why doesn’t our data?”

To test this theory, Microsoft built a prototype data center module called the Leona Philpot (yes, after an Xbox game character) and put it on the sea floor about one kilometer off the Pacific coast of the United States between August and November 2015.

No word yet on the findings, as Project Natick is still in the research stage. “It’s still early days in evaluating whether this concept could be adopted by Microsoft and other cloud service providers,” the firm notes. But Microsoft feels that this is the perfect time for such studies.

“With the end of Moore’s Law, the cadence at which servers are refreshed with new and improved hardware in the data center is likely to slow significantly,” Microsoft explains. “We see this as an opportunity to field long-lived, resilient data centers that operate ‘lights out’–nobody on site–with very high reliability for the entire life of the deployment, possibly as long as 10 years.”

Natick, by the way, is a town in Massachusetts. So I’m eagerly looking forward to Project Dedham.