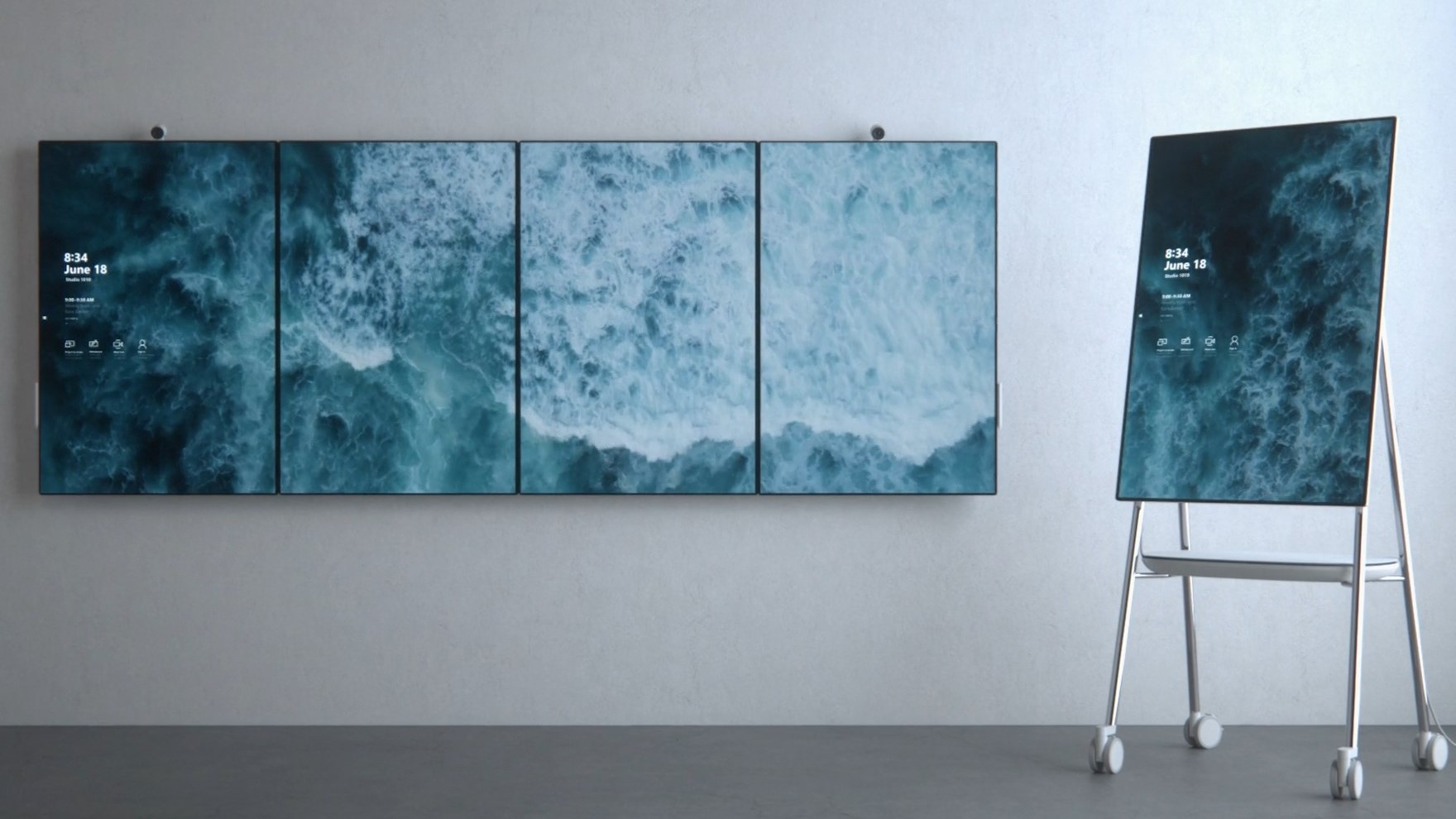 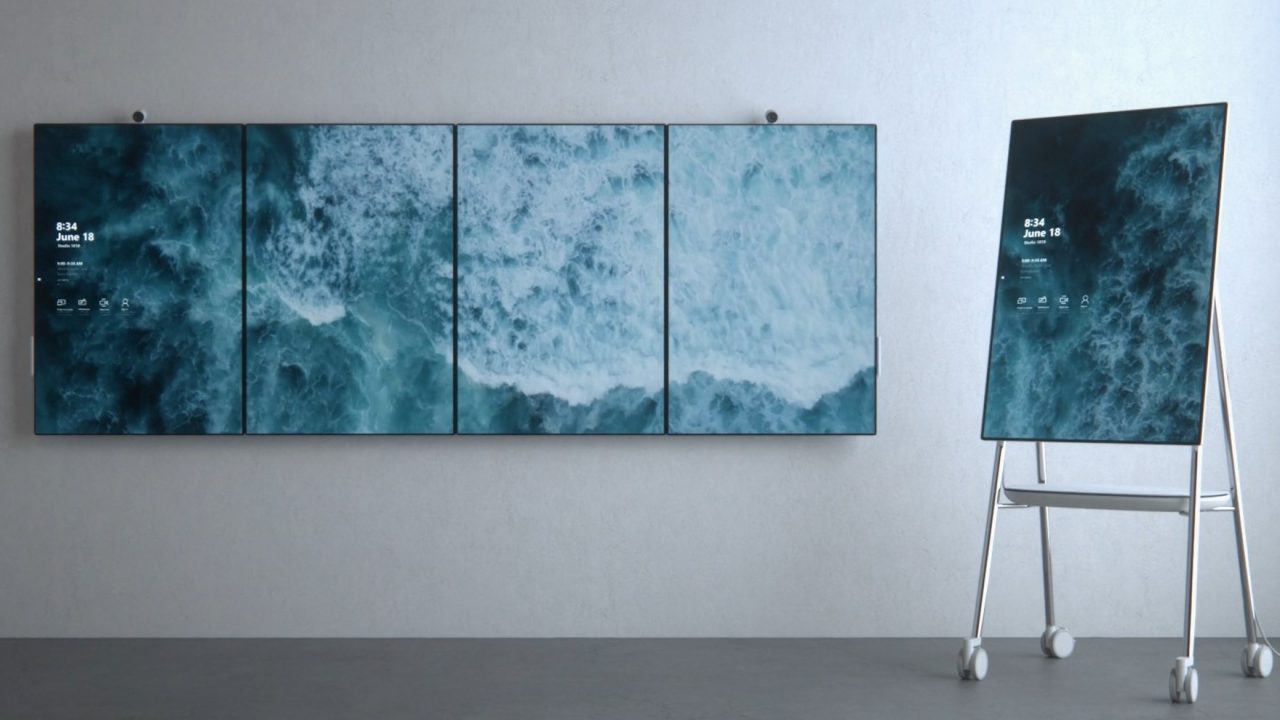 A few weeks back, Microsoft announced that the Surface Hub stock was running low and that the device would soon be nearly impossible to buy. The reason why stock is running short is that the company is working on the second gen device.

This week, Microsoft has begun more openly talking about the new hardware and we finally have our first look at the new device. It should be noted that we don’t have a full list of specs at this time, the company is still working on finalizing the hardware which means they aren’t ready to share the weight or internal specs of the display but this early look at the hardware will certainly raise a few eyebrows.

Microsoft has re-thought a lot about how displays function in the collaboration space and we are seeing quite a few changes in this new device. For starters, the hardware only comes in one size, 50.5in, and the aspect ratio now matches that of the rest of the Surface lineup at 3:2.

And Microsoft loves their hinges and this device is no different, it can now rotate 90 degrees.

The resolution is higher than 4k which means that there shouldn’t be any issue with clarity when standing up close to the hardware. Pen input is still available as well and I’m told the input accuracy should match that of other Surface products. 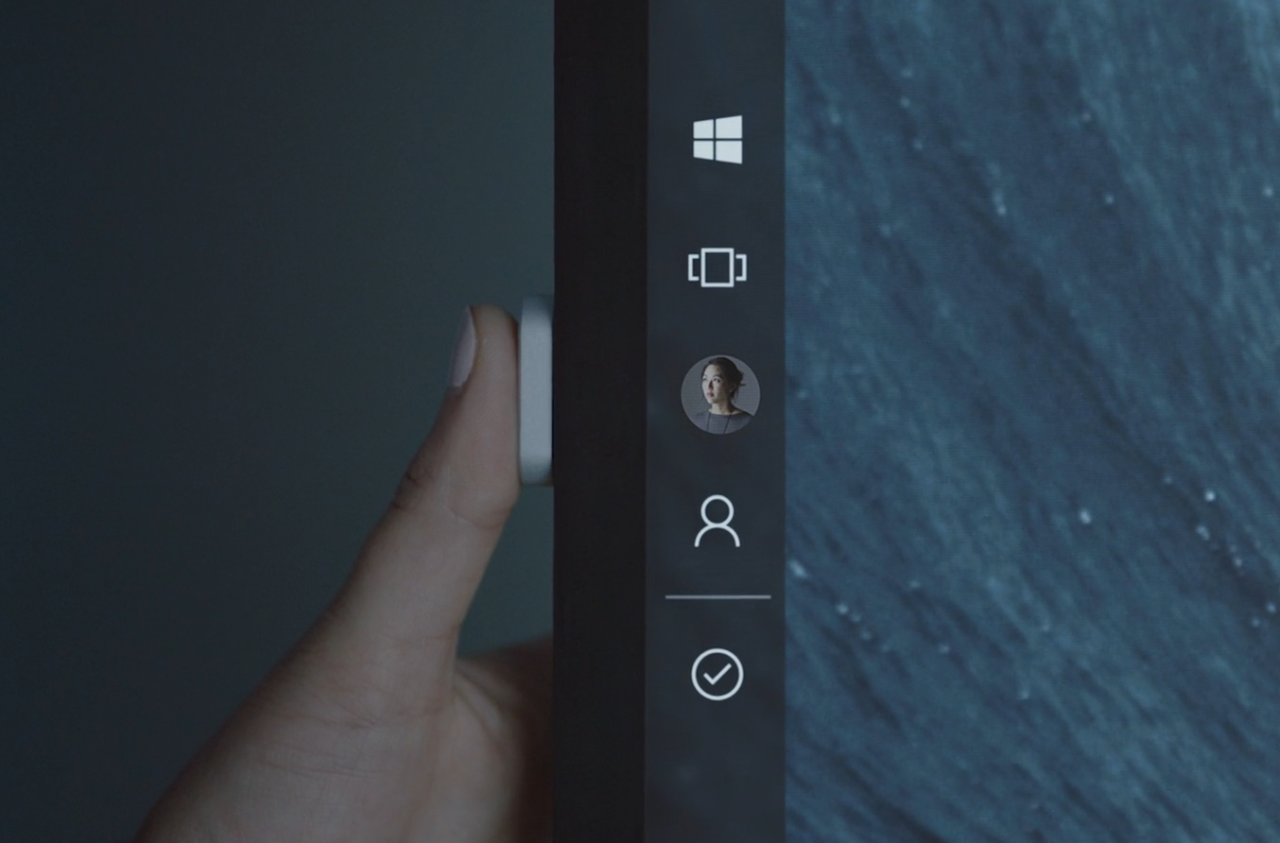 Microsoft is also introducing biometric login support with a fingerprint reader which is designed as a method of enabling two-factor authentication.

While the device does only come in one size, multiple Hubs can be paired together to create a larger canvas for collaboration; Microsoft calls this ’tiling’ The company believes that this approach will serve its customers better, rather than having two fixed iterations.

But the major change here is the ability to turn the device 90 degrees which makes holding video calls more natural and for when devices are on a cart, it creates an easel-like experience. The company is hoping that by increasing the flexibility of the hardware, that it will find its way into more offices around the globe.

As for the software, Microsoft tells me that it is running an iteration of Windows 10 and that UWP apps will run as well but we will need to wait for the full spec-release to better understand how this machine is operating behind the glass.

Surface Hub 2 will start heading out to customers later this year but only in a small pilot group. If you want to buy one of these new devices, look for availability coming in 2019 but with pricing not yet finalized, getting your purchase order approved could be a bit more difficult.

On paper, this device looks excellent. Microsoft has clearly listened to customer feedback and is working on making the device more affordable as well. I eagerly look forward to getting some hands-on time with this hardware in the near future as the promise on paper is encouraging and I can only hope that the device in practice holds up to the high bar the Surface brand has established.