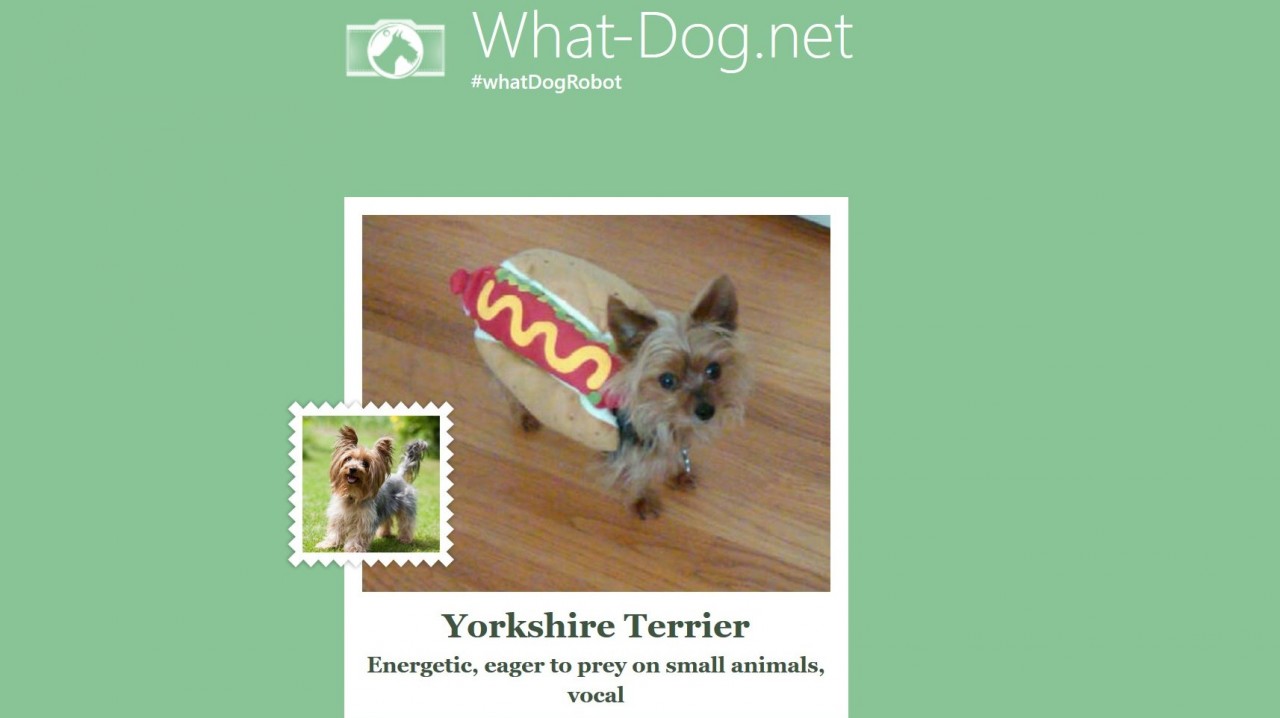 For the past few years, Microsoft has been touting ‘machine learning’ as the next best thing since the capacitor. The technology, which utilizes large quantities of data to help identify, predict, or prevent future outcomes is starting to come to fruition and the Redmond based company has created another example of how this technology can be used.

If you have ever looked at a dog and wondered what breed it is, Microsoft now has an app that can help you avoid awkwardly asking its owner that very same question. Called Fetch!, you take a photo of a dog and the app will tell you the breed.

If you don’t have an iOS device, there is a web version of the tool that you can view here. I used the web version for the image at the top of the post and it did identify the breed correctly despite the fact that my dog is wearing a hot-dog costume.

While this app does seem like a novelty and it won’t add to the bottom line, what it does show off is the power for Microsoft’s machine learning capabilities. The tool is quick and so far, mostly accurate, which highlights how fast the process has become at utilizing big data to identify objects.

It’s quite easy to see how this technology can be applied elsewhere including searching for missing person with crowd-sourced photographs from a public event, or trying to identify a part from a machine that you need and you don’t know its name.

By using the tool, you are also helping the platform learn as well. With each new data point, machine learning should, in theory, become more accurate as it has a wider knowledge-base to help identify furry companions.

Machine learning is a critically value proposition for Azure and Microsoft wants to tout its capabilities to show that its offering is superior to Amazon’s services. Considering that the company’s future depends on strong growth and adoption of its cloud suite, expect to see unique advertisements like this pop up from time to time.