How to Create a Multi VM vApp in vCloud Director 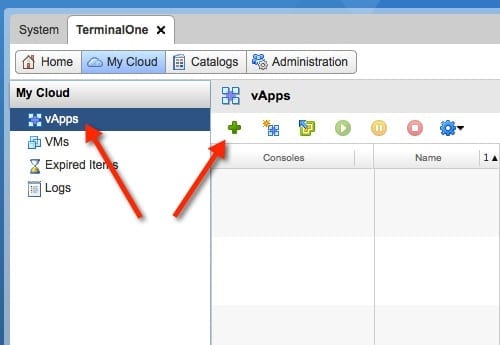 I was talking to some users recently and was having a discussion about how to create a vApp in vCloud Director. I thought to myself that creating a VM will by default create a vApp. But in most peoples minds a vApp translates to a multi-VM vApp. I have prepared this walk through from the side that a user can also use to create this kind of vApp. 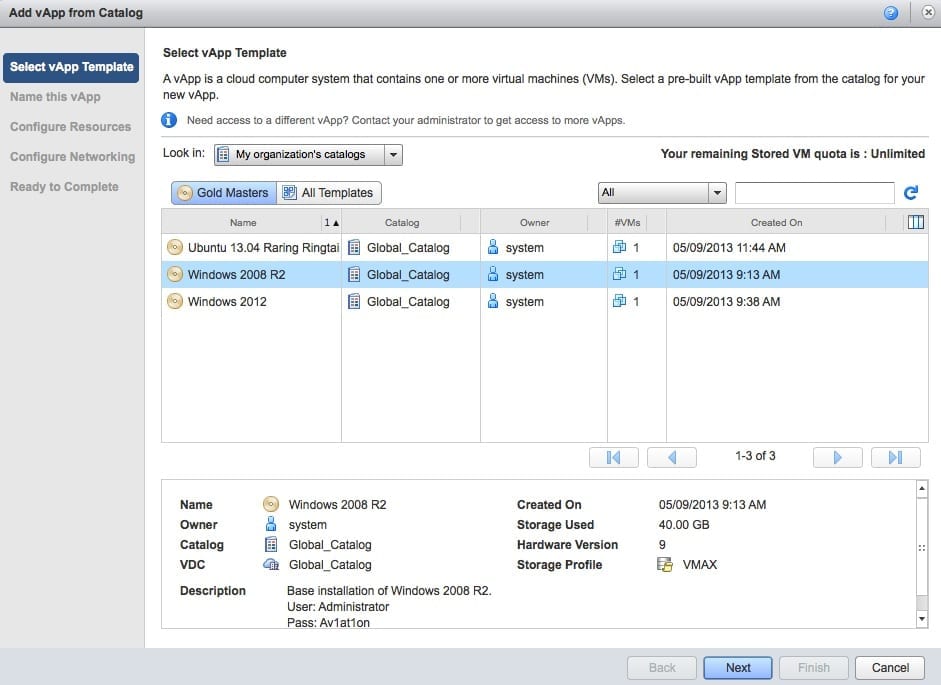 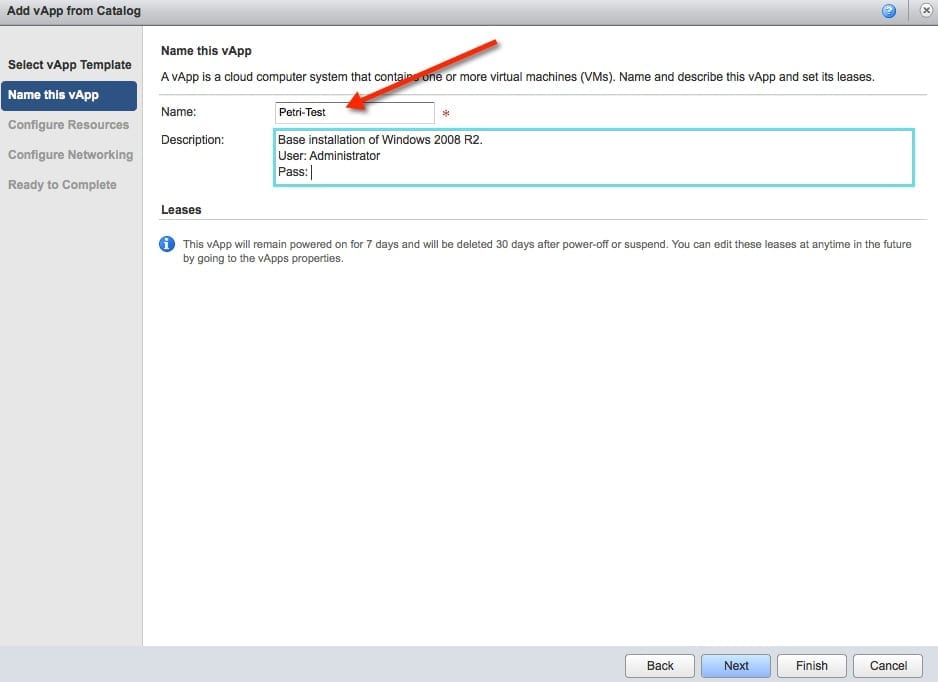 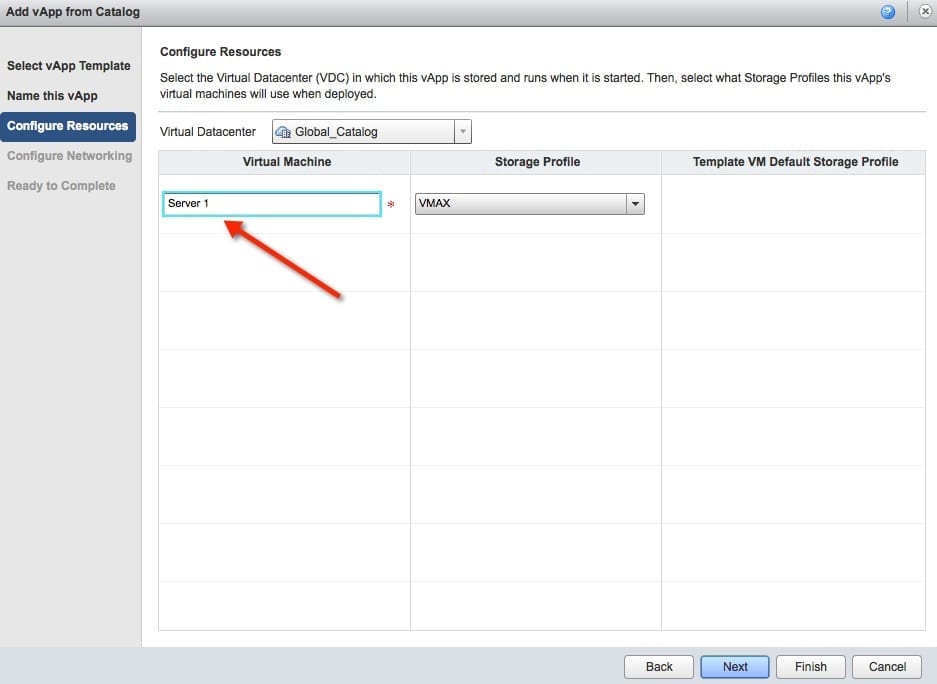 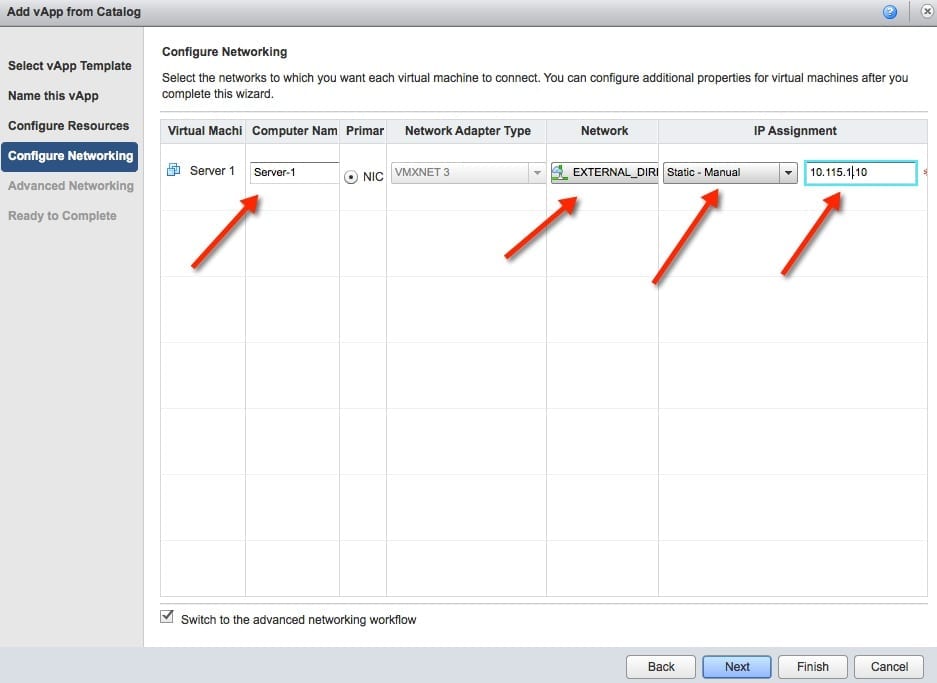 The image below shows confirmation of the settings that were configured for networking in the previous step. If everything looks right we can proceed. 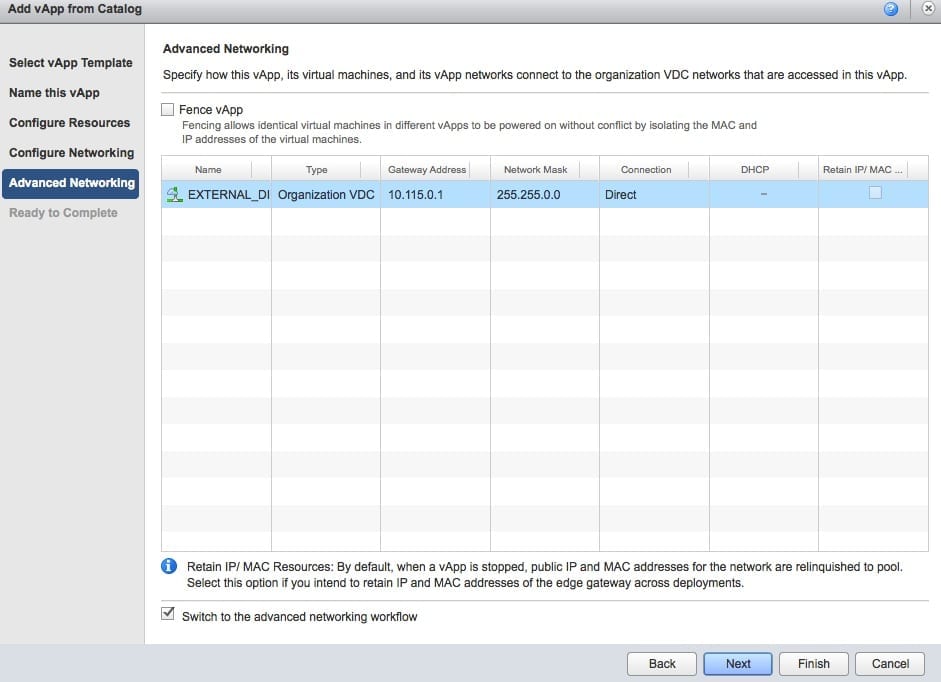 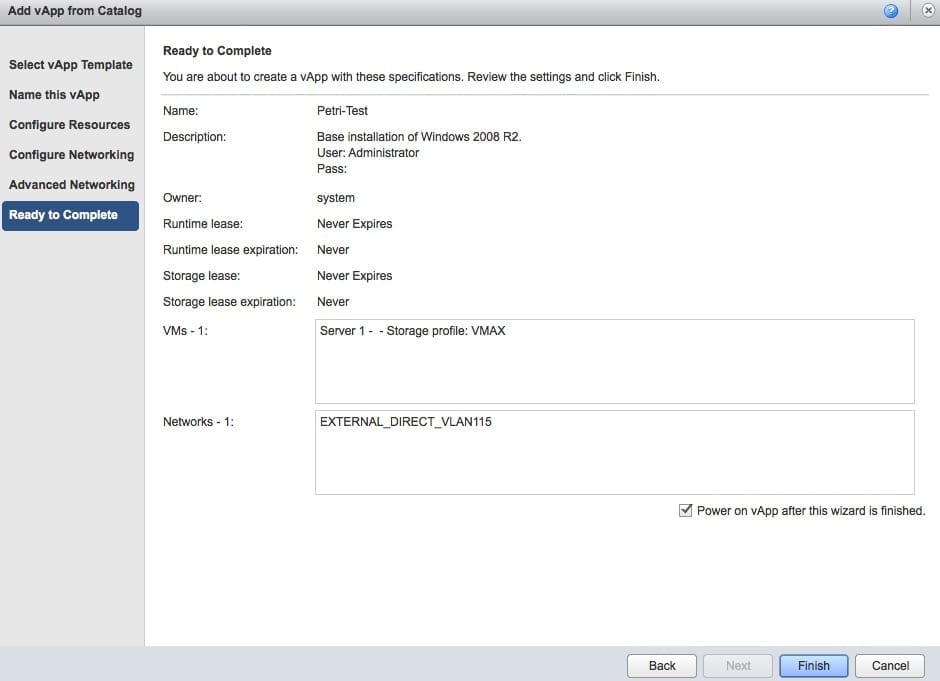 Now that we have our vApp created and it contains a single VM, we are going to add a second VM. This will leave us with a vApp that will contain two VMs. 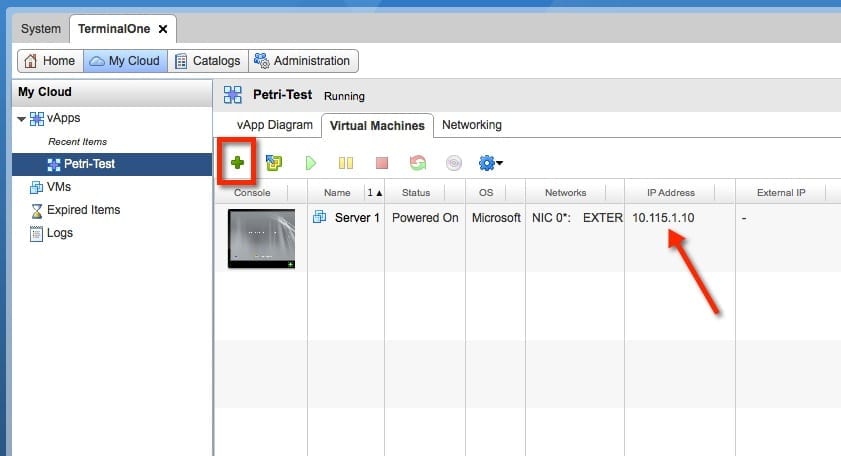 For the creation of the second VM I am not going to do the complete walkthrough again. I have just highlighted the configuration of the networking section. 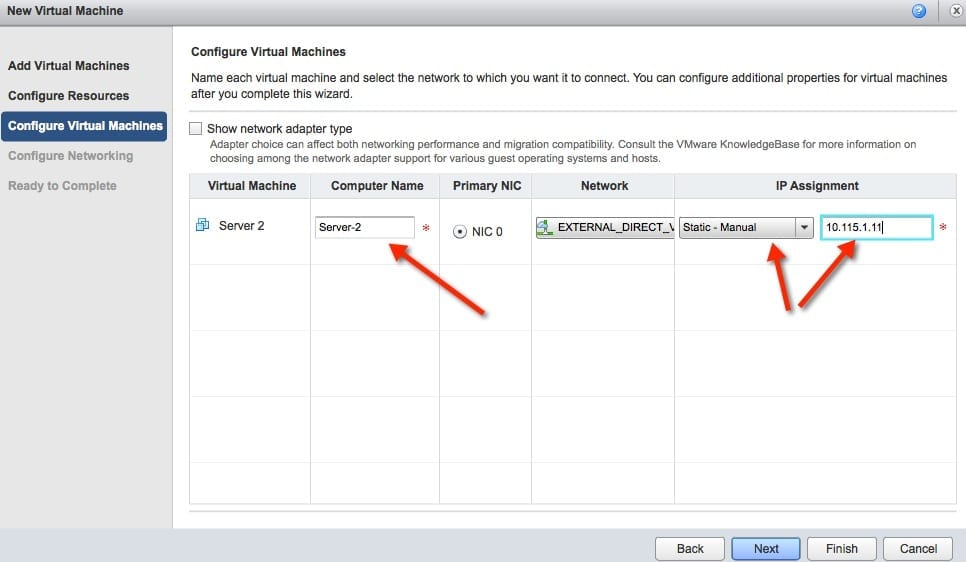 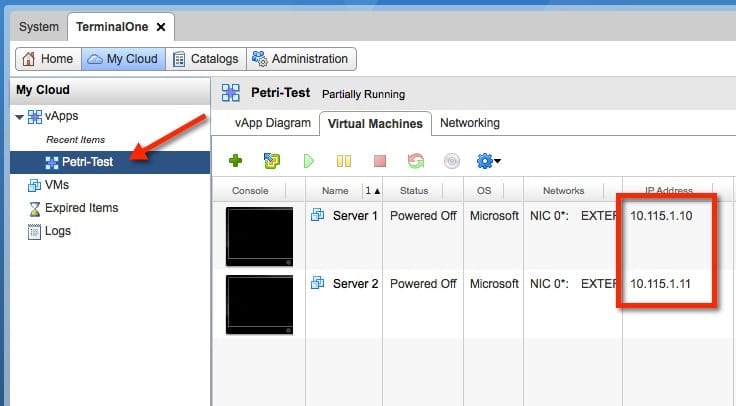 In this walkthrough we have created a vApp with a single VM and then went back and added a second VM. When completed we now have a VM that contains two VMs and they both have static IP addresses. If you wanted to create a larger vApp you can continue the process with your third, fourth, etc.