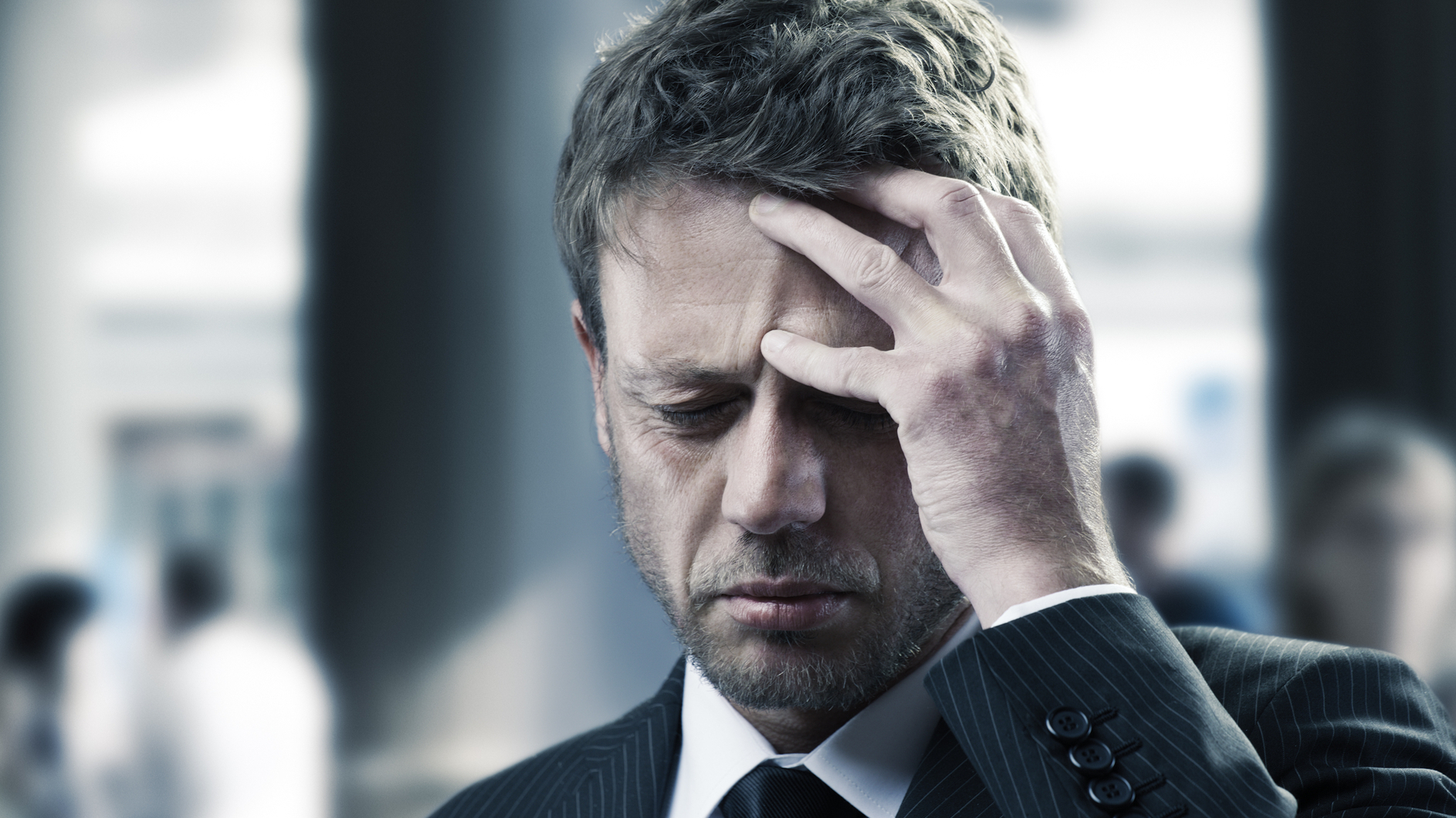 Ask anybody with kids “what is your worst experience as a parent?” Is it the fears that rise up when they aren’t home on time? The concern when they struggle — socially, academically, emotionally, or otherwise? The self-doubt about choices regarding limits, permission, healthcare, and so on?

Nope. The worst feeling is when your child lies to you. When this happens to you, it tears down your entire world. In early years, the lies can seem cute: there’s the whole asking “did you eat the chocolate cake” (while they stare at you with a chocolate goatee). Or “did you color on the walls” (when they are an only child).

But mostly, it just hurts. Maybe being lied to hurts less when children are little, but it seems to hurt more so when they are big. The pain is there regardless.

And that’s why I want to talk to you today about your ISP. I know very few IT professionals who trust their WAN provider, a feeling that is due, in large part, because of past lies. I’m not talking about mistakes or miscommunications. I’m talking about bold-faced whoppers.

Like the time the tech on the phone told me they had looped my circuit. He said it looked good on his end, and the problem was inside my network. He said this as I stood there with the unplugged T1 connector in my hand. When I pointed this out, there was a pause and then, “Oh, I guess I was looking at a different circuit. Hang on. . .”

Or the time, after several calls about consistently slow service, the tech insisted it was a misconfiguration on our end. I sent them a simple ping output that showed every other packet being dropped. Then and only then did the tech discover that the bandwidth statement on their equipment was set to half of the actual circuit speed we had ordered.

I name two situations, but anyone who has been working on networks for more than a few weeks probably has their own supply of war stories.

Again, I’m not complaining about honest mistakes or hard-to-diagnose failures. Those happen and the technical term for that is a regular day at work.

That’s why I’m so excited about NetPath, which is one of the new features in SolarWinds NPM 12. Here’s what it looks like: 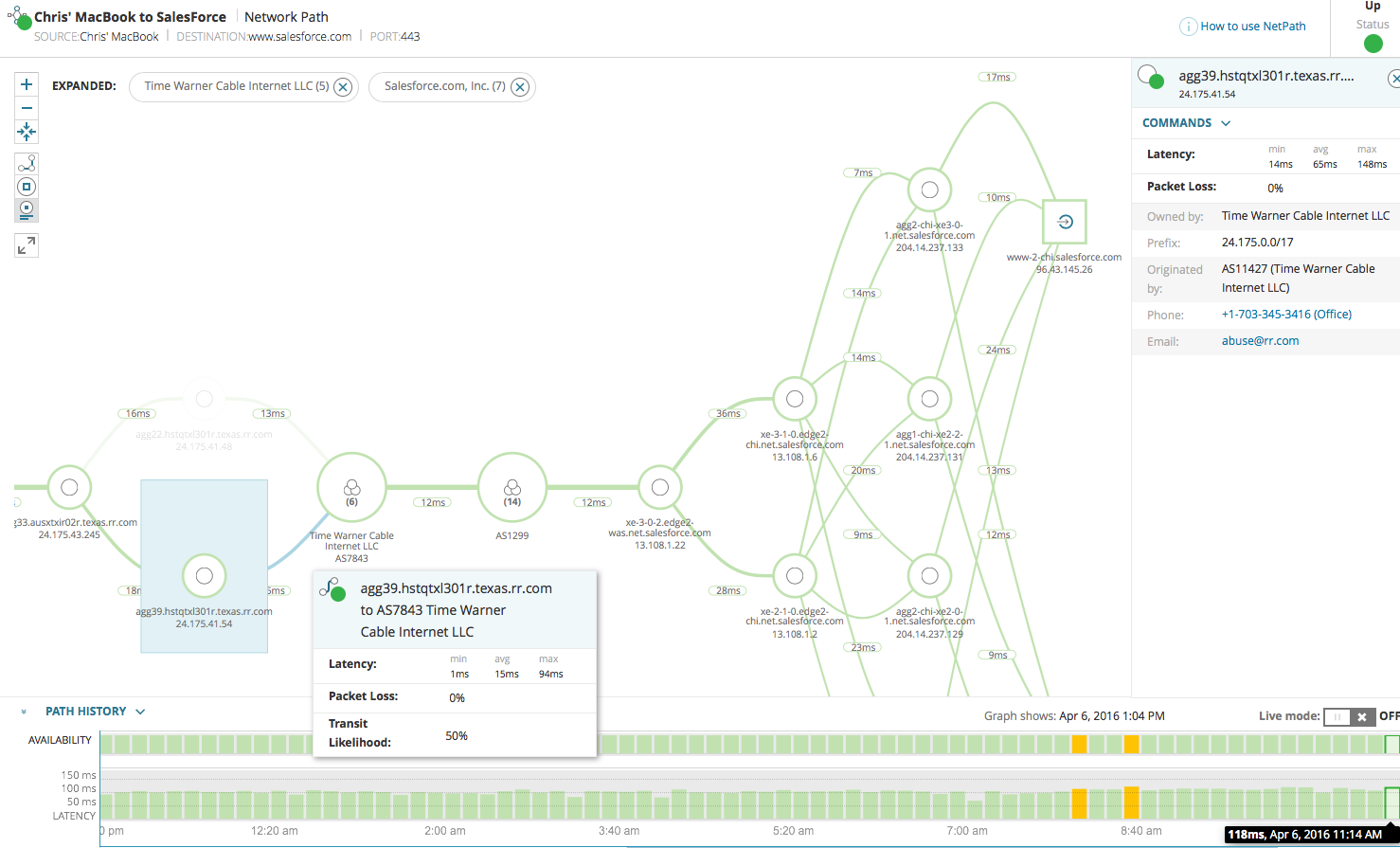 What you are looking at is a picture of the devices inside the ISP’s cloud. It shows each device, any latency the device introduces as packets flow through it, and any alternate routes. Additionally, this data is stored so that you can scroll back through time to find out what was happening minutes or hours ago.

What this means is that you have your own source of truth for where your packets are going once they leave your premises, along with a good idea of how fast they are traveling. And you have this information for the current status, as well as historical data.

Why is this such a big deal? Because whether we like it or not, hybrid IT is coming, and my colleague Patrick Hubbard rightly states that none of us in the IT department actually asked for it. Presuming, of course, that it hasn’t already arrived at your company.

And the odds are high that the hybrid cloud has already arrived. In a recent study SolarWinds discovered that 34% of the companies surveyed had 10 to 24% of their infrastructure already in the cloud and another 25% of those businesses had over 25% migrated. When asked to look ahead, 3% of those business believed their entire infrastructure would move to the cloud in the next 3 to 5 years. But 32% predicted that 10 to 49% of their environment would get there in that timeframe and another 40% of those surveyed placed their estimate more at the 50 to 99% range.

If your company is already in the cloud to some extent, how do you as an IT professional validate that things are working properly?

Before answering I want to define the challenges more specifically.

Moving part of the environment to into the cloud has the potential to affect availability, performance, and security of those elements. The challenge is that by moving outside the corporate datacenter, performance and availability become tightly bound up with an area that has previously been exclusively the purview of your ISP.

Service providers rarely provide insight into which devices are creating additional latency or what routes are available from point A to point B. So if your company experiences difficulty connecting to a service, be it simple offsite storage or not-so-simple containerized high availability mission-critical applications, how will you know if it’s an issue within your environment, or a problem on the cloud provider’s end, or the connectivity in-between?

The only reasonable answer is that you need to have tools that provide visibility into your entire environment — on premises, in the cloud, and everything in-between. Those tools have to be able to show a variety of device types — routers, load balancers, storage, servers, etc. — from a range of vendors. The tools must account for the virtual layer, whether that’s virtual servers or virtual networking, as much as it does the physical layer. And because your IT environment is only going to get bigger and more complex as it extends itself into the cloud, the tools you select must scale up in terms of devices, as well as being able to scale out in terms of variety.

Parenting educators teach that the best way to avoid the pain of being lied to by our kids is to avoid giving them a chance to fib in the first place. Instead of asking whether the child ate the cake, you simply state, “I can see you had some cake, huh?” and start the conversation there.

With SolarWinds NetPath, the phone call to the ISP can start with “I see that ‘207.88.15.77.ptr.us.xo.net’ has been adding 5 seconds of latency for the last 20 minutes. What can we do about that?” That way we don’t have to suffer the crushing disappointment of hearing them say “Uh, the network looks fine to me.”