Azure is getting a lot of hype in the Microsoft world right now. For most companies, Microsoft Azure’s hybrid cloud solutions are the easiest to adopt, thanks to the fact that these solutions supplement, rather than replace existing on-prem investments. One such feature is Azure Backup, which offers online backup.

Online backup is nothing new; many have been customers or resellers of these solutions for over a decade. But Microsoft is still a relatively new player in this market, and most are unaware of what Azure Backup can offer. In this article, I’ll explain three different ways you can use Azure Backup to protect your on-premises workloads.

One thing that people find confusing is that there’s different variations of Azure Backup. That can be confusing, so I like to identify the three hybrid offerings using the following names: 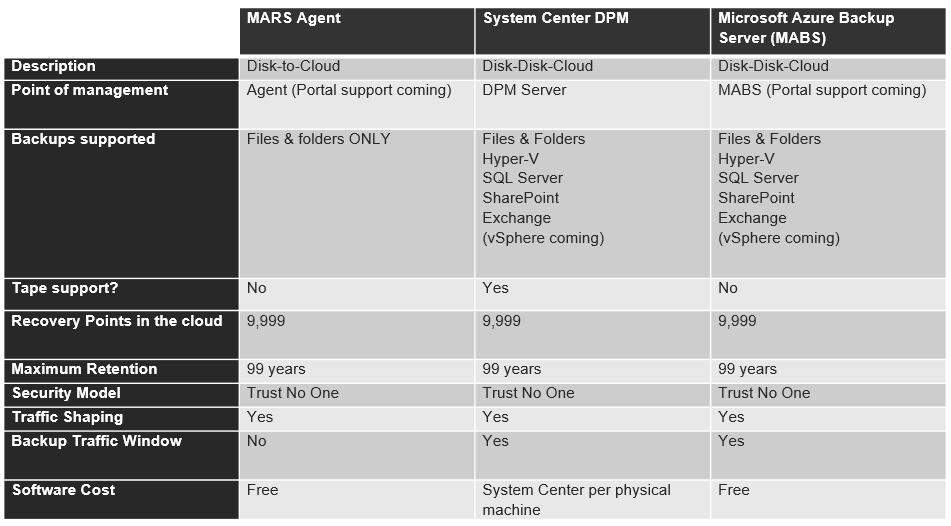 The Microsoft Azure Recovery Services agent can be downloaded and installed onto a Windows PC (Windows 7 or later) or server (Windows Server 2008 or later) to backup that individual machine. A backup job is scheduled, managed, and monitored on that machine. There’s no centralized console at this time, but it’s in the works; see Project Venus. The agent will backup selected data on the machine and send it directly to a backup vault in Azure.
Note that:

The scenarios where MARS suits include:

A lot of organizations have purchased System Center licensing and can choose to deploy the included Data Protection Manager, Microsoft’s backup product, instead of the usual names like Veeam, ArcServe, Commvault, and so on. DPM can protect more types of sources than MARS, including:

DPM is installed on-premises on a physical or virtual machine that has access to a large and cheap disk array. DPM agents are deployed to each host/machine that must be protected and a protection group is created to backup selected items to the local disk array; this is disk-to-disk backup.
DPM supports extending disk-to-disk backup to disk-to-disk-to-cloud backup. The MARS agent is downloaded and installed on the DPM backup server. This extends DPM functionality and lets you modify the protection group to forward some or all protected items to Azure. In this scenario, the local backup offers short-term retention, and Azure offers automated off-site storage with long-term retention.
Once again, there’s compression to reduce storage and bandwidth consumption and TNO security to protect your secrets.

What do you do if you want DPM with cloud backup support, but can’t afford the relatively expensive System Center licensing? 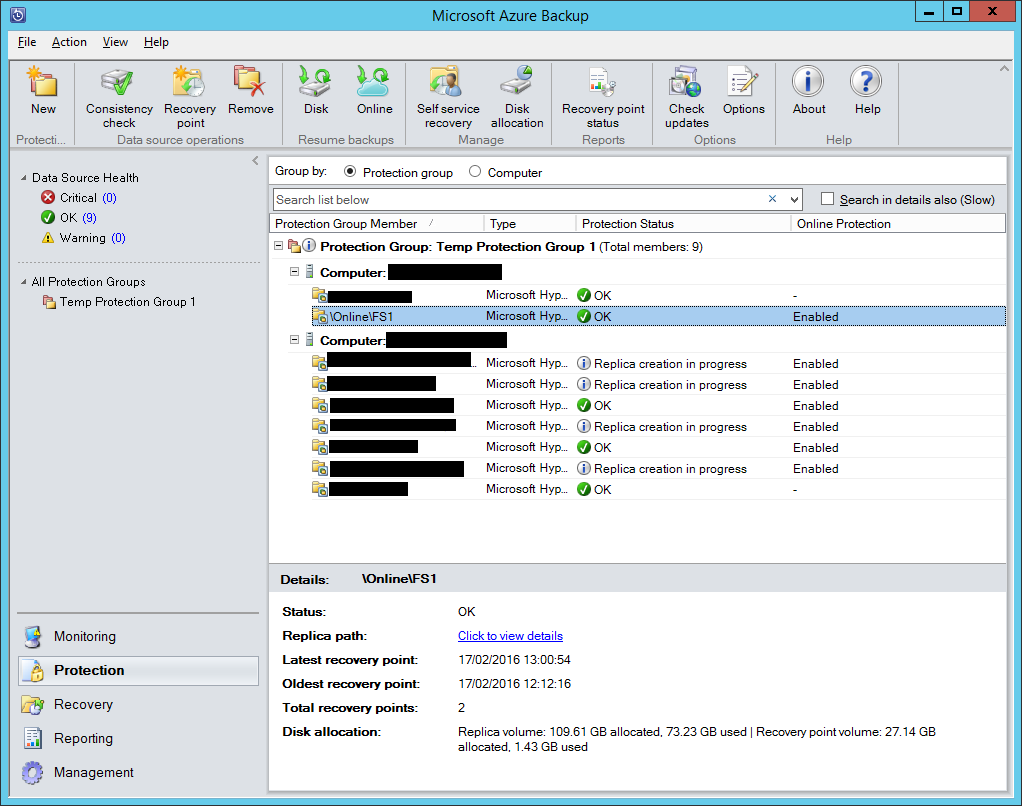 The Azure Backup and DPM team released a free version of DPM last year, called Microsoft Azure Backup Server (MABS), which is designed for disk-to-disk-to-Azure backup. MABS is a customized version of DPM that gives you everything you get in DPM, excluding tape drive support. This means that you can protect all the same data sources as DPM and get the same disk-to-disk-to-cloud backups with centralized management on the MABS server that you get with DPM … for free … no need to pay for a backup server product!

So which of the three options do you go with?

What if you have other backup needs that Microsoft cannot support? Many other vendors, such as Veeam, Commvault, ArcServe, and Altaro, have the ability to do disk-to-disk-to-cloud backup using Azure storage accounts; some use the same very affordable Block Blob service that Azure Backup uses, and others require you to deploy virtual machines in page blobs and disks storage. Consult the vendors of those other backup servers to see what they can do with Azure.