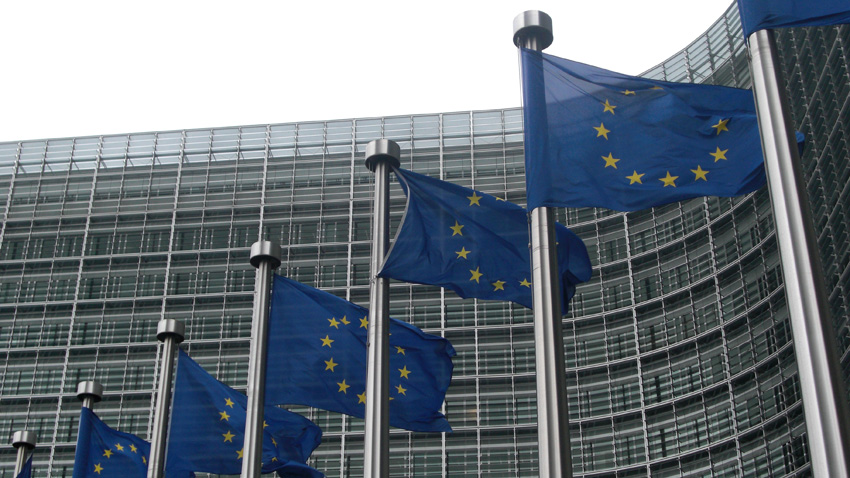 Late last week, Google finally issued its formal response to the European Commission’s Statement of Objections in a long-running antitrust case regarding alleged abuses in its search engine. In rejecting the EC’s claims outright and admitting to no wrongdoing, Google is risking a Microsoft-style disaster that could cost billions in fines and untold months or years of lost momentum.

“We believe that Google increases choice for European consumers and offers valuable opportunities for businesses of all sizes,” Google senior vice president and general counsel Kent Walker writes in post—titled Improving quality isn’t anti-competitive—to the firm’s Europe Blog. “We believe that the Statement of Objection’s preliminary conclusions are wrong as a matter of fact, law, and economics. We look forward to discussing our response and supporting evidence with the Commission, in the interest of promoting user choice and open competition.”

The EC has been investigating Google’s alleged abuses in the Internet search market for several years, and while the previous regime attempted to settle with Google in terms that were favorable to the online giant, outrage from customers and lawmakers scuttled those plans, and the current EC competition commissioner, Margrethe Vestager, has proven to be a tougher protector of EU law than her predecessor.

As I wrote previously, the EU’s case against Google is clear-cut: Google artificially doctors its search results to favor its own services over those of niche or vertical market competitors. And because it is the gateway to the Internet for most of the EU’s population, with over 90 percent usage share there, it has unique insight into what people are searching for, so it can quickly ramp up its own offerings to compete with EU-based services.

That is not how Google sees it.

Mr. Walker does not deny that Google artificially doctors its search results to favor its own services. Instead, he claims that in doing so, no competitors were harmed.

“Traffic analysis rebuts claims that our ad displays and specialized organic results harmed competition by preventing shopping aggregators from reaching consumers,” he writes. “Economic data spanning more than a decade, an array of documents, and statements from complainants all confirm that product search is robustly competitive. And we show why the SO is incorrect in failing to consider the impact of major shopping services like Amazon and eBay, who are the largest players in this space.”

Assuming Google is correct about previous claims it made about the growth of online services in general, it is of course impossible to know how much these services might have grown if Google wasn’t actively undermining them. But Walker also claims that in doctoring the search results, Google is helping consumers. And this experience should outweigh any concerns about the impact such activities have had on the competition, he says.

“Users on desktop and mobile devices often want to go straight to trusted merchants who have established an online presence,” he writes, a harrowing prospect for any new company seeking a toehold online. “These kinds of developments reflect a dynamic and competitive industry, where companies are continuing to evolve their business models and online and offline markets are converging.” He then cites Google Shopping—which provides sponsored, not organic results—as an example of something that better serves both users and advertisers. “We don’t think this format is anti-competitive,” he adds.

In June, the EC found that Google was violating EU antitrust law by abusing its monopoly power in Internet search to hobble competitors and harm consumers. It issued its Statement of Objections, which are a formal charge of a crime.

“[Our] preliminary conclusion [is] that Google’s practice of positioning and displaying more favorably, in its general search result pages, its own comparison shopping service compared to competing comparison shipping services constitutes an abuse by Google in the relevant markets for general search services,” a redacted version of the EU charge sheet notes.

Google was given 10 weeks to respond, after which time the EC would announce its punishment. Or it could have settled, trying to reach some middle ground between the changes the EC would like to see and its own internal goals. But rather than settle, Google has completely refuted the EC charges.

This could be a mistake.

As I wrote previously, there are two fairly recent and relevant examples that Google should factor into any reply it makes to the EU: Microsoft and Intel. As a belligerent defendant that used language very close to Google’s Microsoft ended up paying over $2 billion in fines over several years when it decided to fight the EU, and the firm was also forced to make a bewildering set of behavioral changes that worked to help hobble the software giant over the past decade. Meanwhile, the more pliable microprocessor giant Intel decided to quickly settle its own antitrust case with the EU in 2009. Intel was fined a record $1.3 billion, but it did not need to make any behavioral changes.

The risks for Google are two-fold. It could be forced to pay a fine of 10 percent of its most recent annual revenues, which could be up to $6.35 billion. And it could be forced to endure behavioral changes over which it has no say in order to continue doing business in EU markets.

And of course Google faces other legal action in the EU, including a major coming antitrust case regarding its dominant Android OS. And more recently, a number of European search competitors—many of whom complained to the EC about its abuses—are readying civil suits that will use the evidence provided by the coming EC ruling. These suits could hobble Google in Europe for years to come.

Ms. Vestager is now expected to rule on Google’s antitrust charges by the end of 2015. My expectation is that the punishment will be far worse than anything Google could have agreed to in a settlement.