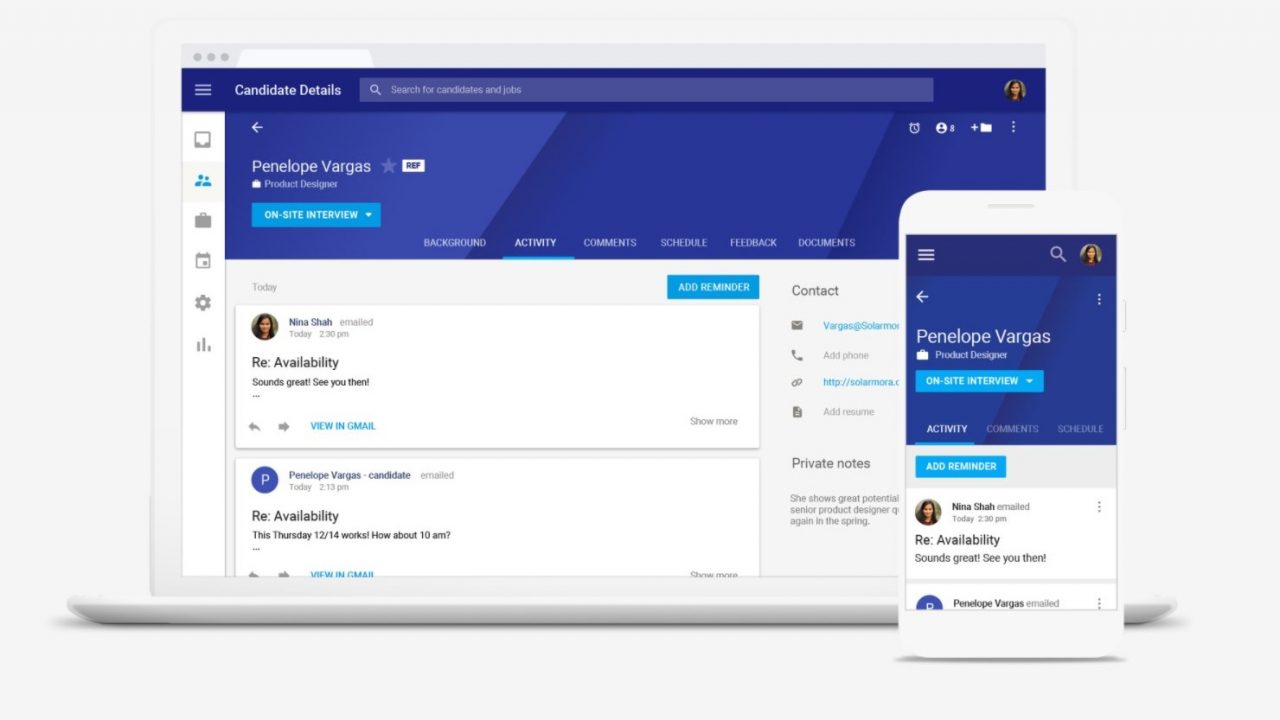 It’s no secret that Google wants to tap into the business world. The company has launched a renewed effort to build out Google Cloud, G-Suite is starting to see some corporate adoption, and up next, the company is going to help small to medium sized business streamline their hiring process.

Google Hire is targeted at making it easier find, track, and manage the entire hiring process which for small and medium sized companies, can be serious overhead. According to a study by Deloitte, it takes on average 52 days to fill an open position and costs about $4000 to interview each candidate.

Hire is integrated into Google’s G-Suite and allows you to use the platform to communicate with a candidate and that information will sync with your email and calendar. Think of Hire as a scenario-drive front-end to Google’s G-Suite that is designed for one specific task that integrates the data across the entire platform.

This new feature for G-suite may not be a killer app or something that gets someone to leave Office but what Google is doing is slowing building up its productivity platform to add additional value for its users. And if Google can keep adding these benefits, even if they are small in their use-case, they can be enough to keep someone from leaving G-suite for Office 365 which in the long run, is a big win for the company.

The productivity space is dominated by Microsoft’s platform and that company is also pitching it as the most secure solution as well. Google has a long road ahead to knock or even make a serious dent in Microsoft’s kingdom but with each small step, they make their offering a little bit better.