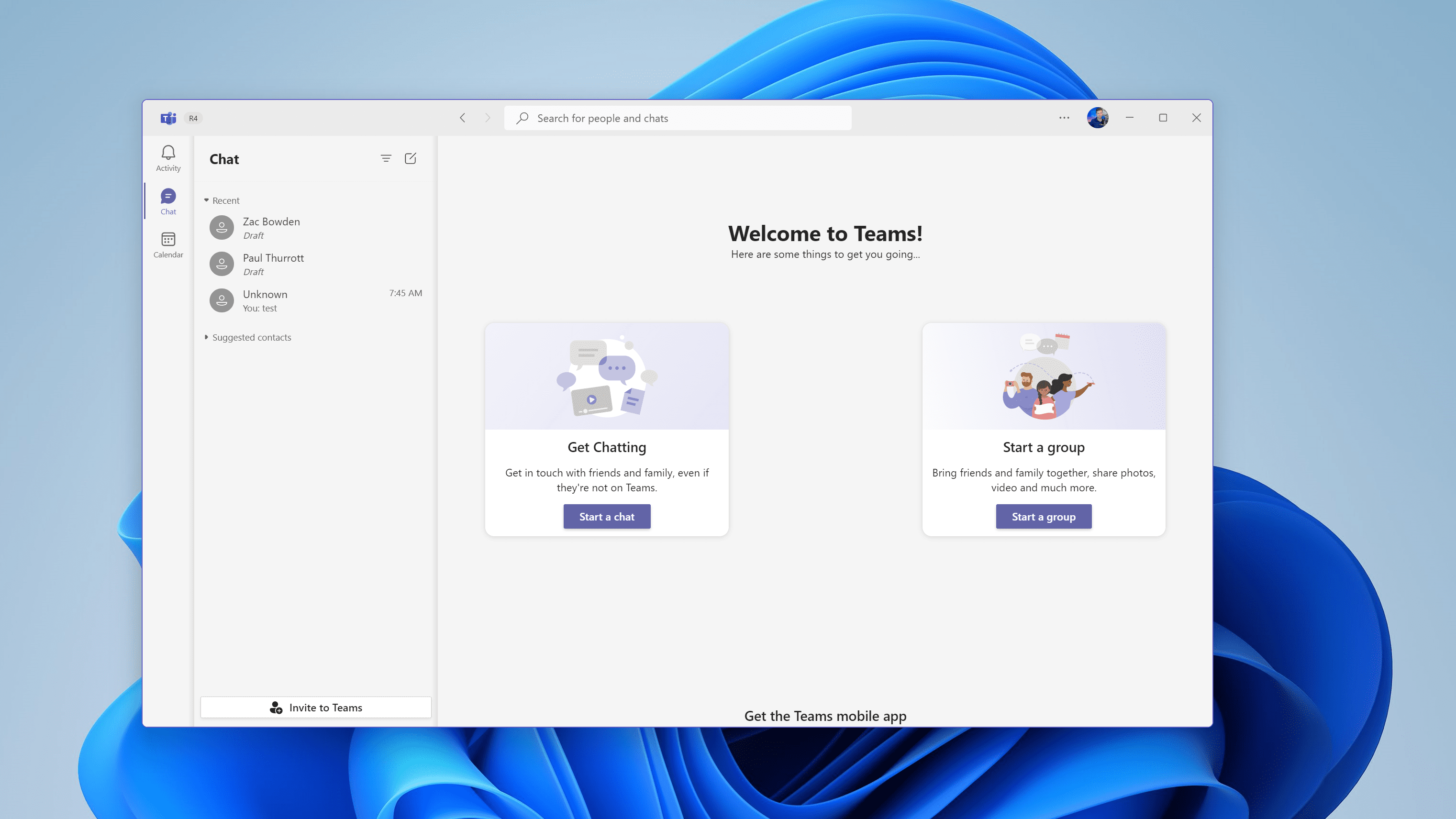 A couple of weeks back, Microsoft announced Windows 11 and with it, a new Teams experience would be launching with the OS. We later learned that Microsoft was overhauling the application to ditch Electron in favor of technologies that do not undermine performance on even high-end hardware.

The new app, unofficially referred to as Teams “2.0”, is not yet publicly available but I was able to get my hands on an early build and give it a spin. While there is not much to report on back yet, as it is still quite basic, it does give us a look at the direction that Microsoft is headed with Teams 2.0.

The app installs quickly and has a minimalistic UI that allows you to chat with contacts, view your calendar, and see activity. The app does appear to be working for consumers as messages can be sent and received but as of right now, there is no message interoperability with Skype.

To little surprise, the app has the same basic design as Teams 1.0. It’s worth pointing out that I was only able to log in with my MSA as my M365 account was not recognized when trying to authenticate. Microsoft pitched the Teams 2.0 app, initially, as a consumer-focused application that is bundled with Windows 11 – not being able to login with my M365 is expected behavior, for now. 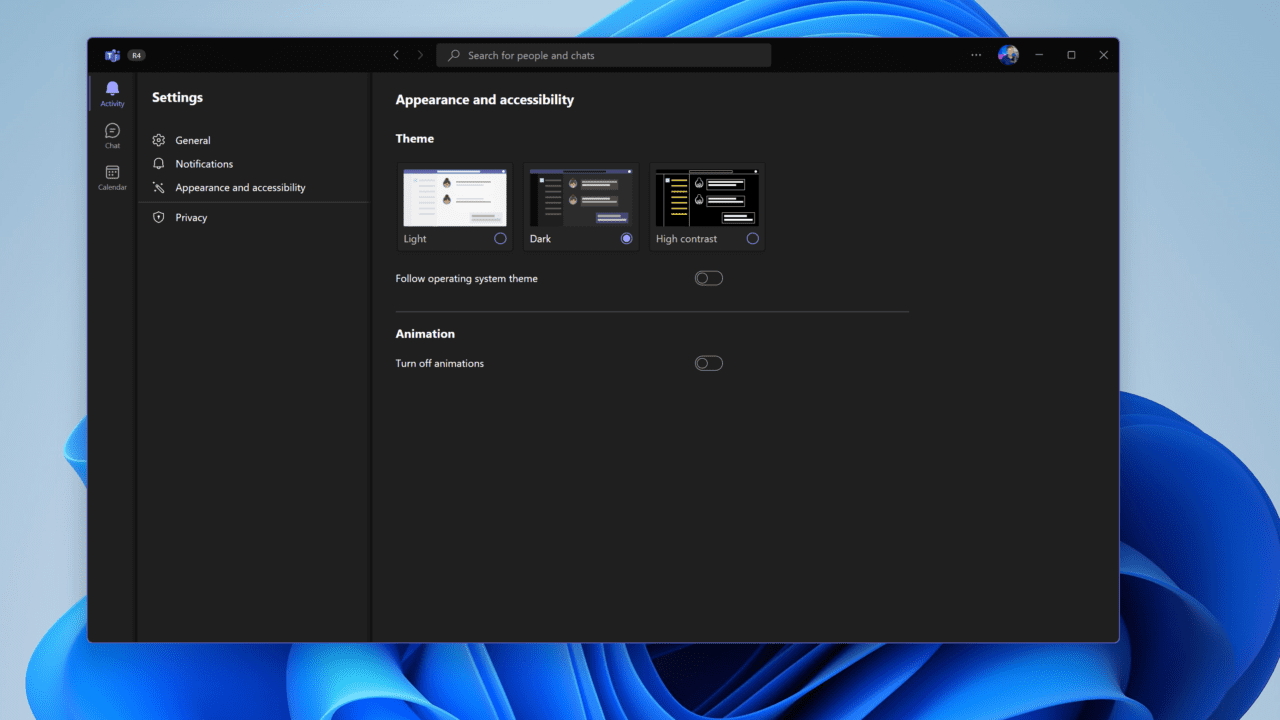 Along with the light theme, there is a dark theme and high contrast options. A toggle lets you turn off animations and you can sync the app to the desktop theme too.

When it comes to notifications, similar controls that are offered in Teams 1.0 are also available in Teams 2.0. You can disable mentions by action type or push all notifications to the Activity Feed. There is also the ability to quickly invite someone to Teams with a link – this feature is very similar to the “Meet Now” that currently exists in Windows 10/Skype.

Considering that this is an early build of the application, it is rather performant on my machine. That being said, it is not filled with data at this time, so this may not be an accurate representation of how it will perform on a daily basis. A quick look at Task Manager and shows that memory usage is about the same as Skype but again, this is an early build and I would not read too much into this data, yet.

The next big question is when will this app become available to everyone? I would expect that it should start showing up in builds of Windows 11 in the near future as it should be generally available this fall which means if Microsoft wants feedback and usage analytics, it needs to ship sooner rather than later.