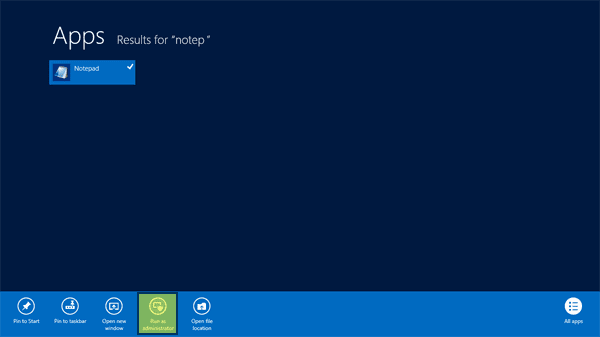 I literally have spent the past two years paralyzed over deciding which tablet I want to buy. The obvious choice of just buying an iPad never really felt right, as I already own two PCs and a Samsung Galaxy S3. I wanted a tablet that not only performed well on Facebook but also allowed me to hammer out some work as needed.

When the option surfaced to buy a Microsoft Surface RT tablet for $100 at TechEd 2013, I kind of felt like the choice was made for me. However, I’ve played around with it the past few days, and when the first opportunity to do a real work task came up, it occurred to me that I may have a problem on my hands. A small portion of my work requires me to sign into a portal that sits hidden on a server. The only way to access it is to enter the appropriate hostname, which is redirected to the proper IP via the hosts file.

There are a few other reasons you’d want to edit the hosts file, but the good news is that you can do it on a Microsoft Surface RT. If you wanted to edit the hosts file on your iPad, you’d have to jailbreak it first. If you want to do it on an Android tablet, you have to root it first. Now, I’m not a fanboy, I’m just speaking truths. In reality, editing the hosts file on an RT isn’t much different than on a regular Windows machine, but the take-home here is that the Surface RT is a tablet that allows you to do it, and that’s pretty cool (and useful).

The first step is to open up Notepad with administrator rights. In Windows 8 there is always more than one way to skin a cat. From the home screen I just type “notepad,” and it pulled up the Notepad app. Here you can either use a mouse or the trackpad, and right-click on the app, or you can simply swipe down on the touch screen. This will bring up the app menu which allows you to “Run as Administrator.”

With Notepad open (which will bring you to desktop mode), you need to locate the hosts file (File->Open). As in previous versions of Windows, and Windows 8, the hosts file is located at C:\Windows\System32\drivers\etc. 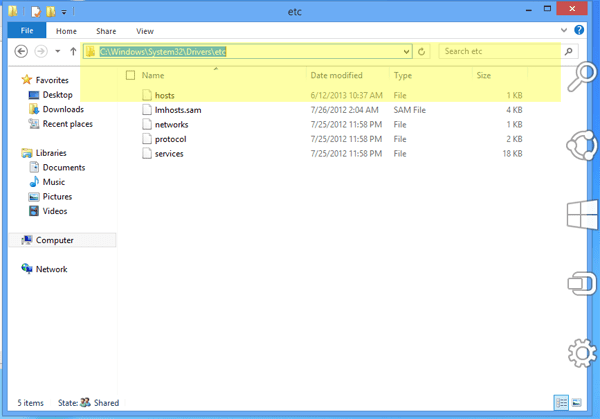 The Host file is at C:\Windows\System32\drivers\etc

By default, Notepad will attempt to locate .txt files and technically the hosts file is not a .txt file, so you will not see the file until you choose to view “All Files.” 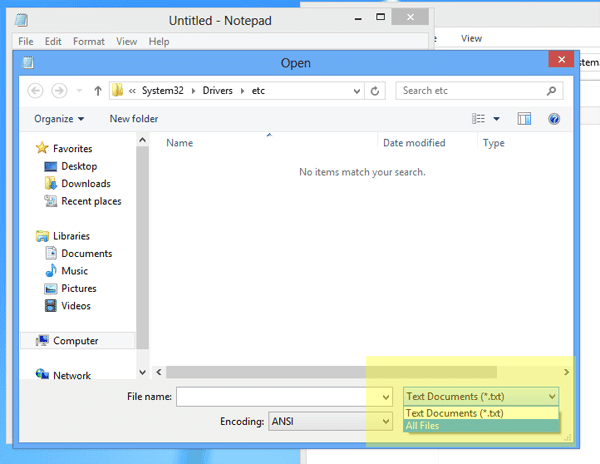 In order to see the hosts file in the open file prompt, you have to view “All Files.”

From here you can edit the hosts file however you need. Since you have administrative rights, simply save the file and be on your way. 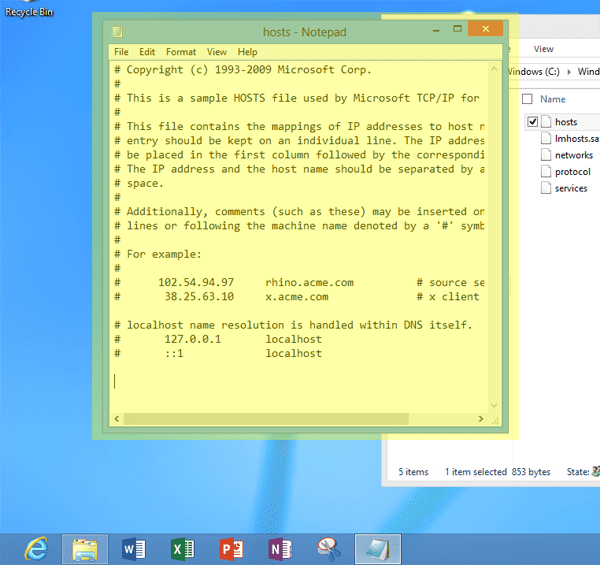 As I said above, editing the hosts file in Windows 8 RT isn’t any different or more difficult than it has been in previous versions of Windows. But the fact that you can edit the file on the tablet without hacking the software is a nice win for Microsoft.