Create a Network Map in Windows 7 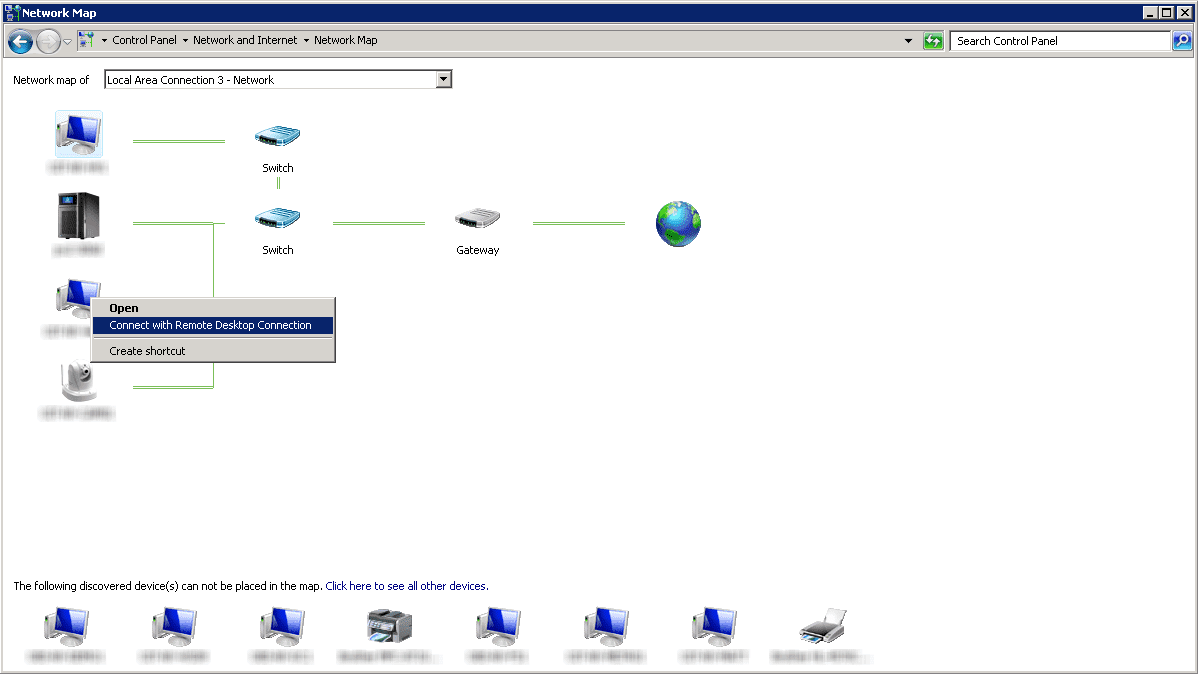 Network discovery is a network setting that configures a computer to allow it to find other computers and devices on the network. It also configures whether other computers on the network can find, or “discover” that computer. One of the benefits of having the network discovery enabled is the fact that you can generate a map, that is, a diagram of the devices on your network. This is quite useful as, say, you hover the mouse pointer over a computer or other device you get more information about the device. Such information may contain IPv4 and IPv6 addresses, the MAC address, and possibly other information, such as a link to the device’s configuration page.

For computers with shared resources, you can double-click them in Network Map to open them, just as you can in the Network folder. 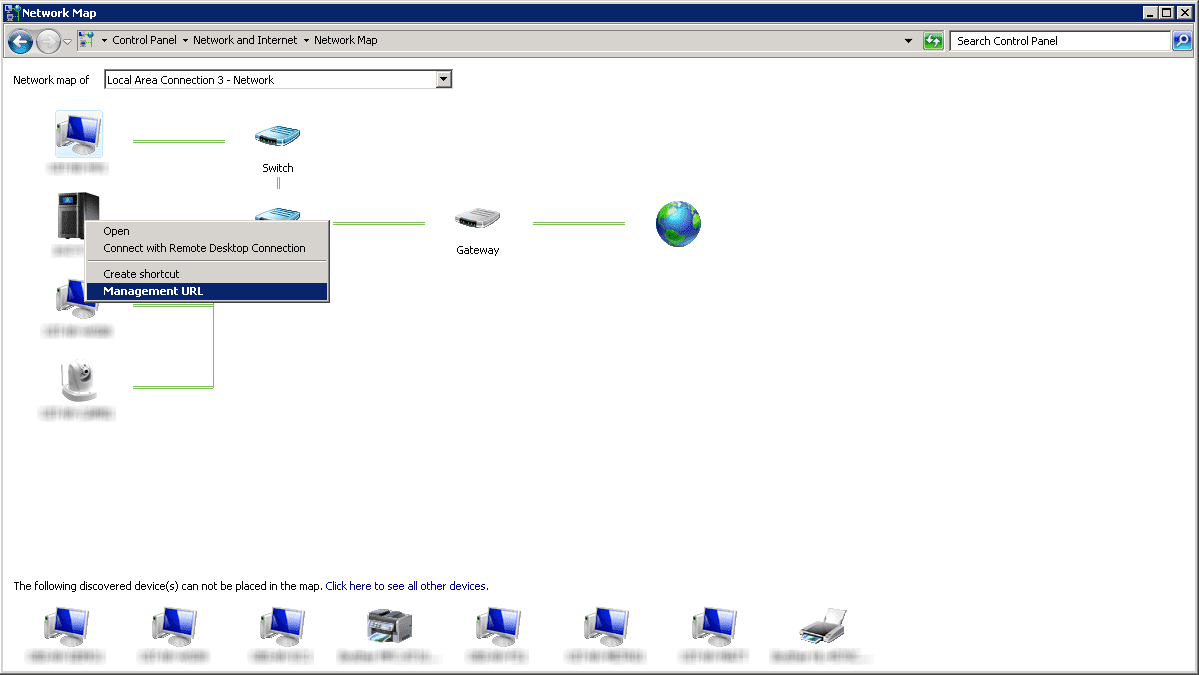 There are three network discovery states:

Network Map uses a discovery protocol called Link-Layer Topology Discovery (LLTD) that queries other devices on the network to determine how the network is organized. Network discovery requires that the DNS Client, Function Discovery Resource Publication, SSDP Discovery, and UPnP Device Host services are started, that network discovery is allowed to communicate through Windows Firewall, and that other firewalls are not interfering with network discovery. Download Link Layer Topology Discovery (LLTD) Responder (KB922120).
Windows Vista, 7 and 8, plus Windows Server 2008/ 2008 R2 and 2012 include the software components that implement the LLTD protocol. There are two components that allow it to work.

If some but not all of these are true, the network discovery state will be shown as Custom. In addition, there may be some devices (such as computers, routers, switches, printers, and media centers) that may interfere with the discovery process. You will need to disconnect them from the network in order to generate the full network map. By the way, some of these issues may be fixed by upgrading the firmware on these devices, although in some cases, upgrading the firmware on other devices that were displayed just fine might bring the opposite results… go figure.
By default, the components run on home or private networks, but do not run on domain or public networks.

When you have administrative privileges, you can enable or disable the Network Map feature in Windows. Network Map uses two components: The mapper input/output (I/O) component queries the network for devices to include in the map, and the responder component that runs on computers on the network, and allows them to respond to the queries from the Mapper I/O.
By default, the Mapper I/O and the LLTD Responder components only runs on networks that have a location type of Home or Private, and does not run on networks that have a location type of Public or Domain. By using Group Policy you can either enable disable the Mapper I/O component, or change the location types in which it is allowed to run.

You can use Group Policy settings to enable or disable Network Map components for any of the network types: home, private, public, and domain.
Note: In some cases (though I haven’t experienced them yet), the Network Map feature may work even without you making these changes. 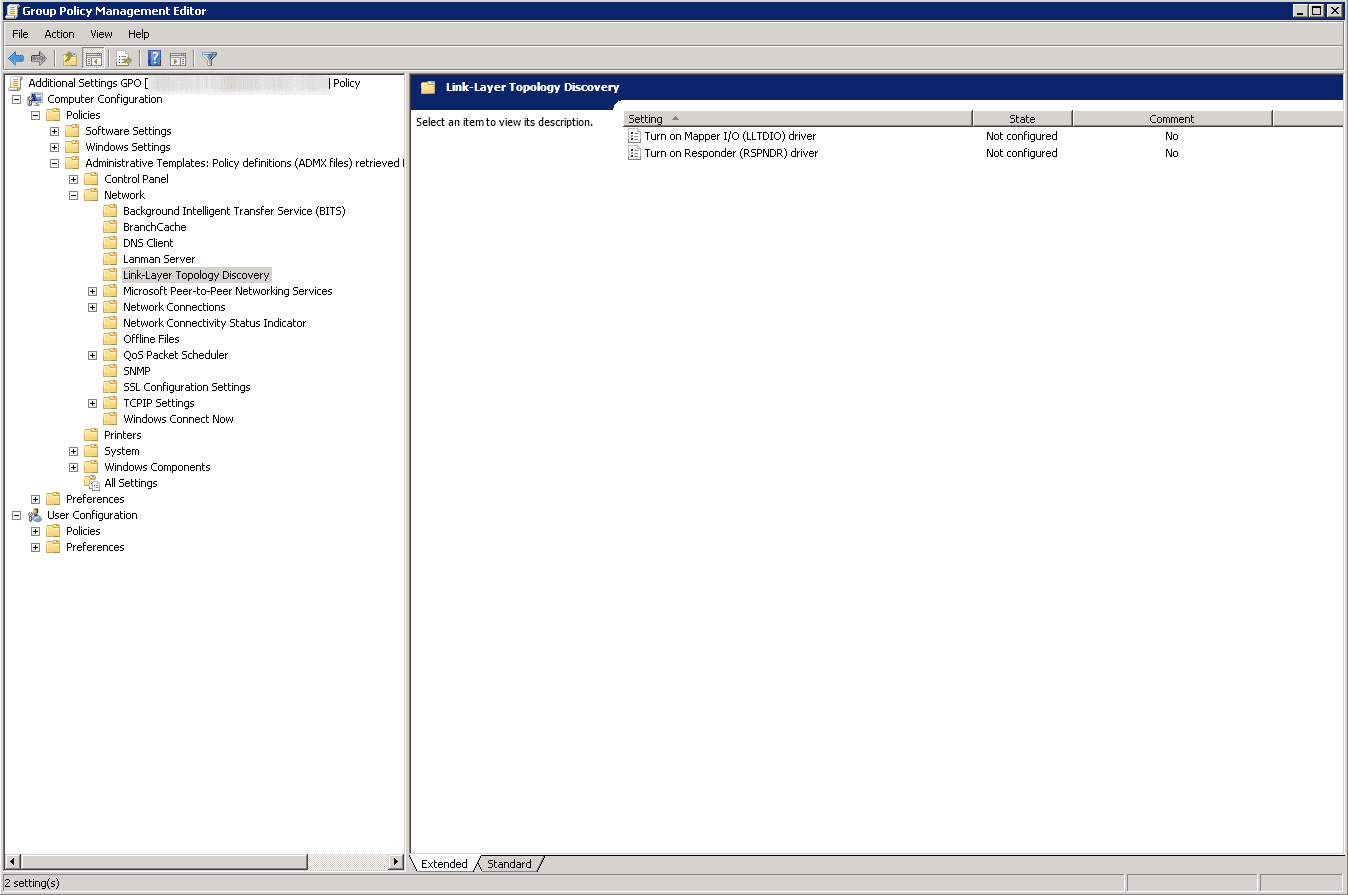 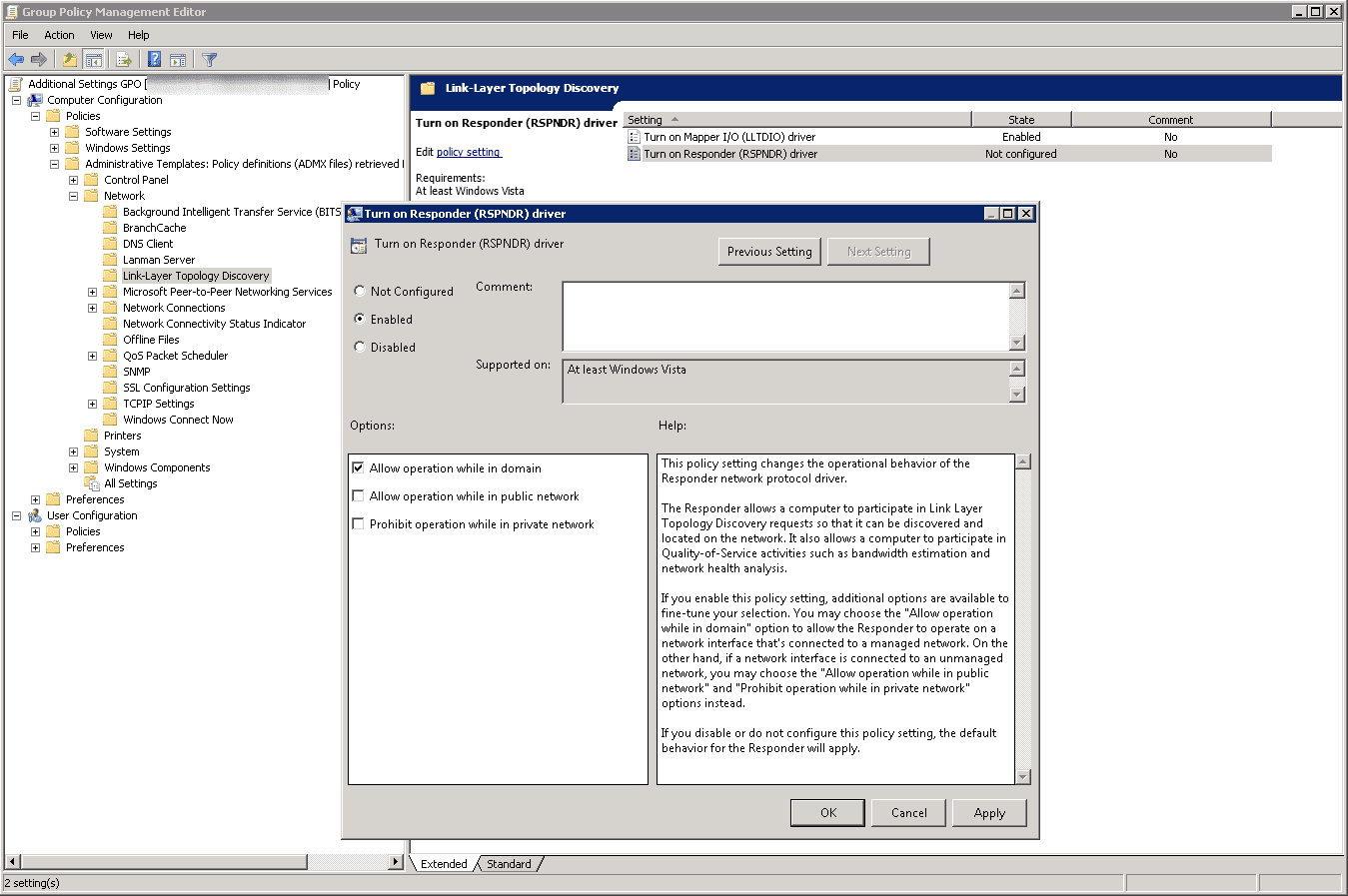 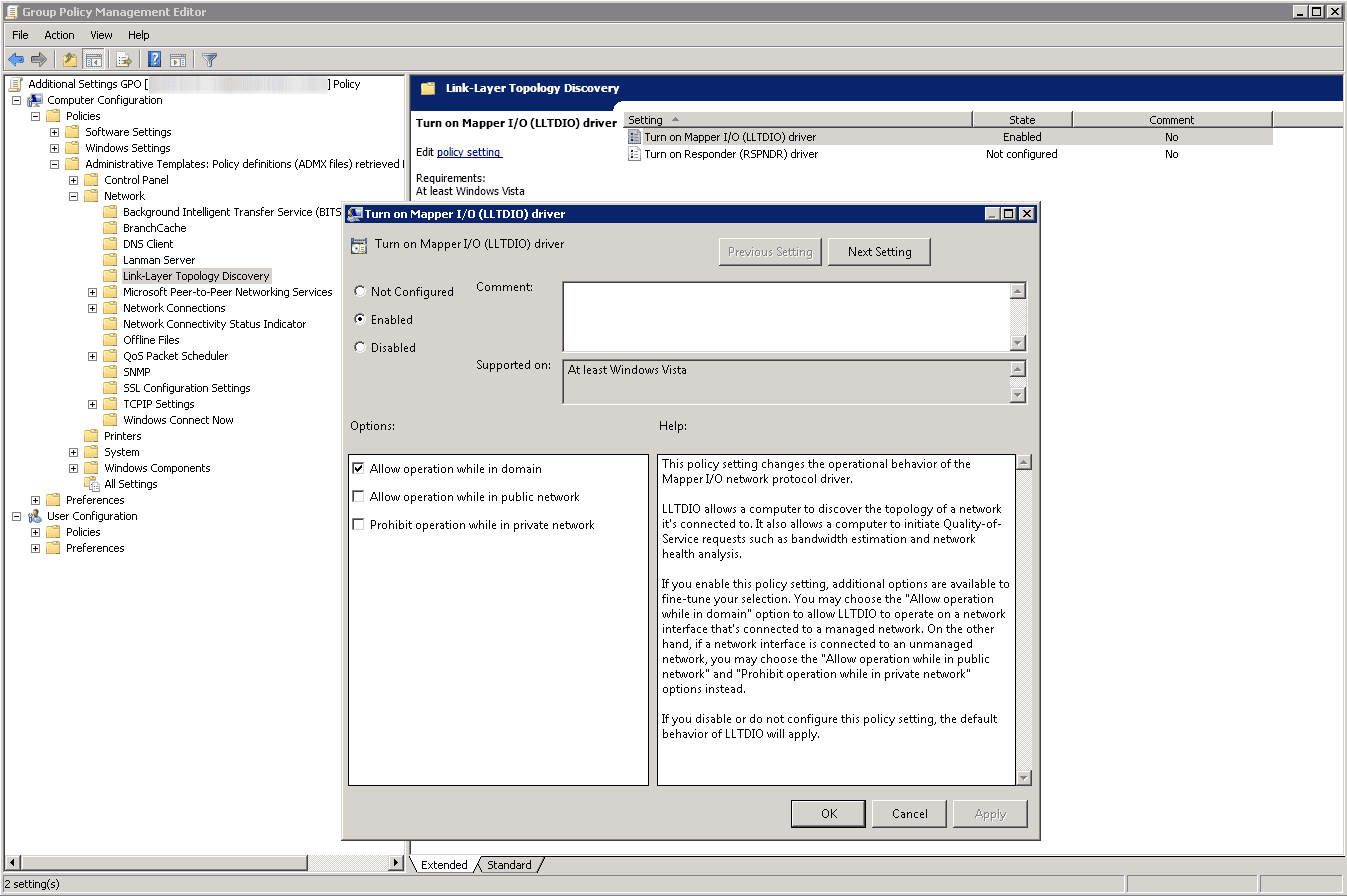 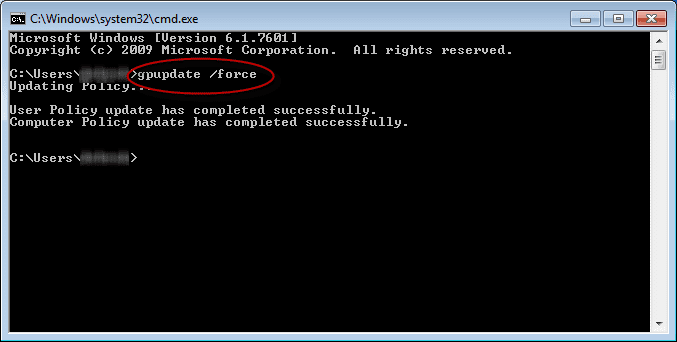 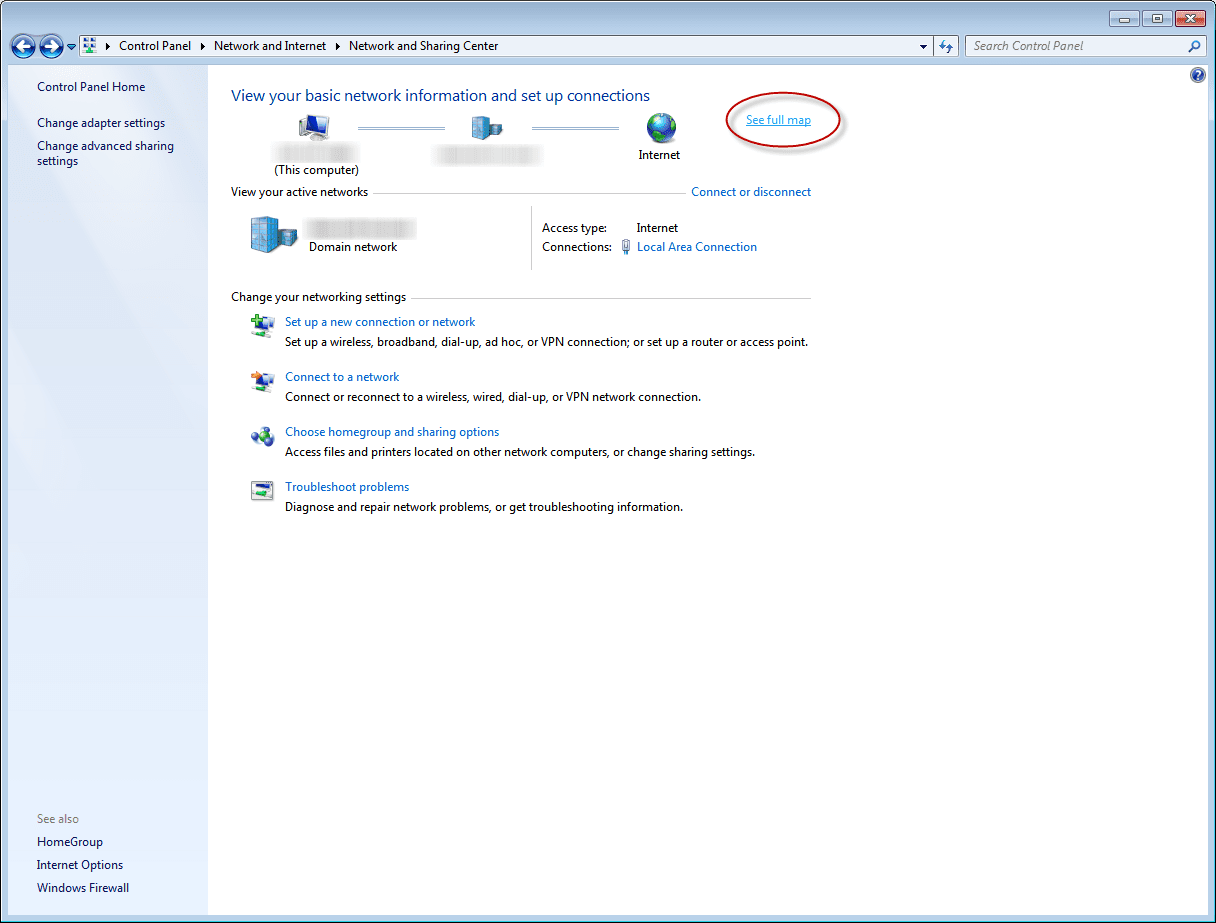 Windows 8 note: The Network Map feature and some network profile management UI (such as setting a network as Private, Public, customizing the network name and icon, etc) from Network and Sharing Center was entirely removed from Windows 8, although LLTD itself is still functioning. 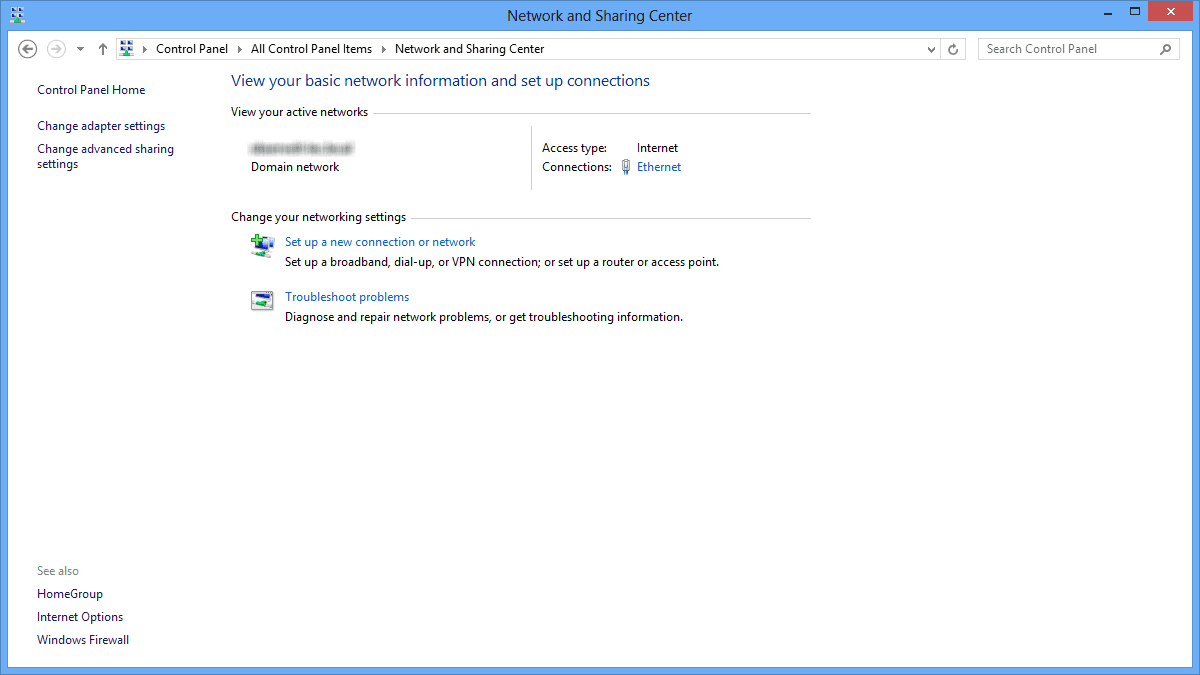 Windows XP note: LLTD was not a part of Windows XP and previous operating systems. However, there is a hotfix available from Microsoft that will install LLTD on Windows XP. To resolve this problem, install the hotfix that is described in this section. The hotfix installs the LLTD Responder component on Windows XP-based computers.
In case you want to hide your computer from appearing in the network map, read our previous article on the topic, “Hide your Vista Computer on the Network.”