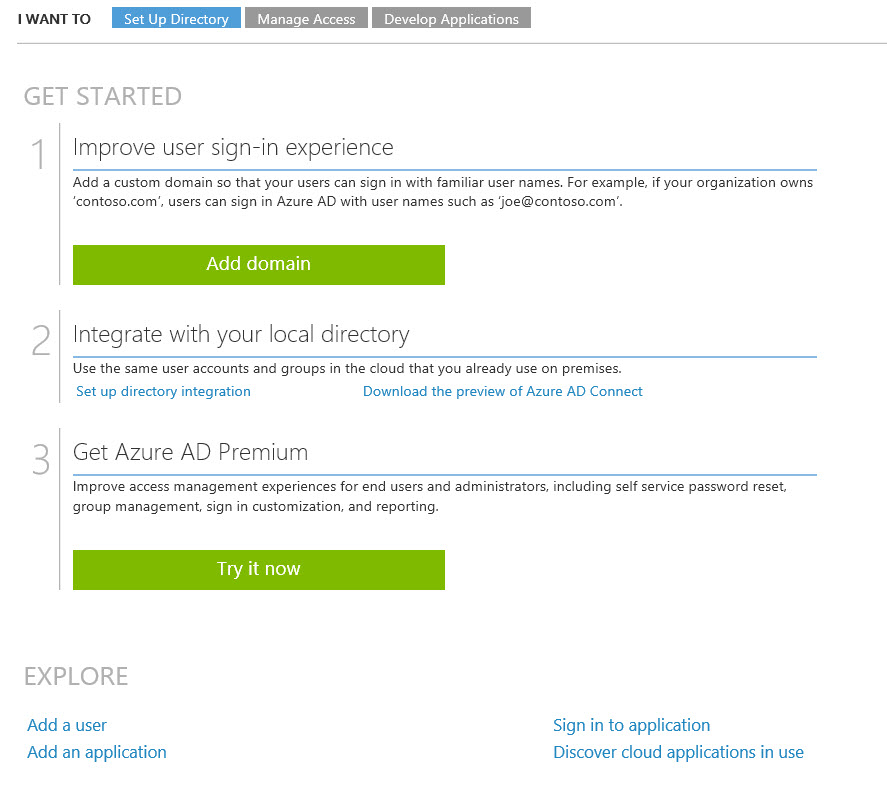 In this article, I’ll walk you through upgrading to an Azure AD Premium trial and show you how to create and manage Administrative Units with PowerShell so that you can limit the scope of administrative roles to specific AUs.

You’ll need to upgrade to AAD Premium before it’s possible to use Administrative Units. If you don’t already have a premium subscription, you can upgrade to a trial by following the instructions below. Open the Azure management portal and sign in:

You might need to wait a few minutes while the trial is set up.

At the time of writing, AUs can only be managed using Windows PowerShell. Before you can use PowerShell to manage Azure Active Directory, you’ll need to have the Microsoft Online Services Sign-In Assistant for IT Professionals RTW and Azure Active Directory Module for Windows PowerShell (64-bit version) installed on a local management PC. As of October 2014, the 32-bit version of the module has been discontinued.

If you already have the AAD module for Windows PowerShell installed, you can check the version number by running the cmdlet below in a PowerShell prompt. If it’s lower than 1.0.8070.2, then you’ll need to update the module.