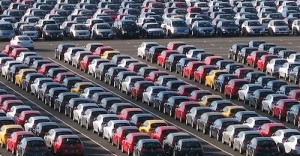 Azure has offered load balancing functionality for as long as I have worked with Microsoft’s cloud platform (over 4 years). The Azure Load Balancer was free (and still is) and offered simple, Layer-4 (TCP or UDP), load balancing to application or web services on a virtual network.
If you need more than the Layer-4 functionality of the Azure Load Balancer, then you can deploy third-party solutions as network virtualization appliances (specialized Linux virtual machines) from the likes of Kemp, Citrix, and F5, and more.
Recent changes to Azure’s architectural possibilities and the ever-growing demands of customers means that the Azure Load Balancer, as it has been, is no longer enough for many customers, even those that were happy with Layer-4 load balancing. This is why:

The Standard tier load balancer is a paid-for feature using a complex set of consumption-based charges and the Basic tier continues to be free.

The following will explain why you would use the Standard tier load balancer from Azure.

The backend pool is the set of machines/services that are being load balanced for scale and high availability. The Basic tier is limited to 100 instances but the Standard tier can scale out to 1000 instances (matching a virtual machine scale set).

The Basic tier offers some diagnostics through Log Analytics (paid for per GB of monitoring data) but the Standard tier offers much more data through Azure Monitor. This appears to be the focus now for operational monitoring and alerting.

In the scenario of network virtualization appliances, the Basic tier normally provides a active/passive solution with virtual firewalls. HA Ports, a feature of the Standard tier, enables virtual firewalls to become active/active and this provides the ability to scale out for high traffic deployments.

This addresses something that annoys me with the load balancer, not to mention the web application gateway! Creating a new rule or making a configuration change is slow! With the Basic tier, it can take 60+ seconds for a configuration to save. Most operations will complete in under 30 seconds with the Standard tier.