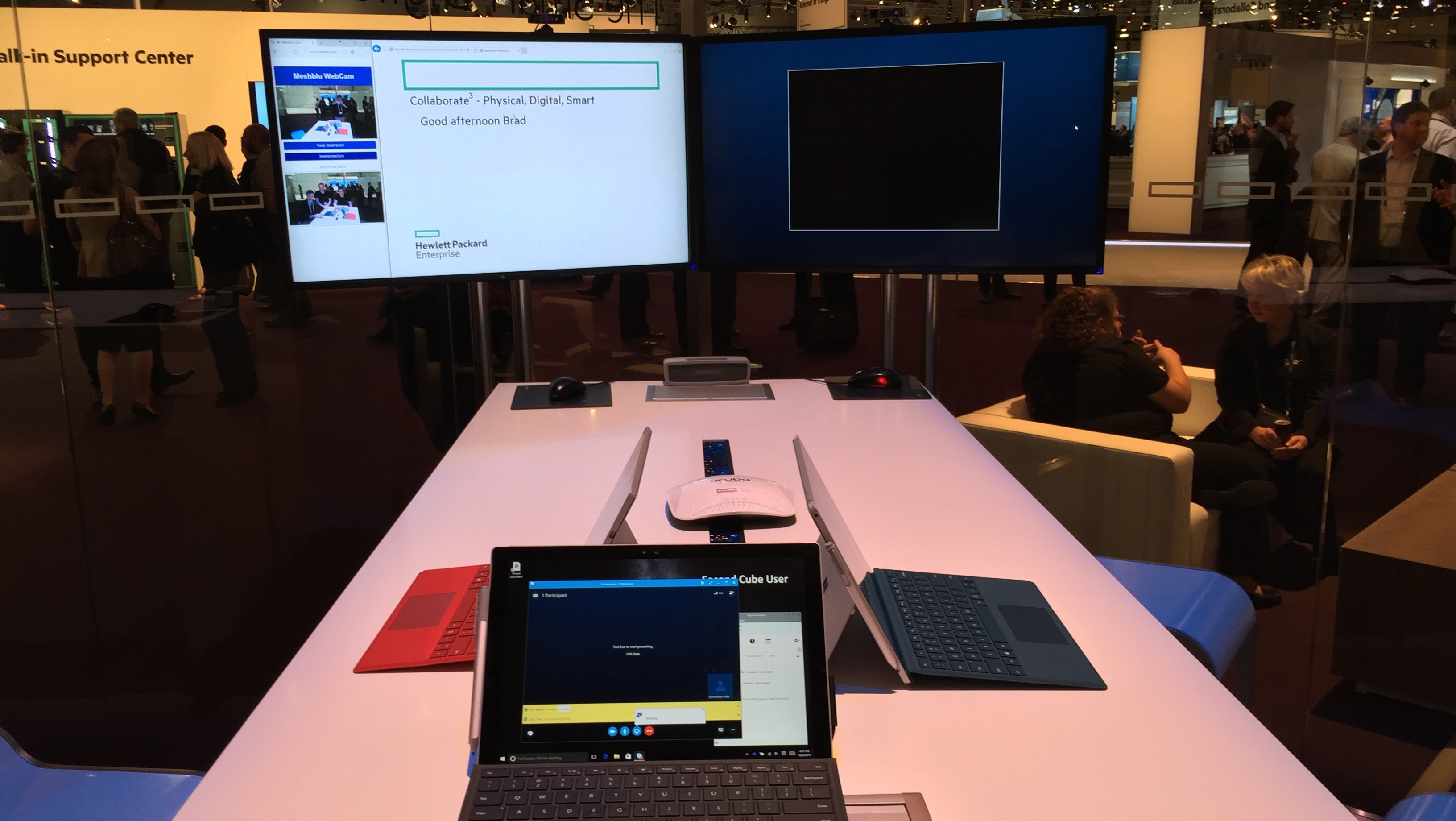 You may not think much about the conference room as it’s typically four walls, a few seats, a whiteboard and hours of agonizing debates. But quietly, the room that nearly every employee despises, is getting a makeover.

Microsoft has been pushing its Surface Hub as a way to condense the technology in the room to help improve the collaboration process and startups like Robin Powered are making the booking of conference rooms much simpler.

The growth in the IOT sector is opening up new possibilities and HPE’s Aruba division is playing in these waters as well. At its Discover event last week, the company built a conference room that moves past the whiteboard to challenge the traditional convention that meetings are a time-sink.

Using a variety of beacons, Windows 10, and Citrix Octoblu, HPE built a conference room that transforms a passive meeting area into an active environment. With this technology, the room comes alive when you walk in with Cortana greeting you by your name and saying hello. From there, a Skype session was automatically setup based on a calendar entry and asks you to join a group call and by using Microsoft’s Word that runs in the browser, everyone is instantly collaborating with a document in less than three minutes from entering the meeting.

If that wasn’t enough for the short demo, the lighting in the room is also adjusted to your preference when you walk in as well. And the trigger for all of this technological wizbangery? The phone in my pocket.

What HPE showed off is nothing futuristic and can be done with sensors from many different vendors. What their demo really showed is how antiquated the average conference room has become and if you are still operating inside of a four walled box with only a whiteboard, your environment is quickly falling behind. 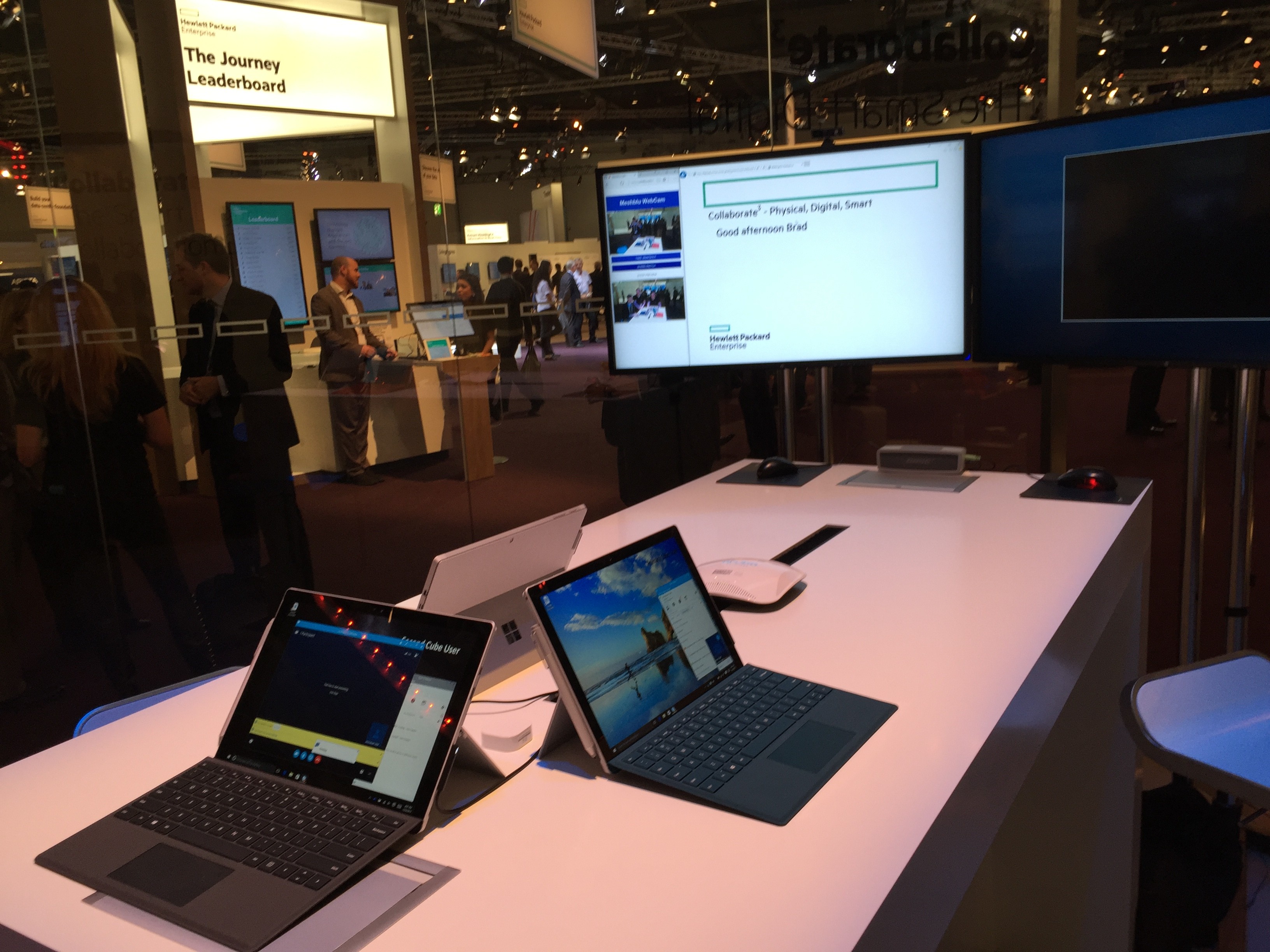 Most meetings invites are received with a groan as the entire process from booking a room, setting up the projector and archiving the data on the whiteboard is a painful task. During the past few years, revamping the conference room has been a pain point targeted by IT but there is still a long way to go.

What HPE, Microsoft, Citrix and the many others in this segment are trying to do is to use the new wave of sensors and connected back-end technologies to remove the frustration the traditional meeting has created. It’s not exactly a tough challenge as the technology all exists but being exposed to what opportunities are available can be cumbersome as describing the experience versus being immersed in a connected conference room creates two vastly different emotions.

Companies around the globe are spending, on average, over six figures when building out a single room according to Microsoft’s research. Knowing this, you can begin to understand why organizations are investing significant capital to improve the conference room as they have realized that more efficient meetings create happier and more productive employees.

If a company can successfully use the right beacons, displays and other technology to make meetings more productive, the rooms and the upgrade costs will pay for themselves.