Microsoft Owns Productivity And That Should Be Enough 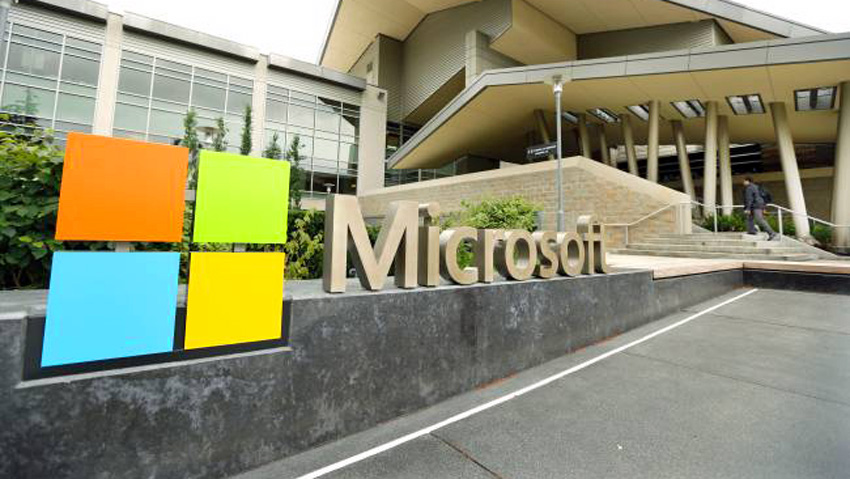 As I look back on 2015 in particular, but also on over 20 years of writing about Microsoft, one inescapable conclusion emerges: This is a company that gets productivity … and not much else. And it should stop pretending, or even aspiring, to do anymore more than just dominating productivity.

Put another way, there is no version of Microsoft’s future in which any of its consumer-oriented entertainment experiences—Groove Music, Xbox, whatever—become a significant contributor to the company’s bottom line or overall standing with customers. It’s just never going to happen.

But I do have a notion for where Microsoft is headed in the future, and that future is all about productivity. And while we all have our own opinions, biases, and preferences, even those of us who would like to see Microsoft take on companies like Apple directly have to admit that ship has sailed. Or has sunk.

Of course, Microsoft’s transition to a purely productivity-driven company has in fact already happened.

The software giant effectively—and, I think, purposefully—hides the reality of this situation by its overly-simplified corporate structure, in which there are four main businesses only: Productivity and Business Processes, Intelligent Cloud, More Personal Computing, and Corporate and Other. But we can still glean some insights from these businesses.

The first two of those businesses are clearly productivity-related, encompassing such products as Office, Azure, and Server. And together they account for over $21 billion of Microsoft’s $25 billion in revenues in the most recent quarter.

The More Personal Computing business—yes, a ridiculous name—sounds like it must be consumer-related, and sure enough Xbox falls into this business. But so do Windows license sales to PC makers, Windows volume licensing, Surface, Lumia, search advertising, and more. Most of those products are productivity-related, or at the very least business-related, so with the obvious exception of Xbox, each is basically a client-side productivity/business product for the most part.

Microsoft already is a productivity company.

How products like Xbox fit into this mix is unclear, because they don’t. Sure, Xbox is based on Windows 10, not that such a thing provides any particular integration benefit with any of the firm’s other products. And sure, Xbox does or will eventually use technologies like Cortana and Bing that were developed elsewhere in Microsoft. But so what? Microsoft could easily license all of these technologies to Xbox Corporation, which would be free of Microsoft’s dulling boringness to make Xbox truly exciting to gamers. A market that Microsoft doesn’t need, and shouldn’t want.

But Microsoft doesn’t yet seem to understand this. After spending a decade foisting late-to-market products like Zune and Windows phone on uninterested consumers, the firm this year spent $2.5 billion on Minecraft, a popular video game. This is what a mid-life crisis looks like for an aging software company: Microsoft’s core audience does not care about Minecraft, and Minecraft’s core audience most decidedly does not care about—may in fact openly deride—Microsoft.

As it turns out, some of Microsoft’s most enthusiastic fans do in fact care about Minecraft, and for the same reason they care about Xbox, or even products like Skype, Lumia, and Surface. That is, they believe these products make Microsoft seem cool to consumers. And they think this coolness is somehow a key to future success.

This is of course the same wrongheaded thinking that distracted Microsoft to disastrous effect during the years of Apple’s rise. We’ve all become so accustomed to the notion that Apple and Microsoft are direct competitors that watching Microsoft directly copy key Apple products didn’t just seem normal, it seemed inevitable.

But let’s put this in perspective. Just as Microsoft cannot really compete directly with iPod, iPhone, or iPad, Apple cannot–and will never—compete directly with key Microsoft productivity solutions like Office, Server or Azure. Humorously, Apple has tried, but those efforts—iWork, xServe, Mobile Me/iCloud/whatever—are ignored by most or gone from the market completely. (iWork is about as silly a product as Zune ever was, if you’re feeling a bit defensive.)

Microsoft, like Apple, has core strengths, and to be truly successful—and, yes, cool—all it has to do is play to those strengths. And there is no strength more core to Microsoft’s DNA than productivity.

Embracing and centering on productivity does not mean giving up on client computing, by the way. So Windows, Surface, and even Lumia have a role to play for the near future.

But I do feel that Microsoft’s long-term future is basically Azure, and in providing services providing around and on top of Azure. And on that note, Microsoft needs to shed its Apple fixation and focus on the only competitors that have the technology, and the market strength, to it take on in the productivity businesses that matter going forward. I’m referring, of course, to Amazon and Google.

And that’s the future I see for Microsoft: A dominant player in productivity services that are based on and related to Azure, competing with Amazon and Google for the hearts and minds of both businesses and individuals, but mostly businesses. As I’ve often noted, “mobile first, cloud first,” is really “mostly cloud, some mobile,” and in the end, it will be “all cloud.” This is a transition. And all Microsoft needs to do is stop pretending and just embrace it.