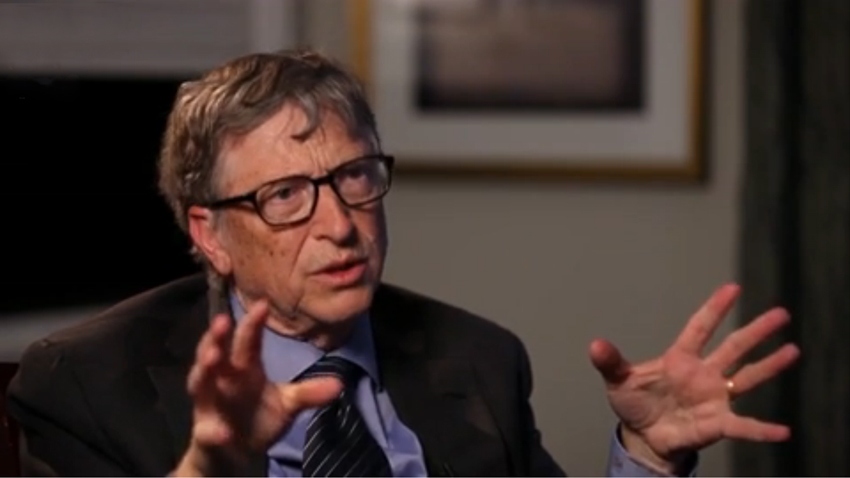 Despite a later and half-hearted expression of disappointment, Microsoft co-founder Bill Gates has indeed taken the side of the U.S. Federal Bureau of Investigations (FBI) in its standoff with Apple. And he’s right that Apple should be forced to cooperate with law enforcement in this particular terrorism investigation.

Gates’ words are overdue in what is already a highly-charged debate. Because as privacy advocates and much of the tech world publicly rallies around Apple, they’re all missing out on one important point. In this case, Apple is wrong.

“It’s a simple question,” Gates asserted in an interview with The Financial Times, cutting right to the heart of the matter.

Which is this: The iPhone case isn’t a matter of principle, as Apple asserts. It’s not about privacy. And it’s most certainly not about “back doors,” a non-relevant technical term that privacy advocates and Apple itself have used to inflame onlookers who are worried about government spying: The government is not asking Apple to “decrypt” the iPhone, as so many critics assert.

“Nobody is talking about a back door,” Gates told The Financial Times. “That is not the right question [and thus not the right term]. This is a specific case where the government is asking for access to information. They are not asking for some general thing, they are asking for a particular case”

Will there be other specific cases? Sure. But that’s what just cause, search warrants, and Constitutional notions of search and seizure are for. It’s not up to Apple to determine when or if it should aid law enforcement in a terrorist case, or some other law enforcement action. That’s determined by the laws of the country in which they are operating.

And Apple could help the government investigate a known terrorist, rather than fight those efforts, Gates says. It could aid rather than thwart law enforcement.

“They have access to the information,” he noted. “They’re just refusing to provide access to it. And the courts will tell them whether to provide the access or not. You shouldn’t call the access some special thing [e.g. “a back door”]. It’s no different than … should anybody ever have been able to tell the phone company to get information, [or] bank records. There’s no difference between [different kinds of] information. The government has come asking for a specific set of information. Let’s say the bank had tied a ribbon round the disk drive and said, ‘Don’t make me cut this ribbon because you’ll make me cut it many times just because this guy is such a terrible person’.”

In a post to The Lawfare Blog on Sunday, FBI director James Comey echoed Gates’ comments about back doors, shooting down Apple’s attempts to cast this case as a broad privacy issue.

“The particular legal issue is actually quite narrow,” he wrote. “We simply want the chance, with a search warrant, to try to guess the terrorist’s pass code without the phone essentially self-destructing and without it taking a decade to guess correctly. That’s it. We don’t want to break anyone’s encryption or set a master key loose on the land.”

What’s further interesting about this case is that the iPhone-toting terrorist—an individual involved in the San Bernardino attacks—doesn’t even own the iPhone in question. As the New York Times reports, the phone is owned by the County of San Bernardino, which issued the device to the terrorist, who was then an employee. And wait for the punchline, folks: the County of San Bernardino has already given Apple permission to break into its device. And since dead people have no privacy rights—the terrorist was killed in a gun battle with law enforcement—this is not a privacy issue.

Apple, what the government is asking for is a front door, not a back door.

Late-breaking note: In a subsequent interview with Bloomberg, Mr. Gates says he felt “disappointed” by reports that he backed the FBI in this case. But in that Financial Times interview, Gates very much did back the FBI in this case, and nothing he says in this Bloomberg interview contradicts that. “The courts are going to decide this [case],” he reiterated. “In the meantime, that gives us the opportunity to have this discussion.” Gates noted that the government needs to strike some balance here, and apply appropriate safeguards, and not overreact in the wake of terrorist attack, as it did previously with the over-reaching Patriot Act.