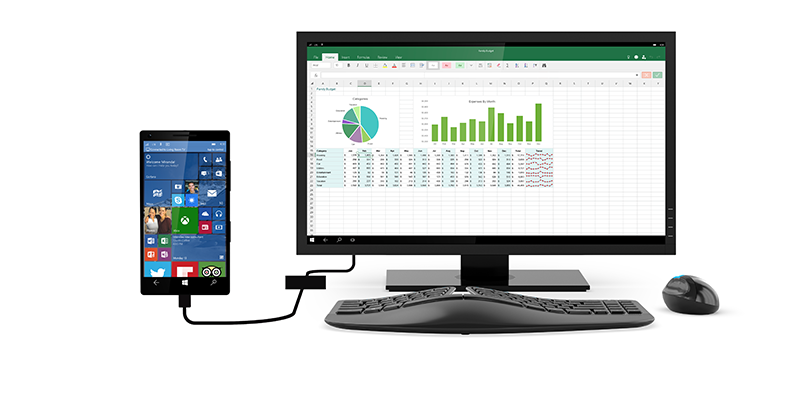 Do you remember when Microsoft’s mission statement was to put a PC in every home? How things have changed. Teens are walking around these days with smartphones that have more functionality and connectivity than your PC with a 28,800 modem could have ever achieved. And something new is coming. A shadow is forming over the future of the PC. Could Windows Mobile kill the PC? I wonder…

The Dominance of the Smartphone

Bill Gates never really achieved his dream of putting a PC into every home. He did pretty well in the developed world, but in other nations a more affordable device gained a monopoly position. People in developing nations couldn’t afford a PC or a laptop; instead they went for a feature phone. I remember being in a European hotel, stuck for something in English to watch, and seeing a story on BBC World News about how people in Africa were using phones to access the Internet. I thought that the tiny screen must have ruined the experience.
Then Apple, followed by Android, shook the world up and gave us smartphones where the primary function isn’t to make phone calls, but to give us access to cloud services. Those early devices were flagship machines that only wealthier people could afford. But now you can get capable and unlocked smartphones for as little as $50 and these entry-level machines have flourished.
At Microsoft’s Worldwide Partner Conference (WPC) 2014 keynote, Microsoft COO Kevin Turner announced that Microsoft held a puny 14 percent share of all devices, and this accounts for their dominant 90 percent plus share of the PC market. It’s clear that the PC is the minority device.

You might have heard of Continuum as a Windows 10 feature for devices, such as the Microsoft Surface. When you have the keyboard attached, the device is desktop-centric and features keyboard and mouse as the primary input methods. When you remove the keyboard, the device switches to a touch interface by featuring a Start Screen.
But there’s another trick to Continuum. Let’s refresh ourselves on some Windows 10 stuff first:

Continuum is for hybrid devices and Microsoft never limited that description to just tablets with attachable keyboards. In fact, Microsoft also intended the smartphone to be a hybrid device.

You can, in theory, use your smartphone as your PC today. You have Microsoft Office and plenty of business apps available to use. You can edit a spreadsheet, write a Word document, and even wirelessly present a PowerPoint presentation, in theory.
The reality is that a five-inch screen might be okay for checking the sports scores on the train, but it’s not great for editing documents or interacting with business applications. The screen is too small, and we haven’t evolved to a point where touch UI is as efficient as keyboard and mouse input.
Microsoft saw that the phone was powerful enough, and they have a belief that software can always be developed to add the services that we require. But nothing could solve the input issues without full-sized peripherals, and we need a bigger screen. This is why Continuum was created for Windows Mobile 10.
The idea is that you use your phone as your primary device while on the go. When you get home or to the office, you plug your phone to charge, and you connect a monitor, keyboard, and mouse to the phone. The phone will display the normal Windows 10 desktop on your monitor, and you’ll interact with it as you would on the PC — remember that it’s one OS. You’ll click the Start Menu, and instead of a Windows 10 Start Menu, you’ll get the Start Screen of your phone for a consistent experience. You click Excel, and Excel will open in a window or full screen on the monitor, just like it would on the PC — it’s the same Microsoft Office thanks to Universal Apps.

Windows Mobile 10 can be your PC. (Image Credit: Microsoft)

If the market has decided that the smartphone is the device form factor of choice, then Microsoft has decided to go with the flow, and thanks to Continuum they want to put a PC into every pocket or purse.
Imagine a world where the phone is the dominant device. Oh wait; that’s how it is right now. Imagine if that device could also be your PC? That’s what Continuum in Windows Mobile 10 will make possible on next generation phone hardware. Why would I buy a PC anymore, unless I’m into heavy video/photo editing or gaming? Most of us don’t do those things, so a Continuum-enabled phone could be our every device.


The Potential for Continuum

I agree with Satya Nadella. Mary Jo Foley found out that his favorite Windows 10 feature is Continuum for Windows Mobile 10. I see a ridiculously huge potential for this feature. Imagine it; IT simply supplies a phone to staff instead of a PC, tablet, laptop, and phone. Management is easier, costs are reduced, airplane baggage is smaller and lighter, the benefits just go on and on. At the desk, we just need a keyboard, mouse, and monitor, and some way to dock the phone.
Unfortunately, sales of Windows Phone have been pathetic, and Steve Ballmer’s Microsoft focused on consumers instead of the enterprise as was expected. Maybe Nadella’s Microsoft can start putting factory unlocked flagship phones into the channel, giving the enterprise phones that they desire and phones that they can buy. This would be a huge leap forward, and would be the type of innovation that could steal a huge share in the next generation of computing. But, when it comes to shipping physical devices, Microsoft usually makes big mistakes early, and takes way too long to learn. I hope I’m wrong – because I want one of the next generation phones that will make Continuum possible.