Ways To Use Azure Traffic Manager 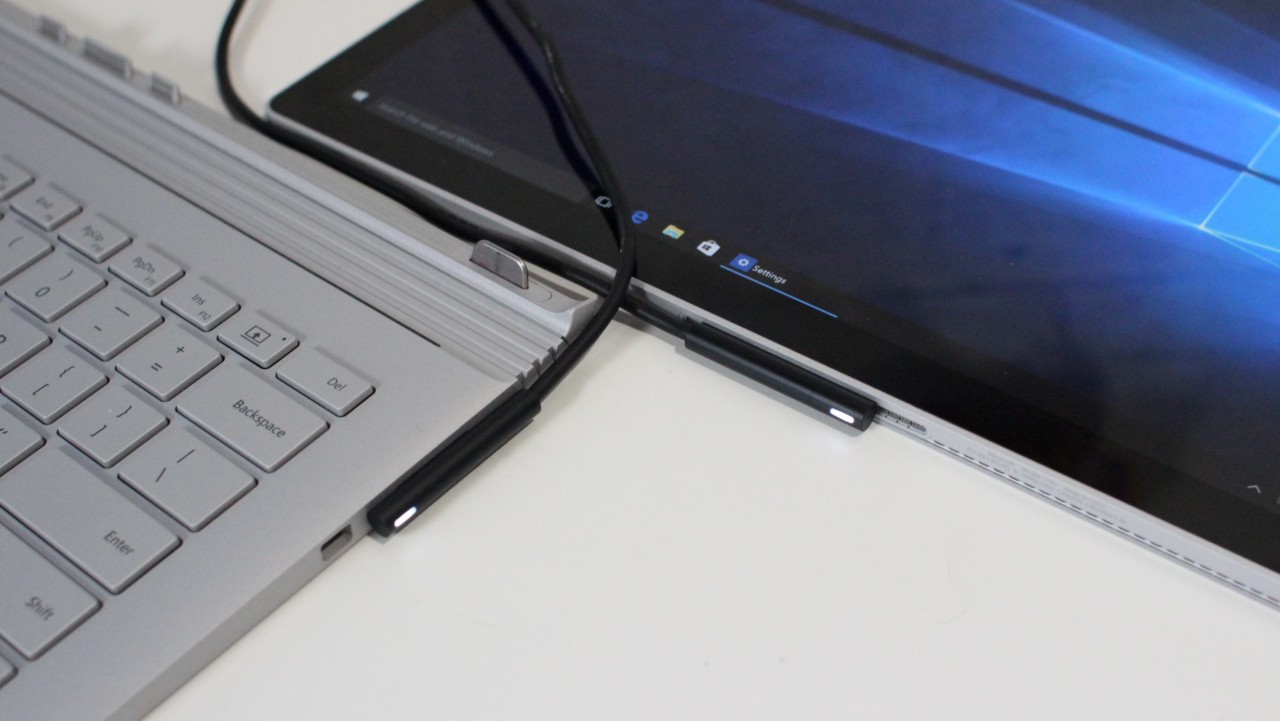 In this post, I will explain several ways that you can use Traffic Manager, Azure’s website redirection solution, that enables high availability, fault tolerance, and more between different application deployments.

Traffic Manager is a DNS-based redirection solution for endpoints. An endpoint is any public IP address that has a DNS name. Note that simple definition includes DNS-configure public IP addresses in Azure but also endpoints anywhere else, such as on-premises, AWS, Google Compute, GoDaddy, or anywhere else that you can host a web application with an IP address/DNS name combination.
The system is pretty simple:

Those are all simple scenarios but in this post, I want to focus on some other concepts.
Remember, the endpoints that Traffic Manager don’t need to be in Azure. I know one Microsoft partner that uses Traffic Manager with a customer that has no other services running Azure. It only uses Traffic Manager to redirect to services hosted elsewhere. That partner once told me that the Azure bill was so small every month, it would cost them money to charge the customer! 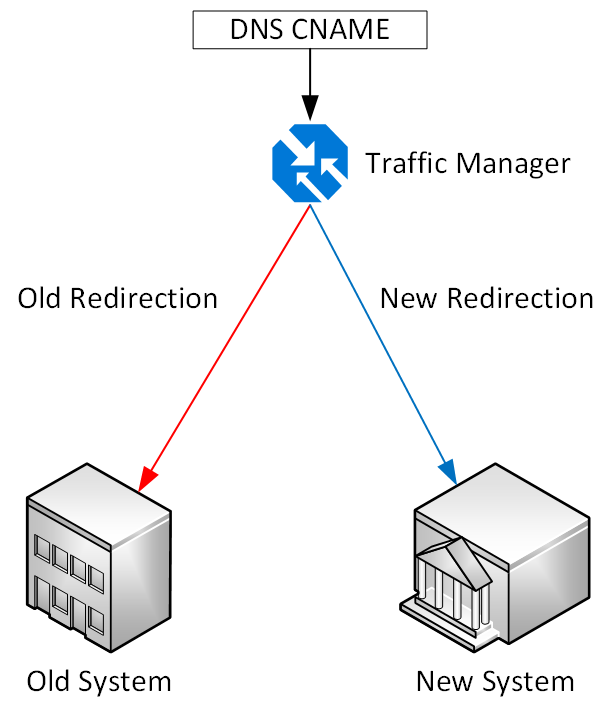 Migrating or Failing Over a Web Service to a New Location [Image Credit: Aidan Finn]

This scenario, similar in construction to above, was recently discussed by Microsoft in a blog post. Instead of a location migration, there is a simple change of endpoint to enable application upgrades. There are two implementations of the code, each with its own endpoint. Traffic Manager redirects to the old version of the code.
When testing has completed on the new version, there are a couple of strategies that you could use: 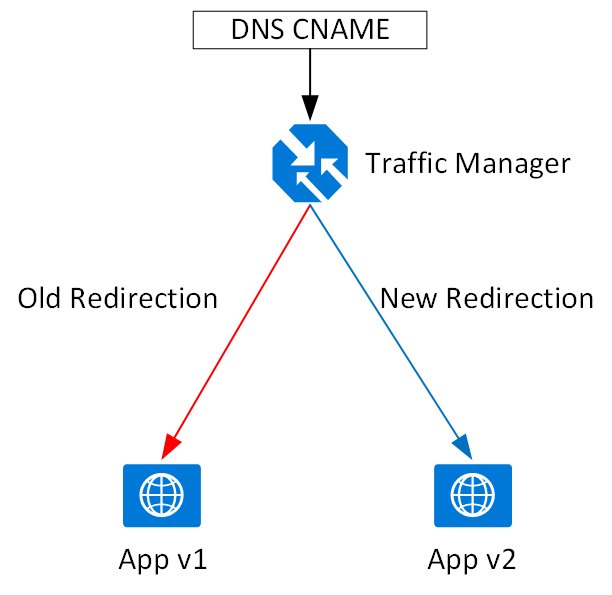 This solution provides a business with a safe way to switch between different versions of code. This is especially true if there are drastic changes, such as a switch from co-location hosting to Azure or a switch from Azure virtual machines to Azure App Services. 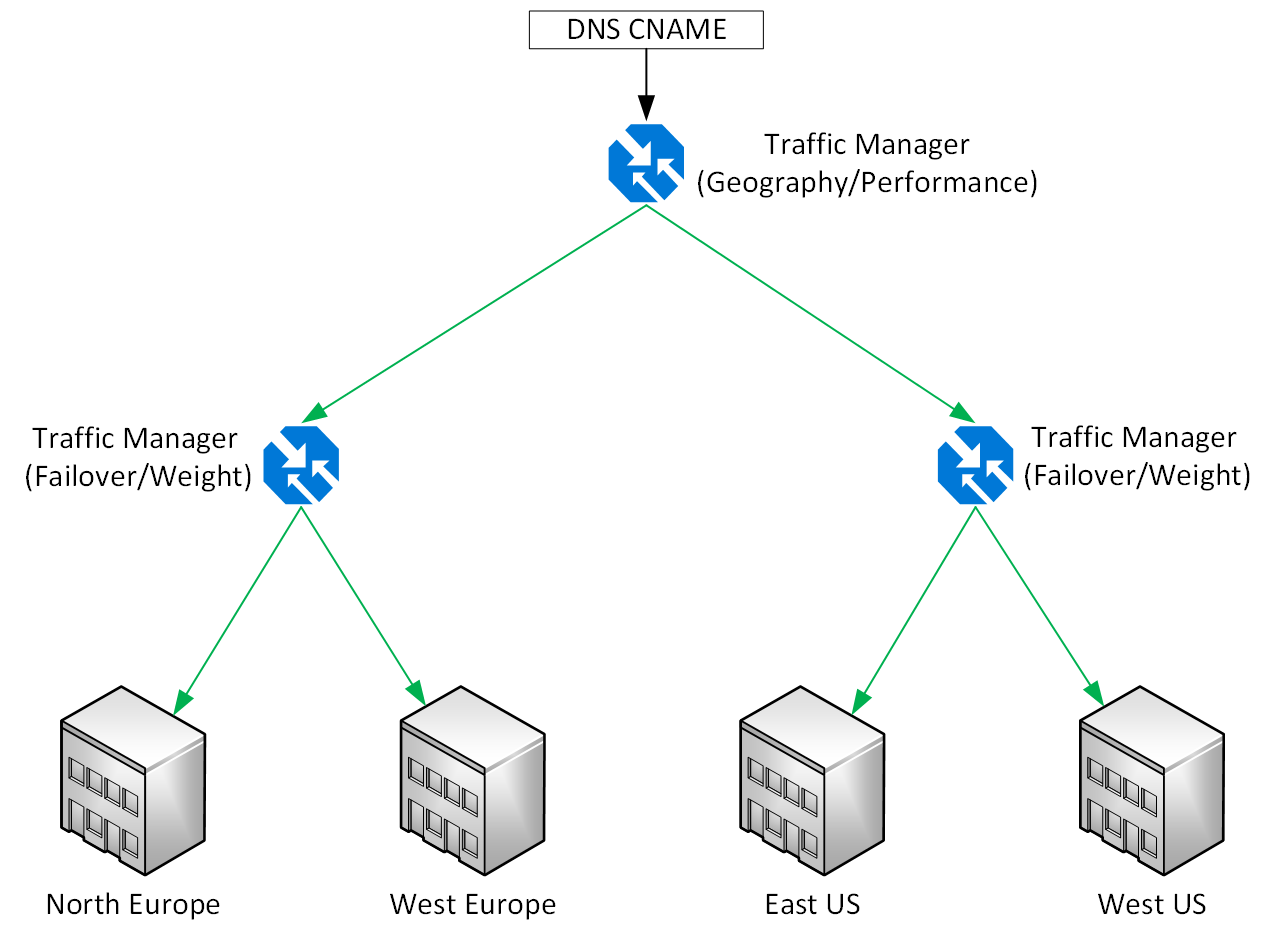 In this example, a global web application is shared using a single CNAME record that redirects to a top-level Traffic Manager profile. The illustration shows that the top layer redirects to two regional Traffic Manager profiles in Europe and the USA but this could scale out to many continents/countries. The top layer can achieve this redirection based on country or performance. The latter might be more successful if there are not country-specific requirements.
Within the European Traffic Manager profile, clients are sent to one of two deployments. I could have added UK/France regions here too or even non-Azure locations. Traffic is being sent either to North Europe or West Europe. The choice depends on whether you want active/active (weight-based) or disaster recovery (priority) deployments. The same solution is also deployed in the US regions.
We could make this a more complex deployment too. We could add the blue-green approach to each installation, adding a third layer.