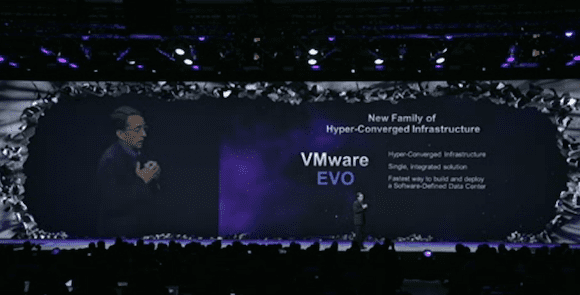 It was a big week for corporate quarterly earnings reports, with Microsoft delivering a robust quarter and Apple shattering the record books with an $18 Billion net profit in the same timeframe. A bit lost in the pile of news stories about Microsoft turning the corner with Satya Nadella at the helm — and Apple swimming in a massive $179 billion cash hoard that would make Scrooge McDuck proud and Smaug green with envy — VMware revealed its Q4 results as well.

Despite increasing competition from Microsoft against its core virtualization business, VMware delivered some impressive numbers for the quarter ending December 31, 2014. Overall revenue for 2014 was $6.04 Billion, while net income was $326 million for Q4. That also translated into a record $1.70 billion in revenue for the same period, which shows that VMware is still finding success at meeting the virtualization needs of mid- to large enterprises.

In a prepared statement announcing the news, VMware CEO Pat Gelsinger suggested that VMware’s best days were yet to come. “Customers continue to partner with VMware because we offer a new model for IT designed to rapidly and automatically deliver any app, anywhere, without sacrificing the need for security, availability and compliance,” Gelsinger said. “In 2014, we surpassed the 6 billion dollar revenue mark for the first time, and in 2015 we’re looking forward to providing our customers with extraordinary value through the strongest portfolio of products, services and solutions in our history.”

VMware also touted some additional stats about the growth and acceptance of various services and product lines, including the general availability of new vRealize Cloud Management offerings, news that it had signed on Hitachi data Systems, HP, and NetApp as VMware EVO:RAIL partners, and that its AirWatch by VMware product now has more than 15,000 customers.

VMware’s Mathew Lodge, the VP of Cloud Services at VMware, penned a post for the official VMware blog that outlined some specifics of how these services would be integrated with VMware vCloud Air. “The Google Cloud Platform services will be tightly integrated into vCloud Air and function just like any service from VMware on the vCloud Air platform,” Lodge said. “Existing vCloud Air customers will have access to the new services under their existing contracts and existing network interconnect with vCloud Air, and simply pay for what they use of the Google services. They’ll use their current vCloud Air credentials to access the service and be able to use the native Google Cloud Platform APIs.”

Can VMware Keep up With Microsoft, Google, and Amazon?

The solid revenue numbers and VMware’s deal with Google show that VMware is still an integral player in data centers around the globe, and will undoubtedly remain that way for years to come. Yet as large as VMware’s footprint currently is in the datacenters of today, what does the future look like?

While VMware has made some impressive gains with VMware vCloud Air, the cloud computing landscape is increasingly being dominated by three titans: Amazon, Google, and Microsoft. VMware is smart to partner with a stronger cloud player — Google in this case — to help it keep a seat at the table, but as cloud-based IT resources continue to become an ever more vital part of the IT landscape, it will be interesting to see how VMware continues to adapt. One could easily imagine VMware forming a much closer partnership (or even an outright merger) with a key cloud provider in the future — other than Microsoft, of course — so time will tell what the future holds for VMware.

So what do you think of VMware’s quarterly results? And do you think VMware will eventually merge — or get acquired — by a larger cloud partner? I’d love to hear what you think, so please add a comment to this blog post, or contact me on Twitter or Google+. You can also catch up on my posts in the Petri IT Knowledgebase forums.