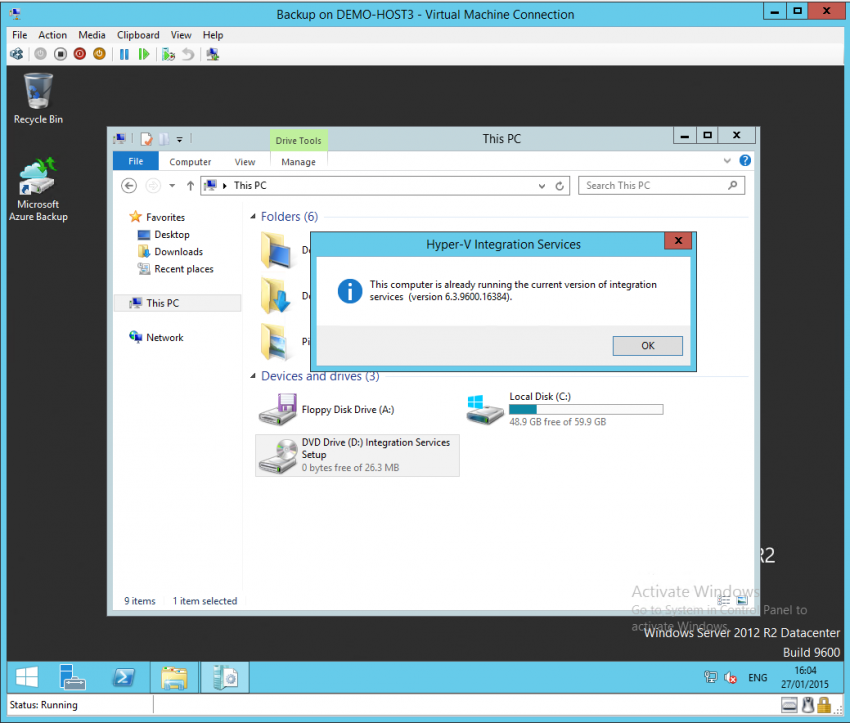 In the next version of Hyper-V, Microsoft will be changing how we deploy new versions of integration components to virtual machines that are running a Windows guest operating system (OS). I will discuss this new process and what it means for Hyper-V administrators in this post.

How we currently get Hyper-V Integration Components

Installing the updated integration components has been a manual process. You can do it one virtual machine at a time using Hyper-V Manager, or you can deploy it to lots of machines at once using System Center Virtual Machine Manager. Both methods require the Windows guest OS to reboot. Those who manage their virtual machines guest OS using System Center Configuration Manager (SCCM) could extract the MSI from the ISO file and deploy it as a custom update via a collection-based maintenance window. But not many organizations use SCCM to manage servers, and this solution will not work with multi-tenant clouds.

Feedback on this subject was strong; Microsoft needed to find a more efficient process that didn’t require manual effort or customer engineering to keep integration components up to date on Windows guest OS virtual machines.

One novel approach to the old problem was to inject a new version of the integration components installed into a local WSUS or SCCM server. This method, while completely unsupported, enabled customers to quickly get new versions installed onto their farm of virtual machines with little human effort. Updates and reboots were done during maintenance windows, and reports were available to track versions and success levels.

Obviously, this solution requires that the virtual machine is receiving updates from Windows Update, hopefully via a managed WSUS server.
There will be a category for Hyper-V Integration Components. This will allow you to easily find and manage the updates, and put in any automatic approval rules that you deem appropriate. With that, Microsoft has made owning and updating Hyper-V much easier, which is very important in a time when Microsoft has accelerated the release of new versions and features.