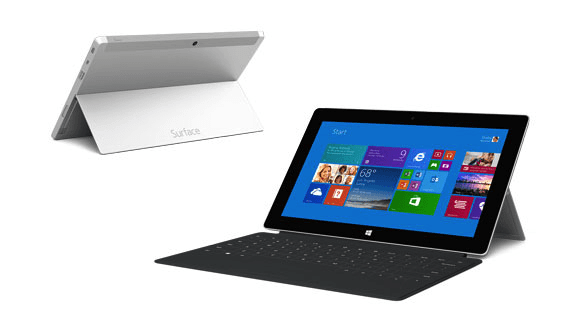 Microsoft took the wraps off the new Surface 2 and Surface Pro 2 tablets this week, and the company undoubtedly hopes that both products will fare better than their predecessors. Both products feature enhanced processors, improved battery life, and other noteworthy improvements.

Yet as I looked through details of the announcements, I couldn’t help but think that Microsoft is continuing to make the same mistakes that contributed to the massive $900 million write-down debacle of the original Surface RT.

I also think that Microsoft’s problems in the tablet and mobile space can’t be solved simply by releasing new devices with faster processors; Microsoft had made significant mistakes with its mobile product strategy that may take years to untangle. I’m saying this as an owner and avid user of both a first-generation Surface Pro and Windows 8. I use the Surface Pro on a daily basis for work and for personal use, and think the device has merit.

Microsoft tooks the wraps off the new Surface 2 and Surface Pro 2 at a press event in New York City earlier this week. (Photo: Microsoft)

The Surface Pro aside, Microsoft has made a series of questionable product development and marketing decisions over the last few years that have left Microsoft’s tablet strategy — and client OS efforts — in disarray. Here are three of what I think are the biggest mistakes that could take Microsoft years to overcome.

Mistake #1: Forcing a touch-based OS on mouse and keyboard users
The first mistake Microsoft made with their mobile strategy was the fateful decision with Windows 8 to forcibly combine the touch-based “Metro” experience — optimized for touch-oriented devices — with the mouse and desktop experience that most Windows users are familiar with. This has been endlessly debated pro and con, but weak Surface tablet sales and tepid Windows 8 consumer and enterprise adoption are hard to argue with.
Dozens of Petri IT Knowledgebase readers have told me they’re sitting on Windows 8 upgrades due to the prohibitive cost of retraining end users to use the new Windows 8 GUI. The upcoming Windows 8.1 update is a reluctant admission by Microsoft that going all-in on a fully Metrofied interface was a mistake, as 8.1 adds the ability to boot directly to desktop and attempts to bring back the start start button (although it really isn’t one). Even with those changes I’d bet that Windows 8.1 adoption will still lag far behind Windows 7. The end result is Frankenstein-eque OS that makes neither mouse and keyboard or mobile users entirely happy, and encourages enterprise users to stick with Windows XP, deploy Windows 7, or wait for what comes after Windows 8.

Mistake #2: Windows RT
The flawed design, branding, and messaging around Windows RT — a version of Windows 8 that was engineered to run on devices running ARM processors — has contributed mightily to Microsoft’s mobile woes. Microsoft believed that it needed to match the success of the iPad in the tablet space, and the only way it felt it could do so was to create a version of Windows that could run on ARM processors, which generally are less powerful (but consume less power) than traditional Intel processors used in laptop and desktop PCs. The massive caveat here is that Windows RT can’t run legacy Windows apps designed for intel-based hardware. From a branding and messaging perspective this is a surefire recipe for consumer confusion and disappointment, and seriously undermines Microsoft efforts to establish itself as a legitimate alternative to iOS and Android tablet devices. If Windows RT can’t run legacy Windows apps, why does it exist at all? And why does it bear the Windows brand name?

Mistake #3: One Windows to Rule Them All
I’d argue Microsoft’s biggest mobile blunder was the joint development and marketing decision to use the Windows brand on all of their mobile OS efforts. The Windows brand is well-recognized the world over, but strong brands are double-edged swords: While brand awareness might be high for Windows, it’s also very strongly associated with specific products, primarily the Windows client OS. That brand recognition means that when average consumers buy a product bearing the Windows logo, they expect certain things, like compatibility with software written for older versions of Microsoft Windows, and that it will exhibit the same characteristics — like the ubiquitous start button — that consumers have come to know and love.

It’s been clear for years that the hallmark UI elements of the Windows client OS — the window functionality, the start button, and other characteristics — are simply unsuited for use on touch-based mobile devices. Anyone remember Windows Mobile? Microsoft desperately needed a new, touch-based OS for tablets and smartphones, and the Windows Phone OS does that remarkably well for phones. So why did Microsoft fumble their tablet strategy so badly?

From a marketing perspective, Microsoft seemingly wants to paper over the very real differences between Windows RT and Windows 8, perhaps hoping that Surface RT and Surface 2 customers won’t know the difference. It’s a recipe bound to sow marketing confusion and consumer distrust, but Microsoft seems intent to bulldoze ahead with a strategy that has already proven to be a failure. Now that Dell has stopped making Windows RT tablets, Microsoft is the only hardware manufacturer making RT devices. If that isn’t enough evidence that Microsoft is throwing good money after bad with their tablet efforts — especially with the Surface 2 — I don’t know what is.

What Microsoft Should Have Done
It may be too late for Microsoft to reverse course now, and I’d argue that Microsoft tablet and Windows 8 missteps have already cost the company valuable market share in the mobile space, and will take years to undo. Here’s the course I think Microsoft should have taken:

Development: Windows for desktops and laptops, a mobile OS for everything else
Microsoft has had Apple Envy for years now, so I’m surprised that Microsoft didn’t adopt Apple’s more logical approach to OS choice for mobile devices and desktops: Apple OS X is designed for desktops and laptops, while the touch-based Apple iOS ships on iPhones and iPads, and a healthy amount of feature cross-pollination exists between the two were it makes sense. All of the code-sharing and common engineering elements shared between a desktop OS and a mobile OS could (and should) continue behind the scenes, but each OS would be optimized — both from an engineering and marketing perspective — for the platforms they run on.

Marketing: Keep the Windows brand away from mobile devices
Microsoft tablet and smartphone fumbles could have been partly avoided if Microsoft treated the Windows Phone and Windows RT OSes as an entity separate from Windows, with different marketing efforts and messaging. Think I’m crazy in suggesting that Microsoft ditch the Windows branding for their phone and tablet products?
There’s a successful precedent for this within Microsoft: The Xbox. Microsoft could have called their first foray into the video game market the “WindowsBox”, but wisely chose a different path. Microsoft should have done the same with their OS effort for tablets and smartphones. I personally think “Surface OS” would have been a horrible alternative, inspired by 500-pound early Surface devices that don’t exactly scream “mobility.” But better alternatives could surely have been used. On the engineering side, even the new Xbox One benefits from technology sourced from Windows, but Microsoft wisely doesn’t force the Windows brand into their Xbox One messaging.

Now, Back to Reality
Microsoft seems committed to seeing what I believe is a flawed Windows 8 and tablet strategy through to the bitter end, and I predict that both Windows 8 and Surface sales will continue to suffer as a result. While I don’t believe Microsoft’s Surface efforts have yet reached the same level of ridicule as the ill-fated Zune — which led to the creation of the word “Zuned,” which Urban Dictionary defines as “…missed expectations or humiliation…” — they’re getting dangerously close.

So what do you think of Microsoft’s mobile efforts? Drop me an email with your thoughts, or reach out to me on Twitter.