Stop Taking Advice From “A Person Connected To Microsoft” 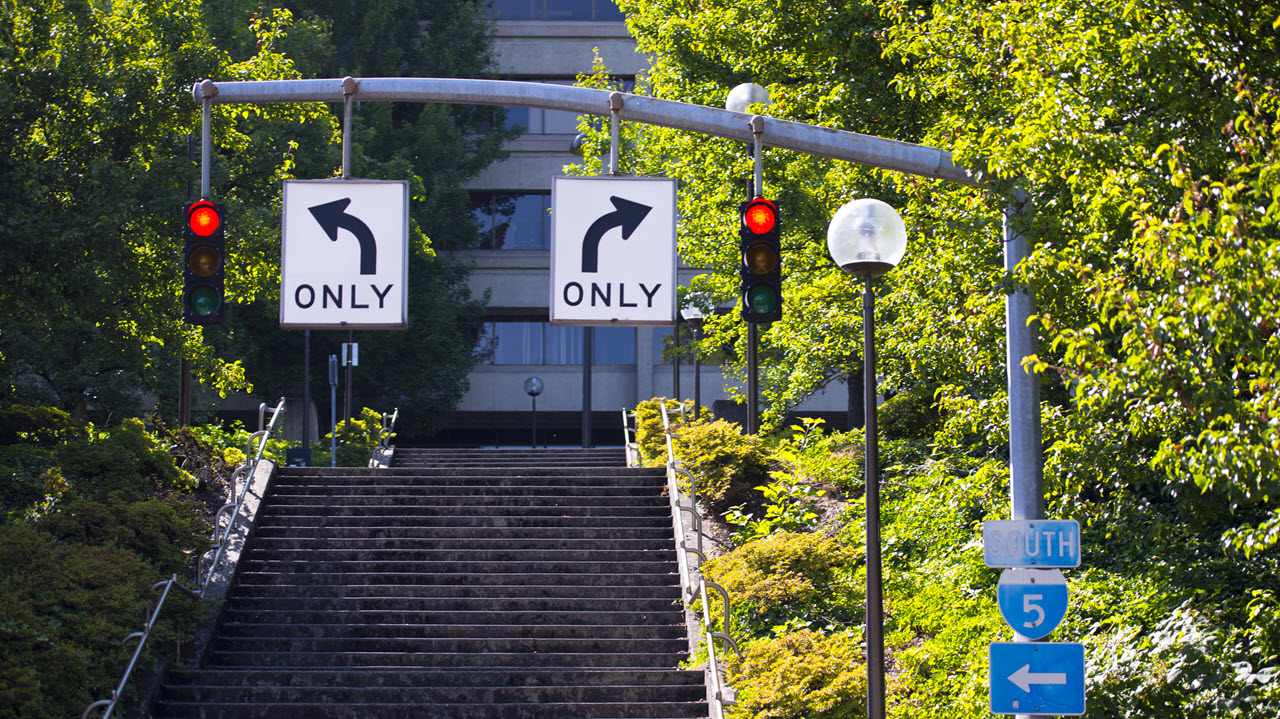 One of the things that annoys me in our industry is how supposedly educated people take advice and guidance on IT from no-nothings, the barfly, or the town idiot.

I’m going to say something here that some will find controversial. I believe, that if you work in IT and you want to be good at IT, you need to learn more, more often, than any doctor or medical consultant, for the entire length of your career. In this job, it is impossible to sit through some classes until you’re 22 and then move out into the workforce never learning again. I’d say that I learn more in a week, at the age of forty-something, than I ever did in school.
Why is this? I want to stay on top of my job. I want to be good at my job. I made a conscious decision back in 2001 that sitting back and letting things come to me had not worked. There was just too much to know. Expecting that someone else would feed me the information when I needed it, wasn’t going to work. A simple thing like explaining why a person couldn’t log onto their PC (my favorite question that I was asked in an interview) or why a mapped drive doesn’t map after a reboot (classic Windows XP scenario) requires an admin to understand a lot of parts with deep interconnections in the network. And that crazy thing was that the more I learned, the more I realized how little I knew. The more I realized how much more there was to learn.
That was back in a time when Microsoft released a new edition every 3-7 years. Welcome to the cloud era when the entirety of Microsoft is planning, architecting, developing, and releasing in 6-month sprints. This week (a slow week), I have 43 Azure-focused announcements in my RSS reader to get through. The pace of change has never been so crazy. One could complain but this is Microsoft releasing new, better solutions and reacting to our feedback. This is a good problem!
Information from quality sources has never been more important when planning IT over the short term and strategically. And this is why it annoys me when someone says to me, “I hear that Microsoft is doing X” and X is the daftest myth floating around. I’ll give you some examples.

Windows 10 Will Be Subscription-Only

This fallacy was partly because of Microsoft’s choice of branding. When Windows 10 was still in preview, Microsoft started to talk about Windows-as-a-Service (WaaS). Anything with a -aaS is normally a subscription. If you bothered to read the Sinofskian (needlessly long) blog posts, you would have found the buried fact that WaaS was Microsoft’s plan for releasing regular updates to Windows 10 at no additional charge to the customer. Once you were on Windows 10, you were on the Windows platform and that was it.
That didn’t stop the “experts” from spreading their fantasies. This further corroborated their Microsoft conspiracies and the blog posts regarding the myths. Real tech journalists, such as our own Brad Sams, Paul Thurrott, and Mary Jo Foley, had the truth but the facts didn’t matter for many people. Or perhaps, they simply weren’t motivated to find them. An “informed person” told them what sneaky Microsoft was up to. The word on the street was that after the free upgrade to Windows 10, Microsoft would sneak into our banks, and drain money out every time you even glanced at your PC.
What has happened? Sure, Microsoft has created new ways to subscribe to Windows 10, but those are business-focused bundles where customers are getting access to Windows 10 Enterprise edition, typically with Office 365 and/or management/security solutions. For everyone else, Windows 10 was released as a free upgrade for 1 year, as planned. Microsoft has settled into a bi-annual release program for Windows 10, more or less as documented. Customers are getting these upgrades to Windows 10 … for free … and their bank accounts haven’t been dipped into by pesky raiders from Redmond.

This gem was presented to me just a few days ago. In fact, it might have even been the morning before Microsoft announced Windows Server 2019. The person, in this case, claimed that “someone close to Microsoft” told them that the only new builds would be the semi-annual channel releases and that it was the truest truth out there, believe them!
The truth, as I was able to explain to the person in question, was quite different. Microsoft had already documented last year how Windows Server would be developed and released in the future:

In this example, the person chose to take strategic advice from “someone” instead of reading what was in black and white.
Microsoft did release the 1709 semi-annual channel in 2017 and 1803 is probably only weeks away. We know that in the second half of 2018, Windows Server 2019 will be released. My bet is that it will happen at Microsoft Ignite 2018, where the release announcement will almost-definitely happen or soon after in October.

As a person who has been using Hyper-V in production since the night it first went generally available (2008), the competitor propaganda that Hyper-V isn’t scalable made me laugh out loud. I have used VMware in production. I made the choice to switch to Hyper-V because I preferred how the Microsoft management ecosystem was developing. It didn’t hurt that Hyper-V was included in Windows Server’s virtualization licensing system, making it effectively free.
I met lots of customers, read lots of articles, talked to lots of people, and continued hearing the same lines over and over. It was channeled from the marketing department of VMware: “Hyper-V isn’t scalable”. My experience was a complete contradiction to that claim. I had great performance and I found that the SAN’s cost and capacity was the biggest challenge to the business. This is something later releases of Windows Server would deal with by introducing Storage Spaces and Storage Spaces Direct. But the myth would keep going and going, based on no evidence at all.
These days, I respond as follows to these self-proclaimed Hyper-V experts that typically have only really used vSphere: “I have one word for you: Azure”.
Microsoft’s cloud, Azure, is built using the same Hyper-V hypervisor that we can deploy. Microsoft doesn’t talk too much about versions but they definitely run Windows Server 2016 (or a semi-annual release of it). There might still be some Windows Server 2012/R2.
A single Azure compute cluster is made of around 1000 physical Hyper-V hosts. At TechEd North America 2014, it was believed that Azure had over 1 million physical Hyper-V hosts around the world. That was nearly 4 years ago. Azure has been doubling in revenue year on year and the number of regions (locations with multiple data centers) has exploded since then. I think it’s safe to say that Azure kills the daft claim that Hyper-V cannot scale. Maybe what couldn’t scale, was the abilities of those who propagated the lie in the first place?

In your career, and maybe life too, you need to make smart choices about acquiring information. The first step is to decide that sitting back isn’t enough. Those who want to be effective in their current job will bother to open Google and search for things like “Windows XP mapped drives not reconnecting”, reading a tech book, subscribing to good sources of tech news and information, or attending a course that their employers will pay for. Maybe you don’t care too much about your job but what about your career and future earning potential?
The tools and services that we use are changing faster than ever. Those who struggled when a company upgraded every 6-9 years will be left behind. I have no doubt that engineers need to learn how to learn. But they also need to find better sources of information, be it news or technical. 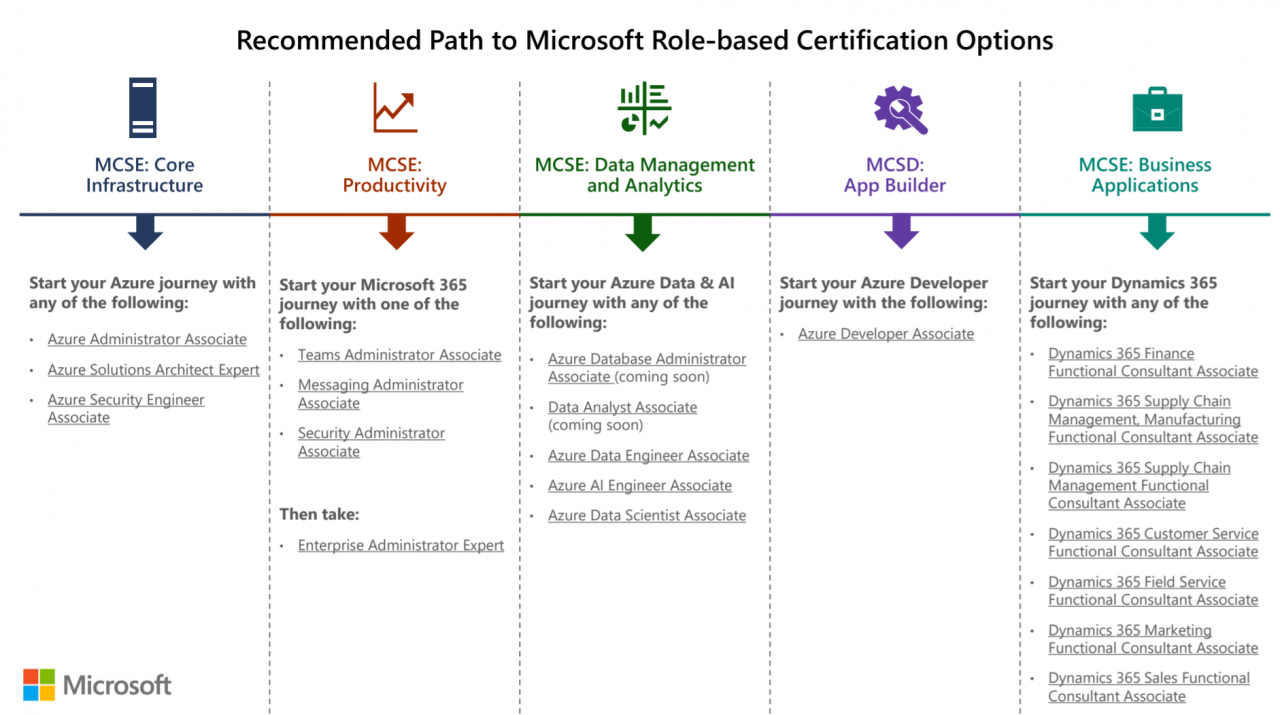 Microsoft Shifting Certifications to Workload-Based to Align with Skills 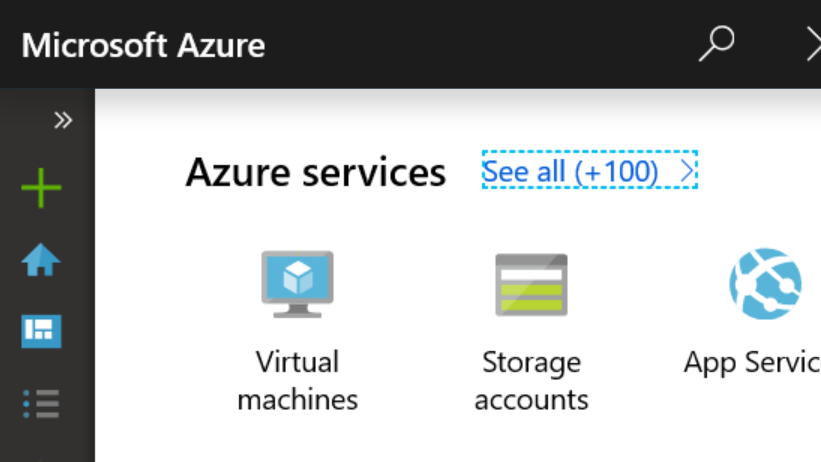 Getting Started with Azure on a Budget