SQL Server 2016 is Coming June 1, Heres Whats in Each Edition 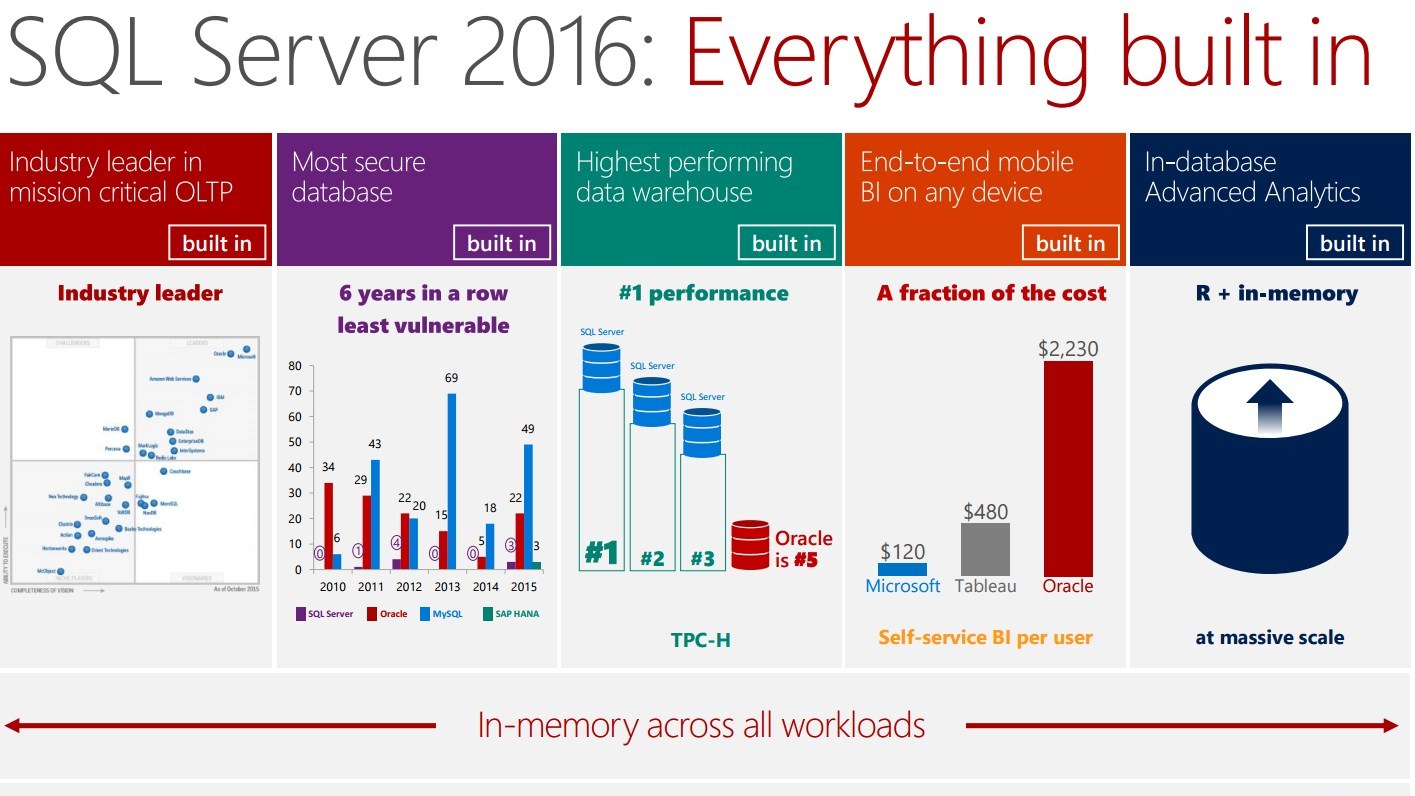 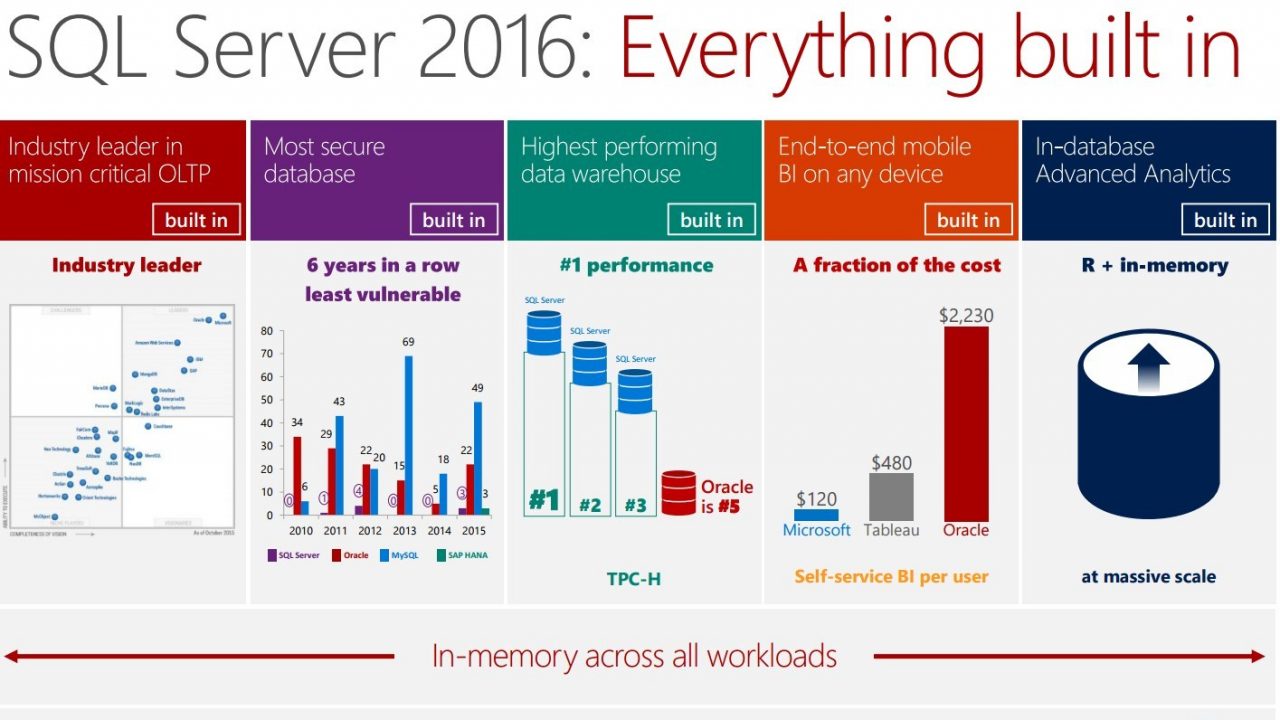 The wait is finally over: Microsoft has formally announced that SQL Server 2016 will reach general availability on June 1, 2016. With today’s announcement, the company has also released a datasheet that shows what features will be included with each edition of the software.

The following image includes a full breakdown of the feature sets per edition. 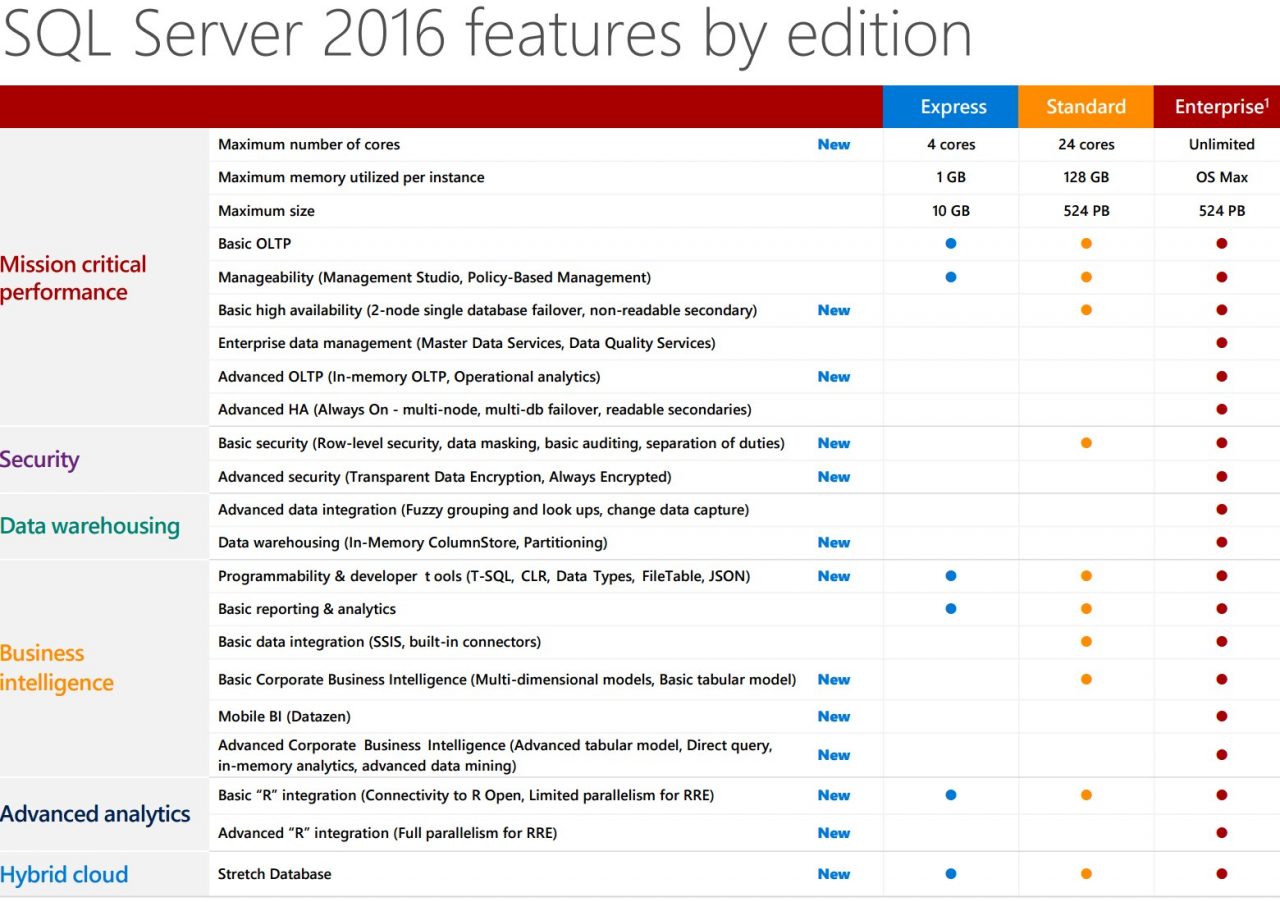 For those curious about the Linux version of the platform, which the company announced earlier this year, that product will not be ready until mid-2017.

Microsoft is touting that this new version of SQL Server improves upon performance, security, BI, analytics and hybrid cloud support when compared to prior version. Microsoft hopes that all of the new features will be enough to entice current customers to upgrade their existing version of SQL Server.

It will be interesting to watch the adoption curve of this platform as typically large clients will wait until the first few patches are released before implementing new software from Microsoft. But, seeing how the company has been publicly beta testing this platform for the past couple of months prior to launch, this may provide early adopters a bit more assurance that the platform is production ready from day 1.

You can read more about the availability of SQL Server 2016, here.