Microsoft has supported the WebM container format, and the VP9 and Opus video codecs in Edge, since the Windows 10 Anniversary Update. But there was a catch. WebM content could only be displayed using Media Source Extensions (MSEs), an extension to the HTMLMediaElement specification that allows JavaScript to generate media streams for playback. MSEs allow you to watch videos and live streams in your browser without any plugins.It also gives better control over how content is streamed when compared to using a simple <video> tag. 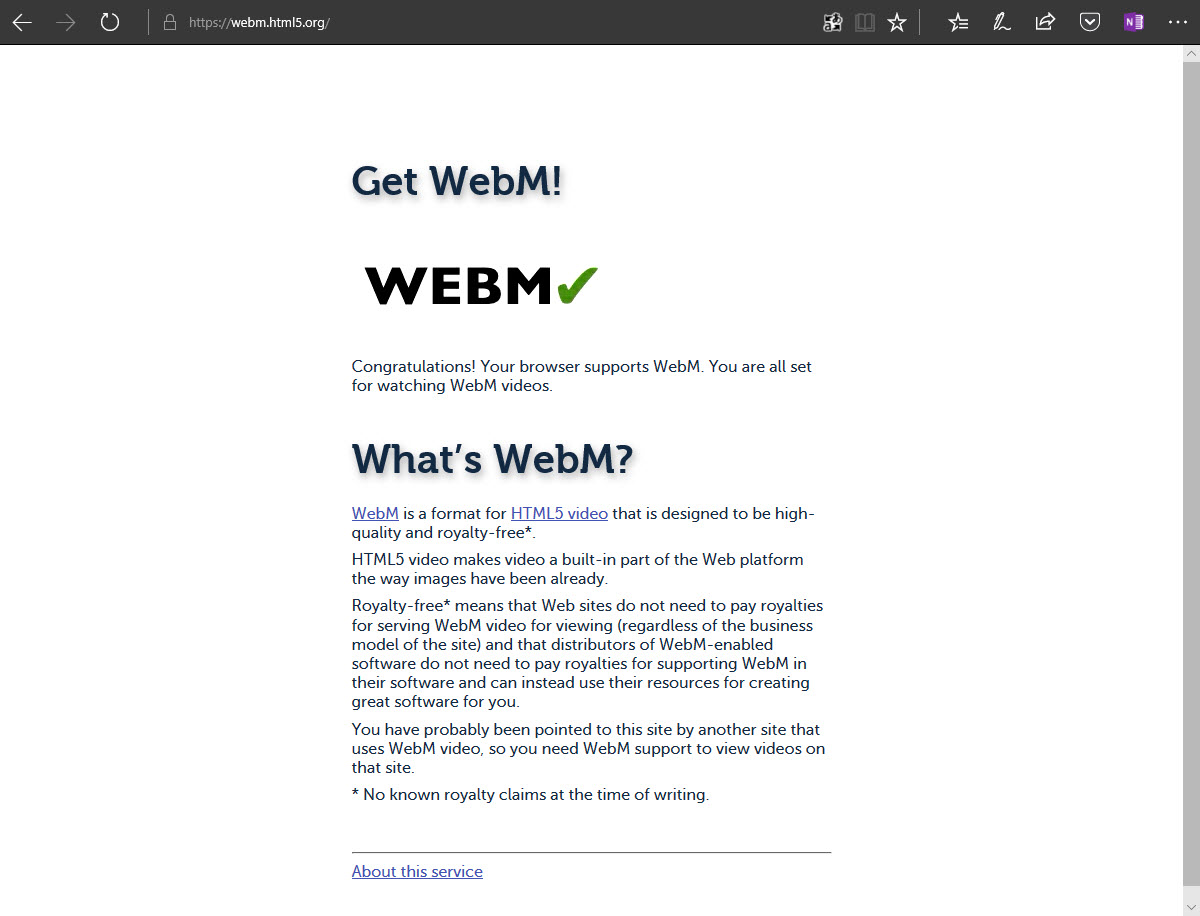 MSEs sound great in principle and sites like YouTube make use of them to good effect. However, most sites don’t bother to implement MSEs and instead embed WebM content using simple <video> tags. Because Microsoft Edge only supports WebM through MSEs, it is quite possible that video content won’t play in Edge.

Microsoft cited ‘performance’ as the reason for only supporting MSEs. It seemed unlikely that Microsoft would budge from this position but it looks like it has reconsidered due to pressure from customers. If Microsoft wants Windows 10 in S Mode to take off, where users are locked into a world where the only permitted browser is Edge, then to be frank, it is unacceptable that WebM content might not play.

In December, Microsoft announced the availability of the Web Media Extensions Package. According to a post on Microsoft’s Windows blog, the package is a new mechanism to provide formats on demand and add formats in the future. The package can be downloaded from the Microsoft Store here. The blog also states that the Web Media Extensions Package includes support for OGG Container Parser, Vorbis Decoder, and Theora Decoder. After installing the package on the Fall Creators Update, I can confirm that it enables support for embedded WebM. After you install the package, you will need to restart Edge. 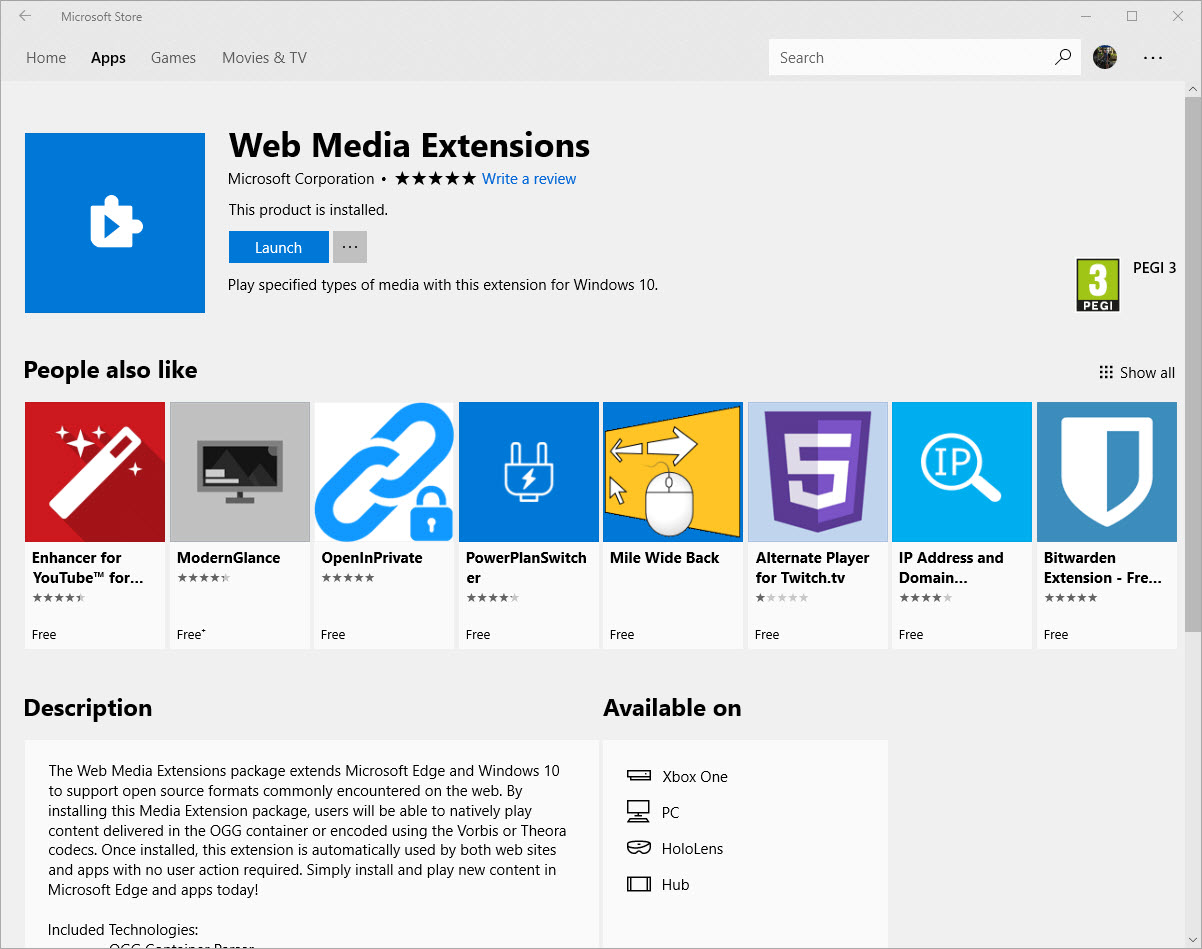 Once you’ve upgraded to Redstone 4, or the Spring Creators Update as it is otherwise known, you won’t need to install the Web Media Extensions Package to get support for OGG Container Parser, Vorbis Decoder, Theora Decoder, and embedded WebM. I assume that as the package is updated, it will add support for new codecs that are not currently baked into Redstone 4 and later versions of the operating system.

As I concluded in Google Chrome Versus Microsoft Edge in the Enterprise on Petri, despite my personal preference, it’s difficult to recommend Edge. And while it might not seem like a big deal, full support for WebM is an important step towards making sure people have a good experience with Edge. There are also other improvements to Edge coming in Redstone 4, including an improved Hub with a hamburger menu, larger panel, support for progressive web apps (PWAs), and the ability to mute audio from specific tabs.