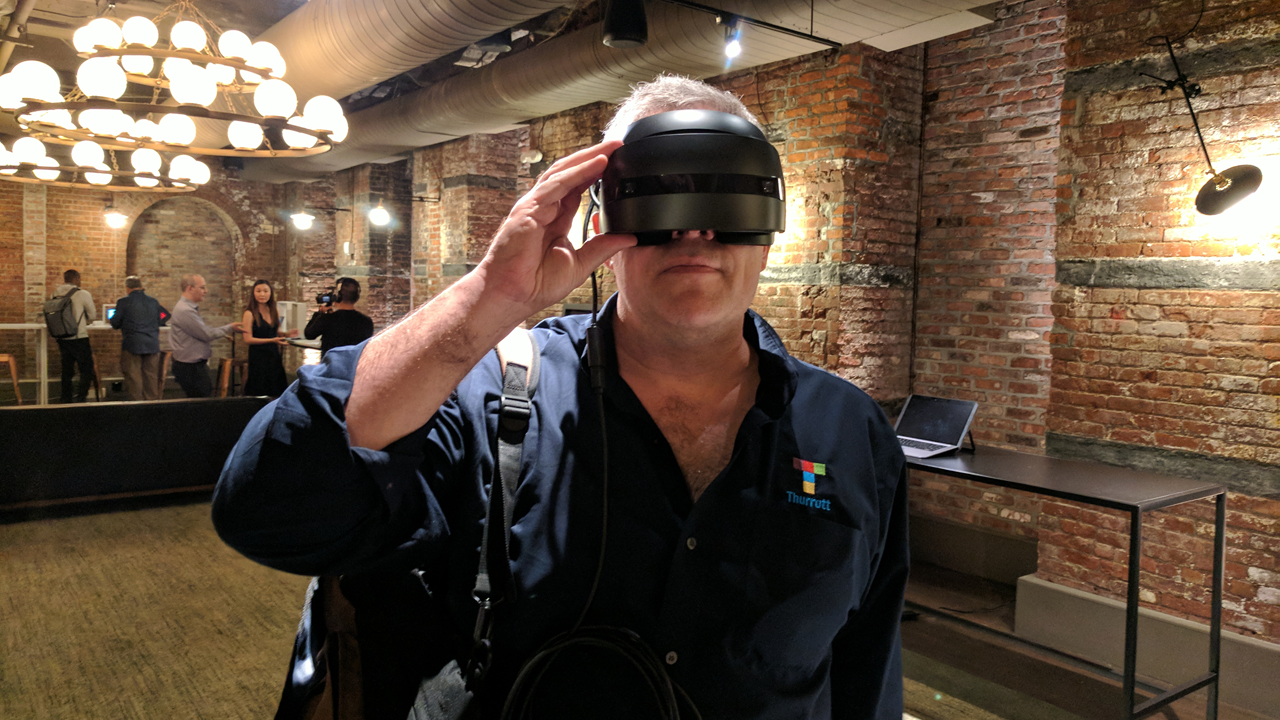 RoboPaul. “I’d buy that for a dollar.”

Because I’m in a real Groove this week, this edition of Short Takes looks at Microsoft Edge on Android and iOS (no, really), rumors of an impending death for Microsoft Surface, Microsoft’s share price, and much, much more.

Microsoft brings its Edge browser to Android and iOS. No, seriously

Bowing to massive customer pressure, Microsoft this week finally announced what its users have been demanding: It will bring Microsoft Edge to Android and iOS. OK, just kidding. About the “massive demand” bit, anyway: Microsoft really is bringing Edge to mobile, and while I’ll understand why you’re checking the calendar to see if April 1 has arrived a bit early, there is good reason for this move: For those (few) people who do want to use Edge on Windows 10, there is currently no way to sync things like bookmarks, history, reading list, passwords, open tabs, settings, and so on. And Edge Mobile, as I’ll call, will certainly address that need. Now if we could only figure out a way for more than 5 percent of PC users to actually use Edge, maybe we’d have something to get excited about.

“Microsoft could become the ‘Ticketmaster of eSports,’ analyst says”

Huh. And here I was thinking they’d become the ‘Grandmaster Flash’ of music services.

Will Microsoft kill off Surface in 2019?

In a curiously specific prediction that is based on nothing more than one person’s psychological profiling of Microsoft CEO Satya Nadella, a Canalys researcher this week claimed that the software giant would kill off Microsoft Surface in 2019. “It doesn’t make sense for them to be in this business,” he said. Indeed. It doesn’t make sense for Microsoft to be in many businesses, but you gotta keep those 120,000 employees busy, right? But as I noted earlier in Fake News: Microsoft to End Surface in 2019, we all have opinions. And since I’d rather base my reports on facts, here’s one: This is just opinion, and an opinion is not a fact.

“Surface Phone Updates: Is the Fabled Microsoft Device Really in the Pipeline?”

Speaking of opinions, researchers from Canaccord Genuity said this week that Microsoft shares could hit $120 by the end of 2020, thanks to increased revenues growth over the intervening time period. But what I’m interested in here is the rationale behind this: The firm says that Office Productivity, Gaming, Marketing, and Azure’s Platform as a Service together form a “virtuous cycle … for compelling growth drivers.” That marketing bit is odd, to me—communications is Microsoft’s weak point—but I agree with the rest of that.

I assume you write a different version of this article every single day.

HP throws Microsoft under the bus for Windows phone failure

In early 2016, HP inexplicably announced the Elite x3, a pointless Windows phone-based handset that went on to sell in the tens of units, and was released about three years after it was obvious to the rest of the world that Microsoft’s mobile platform was dead. I begged HP not to release this device, explaining that it was DOA and would tarnish their PC comeback, but to no avail. Regardless, it was a self-inflicted wound on HP’s part. But not as HP tells it: Now, as it is quietly killing off the x3, HP claims that it was only forced to do so because of a Microsoft strategy change. That supposedly occurred this year. “The Elite x3 was going to bifurcate, there were going to be a number of products,” HP’s Nick Lazaridis told The Register this week. “[But] Microsoft, as all companies do, decided on a change in strategy and so they are less focused on what they thought they would be focused on today. Given that, we also had decided that without Microsoft’s drive and support there it doesn’t make sense. If the software, if the operating system ecosystem isn’t there then we are not an operating system company.” That is an amazing example of saving face: HP should never have shipped that dog in the first place.

Kaspersky Lab is fighting a battle against fake news, and it cannot win

Pity poor Kaspersky Lab, which is guilty of two sins. One, it makes security suite software, and there is a growing feeling even among the unsophisticated that such things are unnecessary. And two, it’s from Russia. Which means that in today’s America, they were persona non grata. So Kaspersky Lab CEO Eugene Kaspersky, who by some (ludicrous) accounts is a Russian spy, is engaged in a PR war which, frankly, he cannot win. “Another sensationalist media story was released today stating among other things that Kaspersky Lab helps a certain intelligence agency in getting their hands on sensitive data from another intelligence agency through the home computer of a contractor,” he writes in his most recent missive. I feel bad for this guy. And while I’ve examined all of the claims against Kaspersky, I’ve only found one thing: Hearsay. What I’ve not seen is evidence. And yet even credible publications, like Ars Technica, take the stories at face value. I do agree with Ars on one thing, though: It’s over for Kaspersky in the US. You can’t fight faith with facts.

“Microsoft Investors Are Missing This Explosive Opportunity of a Lifetime”

Let’s just say that the secret ingredient is prunes.

Mattel cancels plans for a privacy-invasive smart speaker for kids

What’s scarier than an AI-backed smart speaker listening to your every utterance and judging you, silently, with its machine learning algorithms? How about one of those things for kids? That’s what Mattel—maker of such technologically advanced products as Barbie and Hot Wheels—was intending to do with its controversial Aristotle smart speaker for kids. No, not just kids. Infants. But no more: Buckling to the complaints of a consumer advocacy group which claimed that “Aristotle would inject corporate surveillance and marketing into the most intimate and important moments of young children’s lives,” Mattel has killed Aristotle. Which is bad news for Microsoft, as this would have been one of the few smart speakers to include its Cortana technologies. If only that consumer advocacy group understood how inept Cortana was, this would never have been a problem.

Remember when the Samsung Note 7 started exploding and catching fire last year? Well, it’s happening to Apple now, too: There have been several reports of the batteries in the firm’s new iPhone 8 handsets swelling and bursting the devices apart like cooked lobsters. And now Apple confirms that it is investigating what I will preemptively name “Burstgate.” Naturally, Apple refuses to confirm how many devices are affected, and given the firm’s track record, we can assume that it will try to sweep this one under the rug, issue free exchanges, and then exalt in the perfect scores its stupid customers will give it on customer satisfaction surveys. Let’s not let them get away with this, eh?

“What the Heck Is Google’s Plan for Android Wear?”