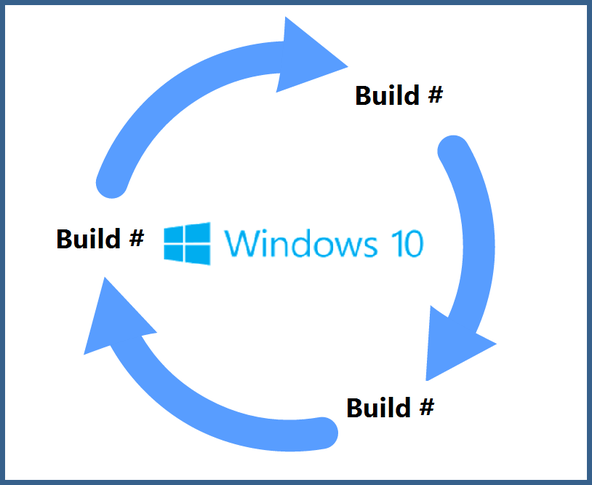 Because the wheels on the bus go ’round and ’round, this week’s other news includes a new Microsoft paid leave program for contract employees, Microsoft is still looking at running Android apps on Windows Phone, fake Apple Store employees, overpaid tech industry leaders, more Secure Boot non-concerns for Linux users, and the return of Blackberry (sort of).

Which is a fascinating assessment given that Microsoft fired the first shot with unlimited OneDrive storage for Office 365 customers. Last year.

For decades Microsoft defined what it meant to be a software company, and it lead the world in terms of market penetration and brand awareness. Today, the software giant is leading the world—or at least the United States, which is the only advanced economy in the world that does not require paid sick leave–in a different way. (And thank goodness it’s not as lame as Sony’s or Google’s insurance businesses.) It is requiring paid leave—including vacation time—for its contract workers. As it turns out, Microsoft, like the US military, isn’t big enough to do the job on its own, so it has hired thousands of contractors on top of its 130,000 full-time employees. These contractors—like those paid by the military—don’t technically work for Microsoft, so their benefits are determined by their actual employers. But now, if you want to do business with Microsoft, you must provide contract employees with 15 paid days off for sickness and vacation time. What a wonderfully socialist idea. Which can and should simply be the law.

“Report: Microsoft Not the Major Security Offender on Windows”

We’re looking at you, Adobe. No seriously. We are.

A credible report in Neowin claims that Microsoft is pushing forward with a plan to let Google Play Android apps run on Windows Phone. Depending on who you speak with, this is either the greatest idea in the history of mankind or, as I believe, the biggest mistake that Microsoft could ever make. Here’s the problem: in the history of personal computing, every time a platform maker creates a way for their platform to emulate another platform or otherwise run those apps, it’s an implicit admission of failure and major step towards the complete erosion of that platform. Whether it’s Boot Camp on Mac OS X, or whatever, you only allow such a thing because your own platform isn’t cutting it with customers. So while the Windows Phone app store isn’t exactly as strong as that for Android, let’s face it: if you want to run Android apps, you get an Android phone. Which is what people are doing already. And it’s not like Android app compatibility has helped Blackberry one bit. (See below.)

“Samsung Galaxy S6: How to Get It”

I would imagine you would just go to your wireless carrier and buy it. Do we really need this kind of help?

A homemade video shows just how gullible the average Apple Store customer can be as a group of pranksters pose as Apple Store employees and recommend non-Apple products. The overly-sensitive—aka Apple fans—are up in arms over this video, and of course Microsoft fans think it’s hilarious. Especially the bit where one customer seems to leave to go check out Surface Pro 3 at the nearby Microsoft Store. But anything as precious as the Apple Store experience is simply opening itself to this kind of prank, and while I do think it’s a bit mean and over the top, there is a petty part of my personality that gets a kick out of it. Because Apple.

“Facebook, Moving Ahead with Drone, Plans Test This Summer”

In other news, Paul Thurrott moves ahead with drone, plans to attack Facebook drones this summer.

And you thought Satya Nadella was overpaid

And if you didn’t, you should: the guy received an insane $84 million pay package last year, which is a lot of money for a guy leading the charge to put Microsoft apps on Android and iOS. But I digress. Google’s new CFO, Ruth Porat, is getting almost as much as Mr. Nadella, with a $70 million pay package that includes $30 million in cash and stock grants, plus a $650,000 and a one-time $5 million signing bonus. If that sounds insane, well, that’s because it is. And you have to wonder how or why so much money could go to a single individual. Ever.

By selling your personal data to advertisers.

When Windows 8 was in development, a mini-controversy arose when it was discovered that Microsoft’s next OS would require PC makers to enable a technology called Secure Boot, which is designed to ensure the integrity of the boot loader and help prevent malicious software like rootkits from running outside of the OS. Or, as Linux proponents called it, an attempt to keep anyone from installing Linux on these PCs. Microsoft backed off from this requirement, allowing users to disable Secure Boot and do what you will with the PC. (But on its own Surface devices, this is either impossible—as on the RT-based ones—or painful.) So now Windows 10 is coming down the pike and—bam!—just like that, the belligerent software giant is at it again, making Secure Boot a requirement and putting the screws to Linux because it hates freedom so much. Or … something. But as it turns out, the Secure Boot requirements are only slightly more onerous than they were in Windows 8. And, yes, overly-sensitive open source fan, you can still install Linux because we all know how popular that option is. The brass tacks: Yes, Secure Boot must be enabled by default on Windows 10 PCs, but it’s up to the PC maker to decide if it can be disabled. So you can start complaining to them, not Microsoft. Or just choose a high-profile Linux distro like Ubuntu that actually supports Secure Boot natively. Mini-controversies don’t get much more mini than this.

Great headline. So is, “Apple iPhone 7 may migrate to OLED displays instead of sticking with LCD.”

Blackberry is back, baby!

OK, not really. And I stand by my previous declaration that Blackberry is dead in the same way that Polaroid is dead despite the fact that you can find that name on DVD players and other devices if you shop in the wrong part of town. But the company that is carting around the rotting husk of the Blackberry Brand actually turned a small profit in the most recent quarter, though revenues were once again down. You can tell a company is fading when this statement amounts to good news: “BlackBerry continues to do a good job controlling operating expenses and eliminating its cash burn.” Especially when the rest of the sentence goes like this: “But the total revenue was still a big miss and we still have concerns about the demand side of the equation.” If the future of the company is software, then the future of the company is small, as software earned $67 million in revenues in the quarter. Those are Microsoft mouse and keyboard revenues, folks.

Yep. The graphic that accompanies this article does explain a lot. 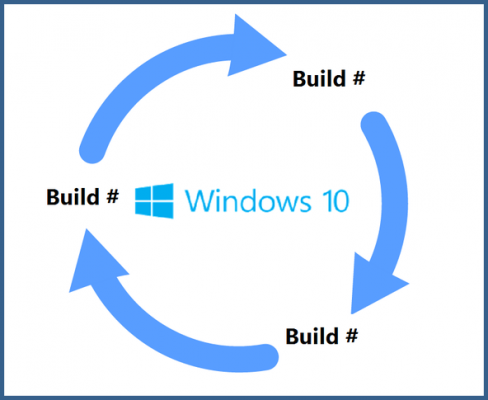