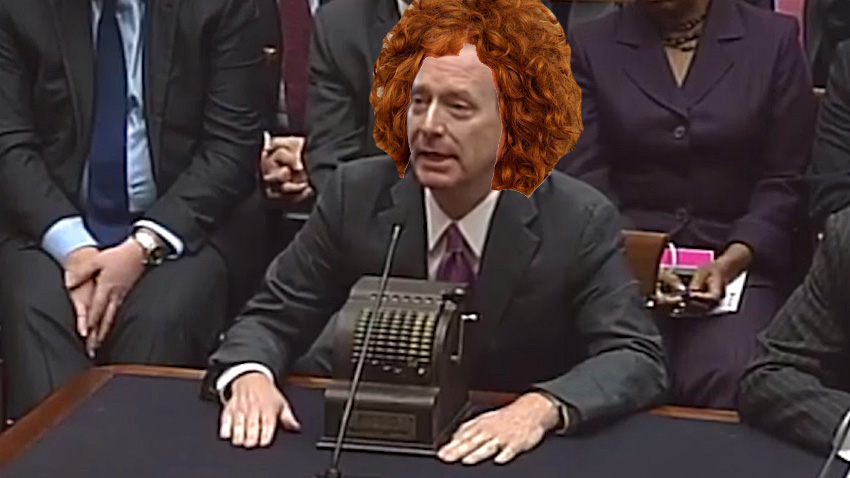 Because it’s been that kind of week, this edition of Short Takes focuses on Microsoft supporting Apple in the phone case, Brad Smith’s Carrot Top moment, why Microsoft bought Xamarin, how Skylake impacts Windows Embedded and Server, and I’m wondering when Xbox One will get Windows 10 apps.

Microsoft cofounder Bill Gates may not agree, but his company has offered unconditional support for Apple in its battle to prevent the FBI from “decrypting” (not really) the iPhone so it can investigate a known terrorist. “We at Microsoft support Apple and will be filing an amicus brief to support Apple’s position in the court case next week,” Microsoft President and Chief Legal Officer Brad Smith said during a Congressional hearing on Thursday. “Put simply, we do not believe that courts should seek to resolve issues of 21st-century technology with law that was written in the era of the adding machine. We need 21st-century laws that address 21st-century technology issues. And we need these laws to be written by Congress.”

Because corporations aren’t just people. They have hearts too.

Mr. Smith didn’t just reference “the era of the adding machine.” He made his point more explicitly by pulling out an early 1900’s adding machine, which he said was representative of the personal technology of the day. Har, har, har. Get it? That may sound fair on the face of things, and, yes, the laws need to be adjusted to account for modern technology. But there’s just one problem: As it turns out, the law in question actually covers the notion of data stored on an iPhone quite nicely. And as it turns out, many of our laws, dating back to the original Constitution, have likewise withstood the passage of time too. And that document was made in 1789.

Not really. But one imagines that someone from Microsoft texted him right after he supported the FBI and said, um, Bill….

Leaving aside the prop comic stuff, Brad Smith’s real point was that Microsoft supports the notion of the U.S. Congress determining the encryption issue, rather than a court ruling. The idea here being that it is Congress that actually makes the laws that govern the nation. And not surprisingly, Mr. Smith found some support for this notion among the members of Congress in the panel to which he testified. “I actually very much believe that the encryption issue should be before Congress,” representative Zoe Lofgren said. “We’ve already – the Judiciary Committee has started that process.” “The only way to get the law right for the future is for Congress to act,” Mr. Smith agreed.

I know, we’re never going to get off of this topic.

Does Microsoft’s purchase of Xamarin—and the death of Astoria—mean that it will bring universal apps to Android and iOS?

When Microsoft announced its universal apps platform, the first thing I thought was, “apps can’t be truly universal unless they run on other platforms too,” followed by, “and the next logical platform to choose after Windows 10 is Android.” This past week, two things happened that sort of further that thinking. First, Microsoft (finally) purchased Xamarin, a company that helps developers create C# apps that run on Windows, Android and iOS. And second, it belatedly announced that it had long-ago killed the Windows Bridge for Android (“Astoria”), which would have helped Android apps run on Windows. So … will Microsoft extend the universal app platform beyond Windows 10? I think it’s inevitable. And now I wonder if Build 2016—which starts just a month from now—isn’t the logical time and place to get that ball rolling.

This makes sense, since the embedded versions of Windows operate much like Windows client. But…

As you might recall, Microsoft revealed in January that it would no longer support older versions of Windows on “new silicon” like the Intel Skylake generation of Core processors. So how does that impact Windows Server? “There is no change to our current policy,” Microsoft asserts on its Windows Server Blog. Which makes sense: No companies buy new server hardware and “downgrade” to older Server versions, it’s just not necessary, as it often is with PCs. Plus, the stuff that makes Skylake painful with older Windows client OSes—smart phone-like power management functionality, especially, plus support for new hardware peripherals—is less of a concern on servers.

Um. No: Xamarin helps developers bring Windows apps to other platforms. It doesn’t help bring other apps to Windows phone.

When is Xbox One getting Windows 10 apps?

One of the big promises with Xbox One is that it will get Windows 10 features like Cortana and, more important, Windows 10 apps sometime in 2016. Sure. But when will then be now? “Soon,” says Microsoft CEO Satya Nadella. “Very soon.” Sadly, that is literally all he said on this topic. Which leads me to think that we may be hearing more about this at Build, since, you know, it’s a developer show and all. The suspense is killing me.