Why Has Microsoft’s Project Centennial Been So Unsuccessful? 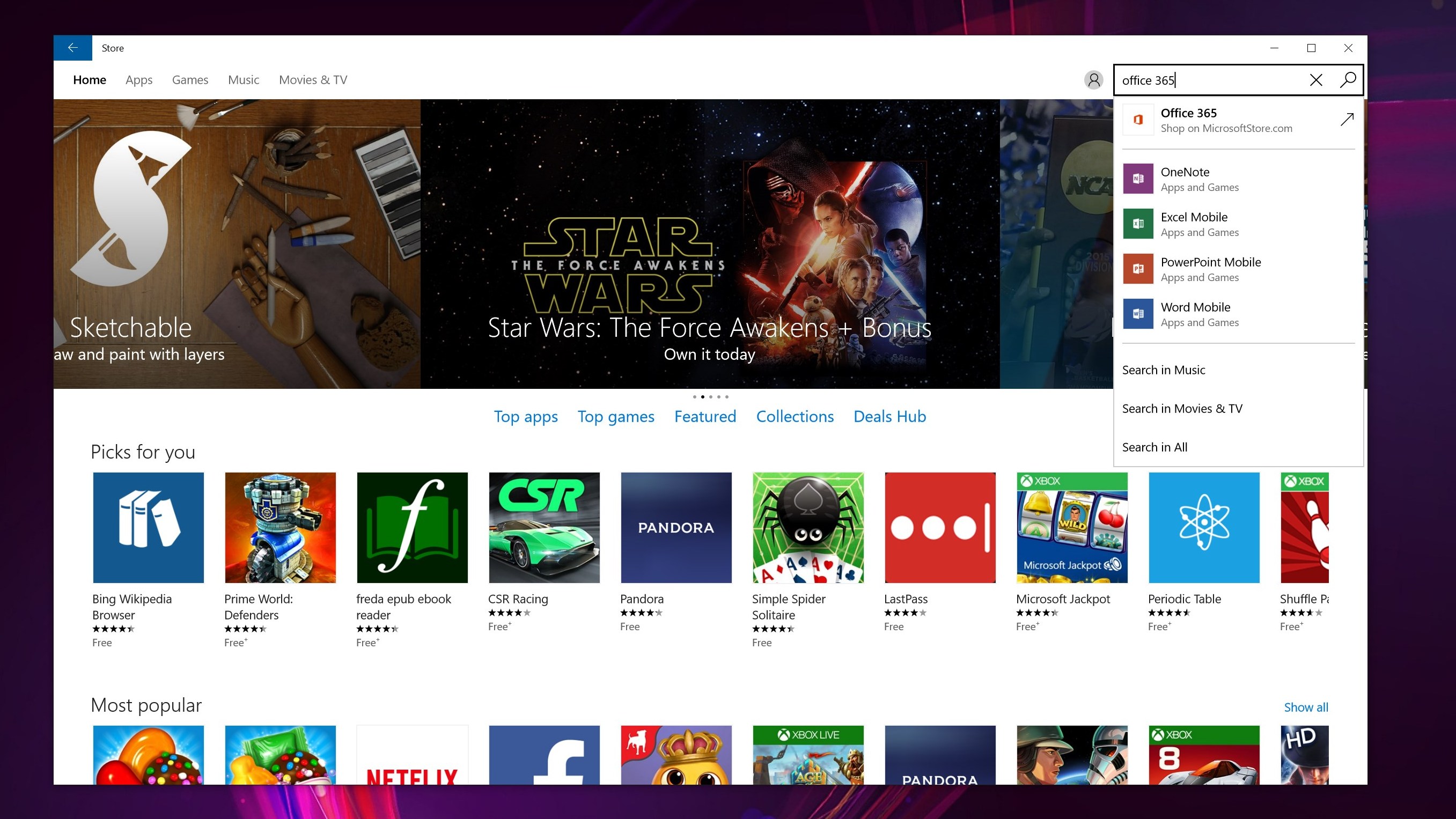 Two years ago, at Microsoft’s developer conference, Terry Meyerson announced the use of four different bridges. These bridges provided a way that developers could bring apps to Windows 10. There was an iOS bridge, Android bridge, web apps bridge, and the classic win32 desktop apps bridge. Currently, the Android bridge is dead. The web apps bridge has been silent. Only the iOS bridge and the Win32 bridge have had any success.

Of these four bridges, three of them were an attempt to draw developers from alternative platforms to Windows. Project Centennial is different. This bridge was aimed at existing Windows developers who have built applications for the Windows desktop environment. It wants to bring them into the new Microsoft app store.

I expected these Windows developers to gladly run a command line application, package up their app, and submit it to the Windows 10 app store. That is not what has happened. There have been very few Project Centennial apps to come through the store and those who have come through are not big names. This article attempts to understand why there are so few popular desktop apps in the Windows app store. 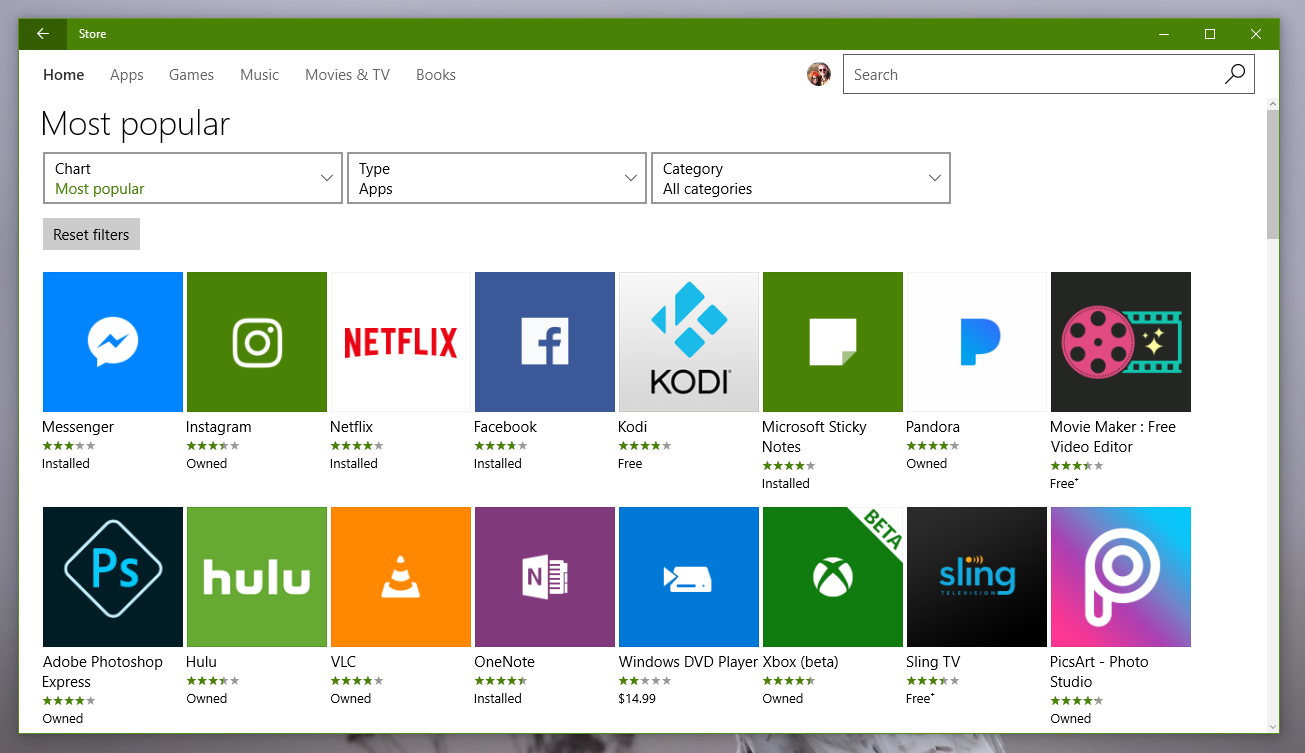 Nearly every single big and medium Windows desktop application is missing from the Windows 10 app store. The only big-name application is Adobe Photoshop Elements. Even though Adobe and Microsoft said that Premiere Elements would be available in the store, it has not arrived yet. Both companies are silent on the matter. I believe this to be a technical limitation of Project Centennial’s desktop app converter.

Big name developers are not bringing their bread and butter applications to the Windows 10 Store. You might think smaller developers would but they are not. The known applications like Paint.net, GIMP, Blender, and Audacity are all absent.

Why Are They Missing?

I reached out to Windows desktop application developers and asked them about their opinions toward Project Centennial. I asked why they have chosen not to use the Windows 10 app store.

To better understand their reasoning, I have created three distinct groups of developers. Each group had their own reasons, or lack thereof, for their application(s) missing from the app store.

The first type of developer is the decentralized, international, open source, freeware developer community. The likes of who make Audacity, LibreOffice, Blender, GIMP, etc. These communities are not fans of Microsoft and do not believe in closed app stores. Its decentralized nature means no one person can just package the application and submit it.

These developers tend to be principled. Direct distribution via the web is highly preferred. Ironically, distributing free apps through the Windows app store would give more people access to these applications. It would also give a slight advantage against Microsoft’s own popular desktop applications, which are absent from the store.

The second type of developer is the lone wolf. These developers make applications out of love and passion for programming and problem-solving. These are applications like Avidemux, Screen2Gif, VirtualDub, and dozens of other little utilities. To this group, time and attention is their most scarce resource. Submitting their application to the Windows 10 app store is time-consuming and they are not interested.

Many of the tools they make are free. Taking on extra work for no benefit is not interesting. A few of these developers have experimented with Project Centennial and have not gotten around to submitting a final package to the store. Typically, they build these applications in their spare time or as a side project. Jumping through more hoops for the app store submission is not a worthwhile investment.

The third and final group of desktop app developers is small and for-profit. These are companies who make awesome paid or freemium utilities. They sell their software directly via their websites. Falling into this category would be Discord, MagicDVD, VSDC, TeamSpeak, and so on. These developers are serious about customer service and many make their money by providing professional product support.

These companies are not distributing products through the Windows 10 app store. The main reason is because it is not on the roadmap. Its customers are not requesting this either. In some instances, the Desktop App Converter tool, which packages the application for submission to the store, simply does not work. Usually, this occurs with apps, which seriously taxes the system resources. An example of this is a video editing tool.

Software companies evaluate new features and distribution channels for a return on investment. Many of these companies have its own established methods for distribution and updating. Distributing its software through the Windows Store would increase the complexity of the software. It would only duplicate the functionality already built. Without requests from customers, there is little to no compelling reason to spend development resources on supporting the Windows Store.

The Power of Users 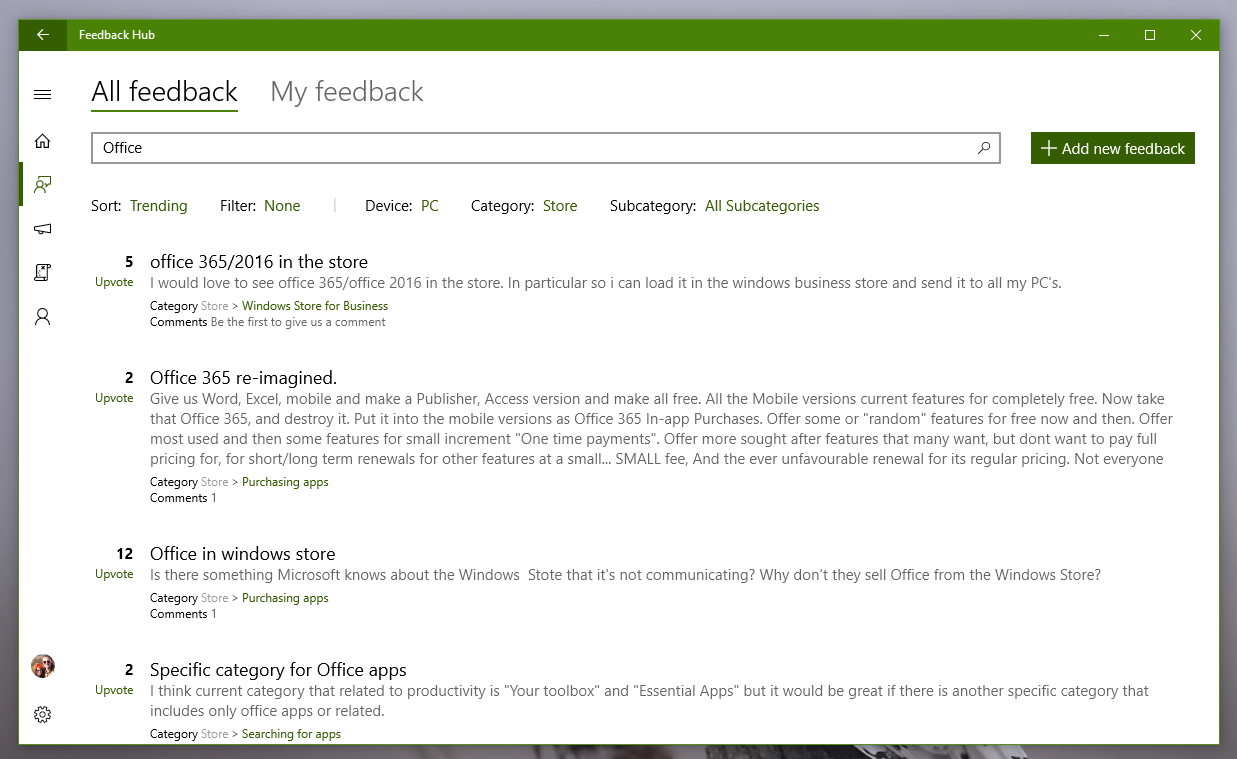 Feedback App: Office In the Store

Most of the developers I spoke with said the Windows App Store offered no advantage. When Microsoft talks about the advantages of desktop apps through the store, this mostly benefits the users. After passing through the desktop app converter, an application has cleaner installs, is more secure, and uninstalls are quick and easy.

If users want these features, they need to put pressure on developers. These software companies already have a successful business. They need to justify investing developers into using the desktop app converter. A few of the freeware applications like Paint.net are considering distribution through the Windows 10 Store, but it is a low priority.

The equation gets more complicated for developers of paid software. For example, FL Studio has a lite app version for Windows 10 but its professional software is not in the store. This is because the store is not a priority and the price would have to increase by 30 percent to compensate for the percent Microsoft takes. That higher price would drive customers to buy directly from the developer’s website.

What Can Microsoft Do?

Project Centennial has not been successful in bringing many big names to the Windows 10 Store. It is unclear if the leadership at Microsoft wants the store to become filled with desktop applications. Even big name Microsoft products, like Visual Studio and Microsoft Office, are not in the store.

Users could drive the developers of their favorite applications to distribute through the Windows Store but there is no good reason to do this. The Windows Store solves no pain-point for savvy PC users. There are tools like Ninite, which automate application downloading and updating. Clearly, there is a market for a modern application manager on Windows.

Essentially, Microsoft has not made any serious incentives for developers or users of desktop apps to go through the Windows app store. I would guess there are several reasons that Microsoft has not added its own desktop apps to the Windows 10 app store. Mostly, I suspect the teams evaluated the store and decided it had nothing to offer them or their users. Until UWP apps can begin to address pain points of users in a modern multi-device and multi-ecosystem world, the Windows 10 app store will stay dead.