First of all, Microsoft Endpoint Configuration Manager has made it easier for IT Admins to monitor the progress of content package distribution in their organization. The latest update brings the ability to visualize content distribution path and status in the form of a graph, which shows important information like distribution status, point type, as well as status messages. You can see how the graphical visualization looks in the image below: 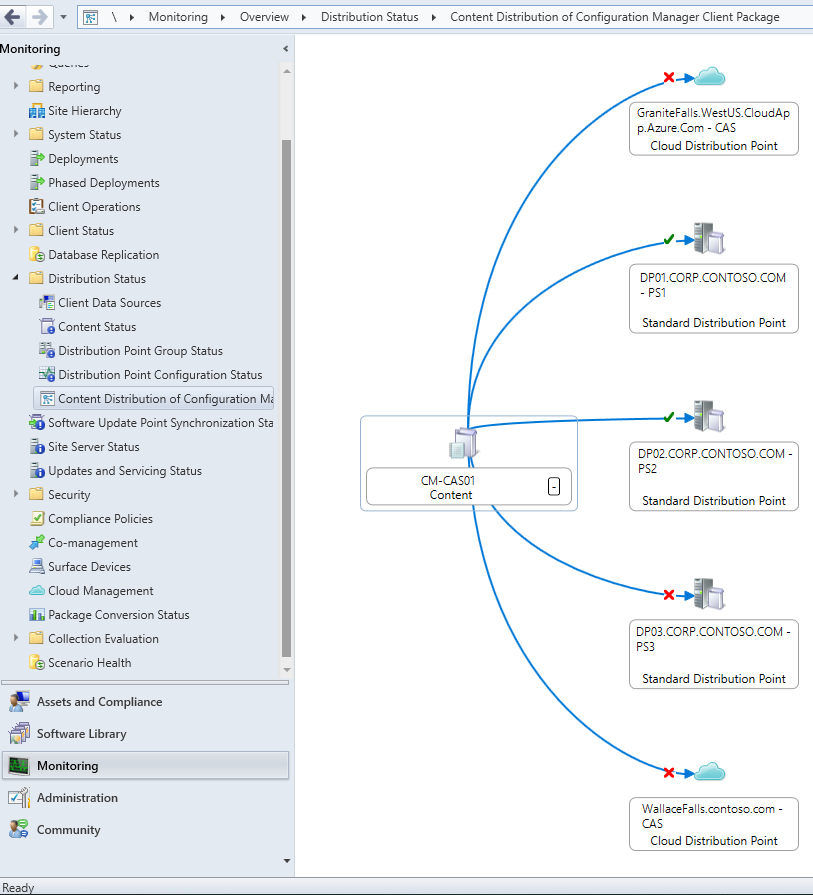 This new preview also brings custom icon support for task sequences and packages that should help to make software identification easier. Users can now add custom icons that will be able visible in Software Center when the object deployment ends.

There are also some improvements for Power BI Report Server integration in Microsoft Endpoint Configuration Manager. Secondly, users will be able to access all the Power BI reports saved by Power BI Desktop (version May 2021 or newer) without any problem.

Microsoft Endpoint Configuration Manager has also introduced a new feature that enables users to run client notification actions directly from the Deployment Status view. To do so, head to the Deployments node in the Monitoring workspace. Choose a specific deployment and then click the “View Status” option.

Finally, Microsoft has added an option that lets users sort nodes by an icon in the Configuration Manager console. It was a highly requested feature by Microsoft Endpoint Configuration Manager users that will help them easily group objects of a similar type. Other improvements included in this technical preview release are new PowerShell cmdlets, and you can check out the full changelog on this support page.