Low Budget Exchange Server Deployments; What Do You Really Need? 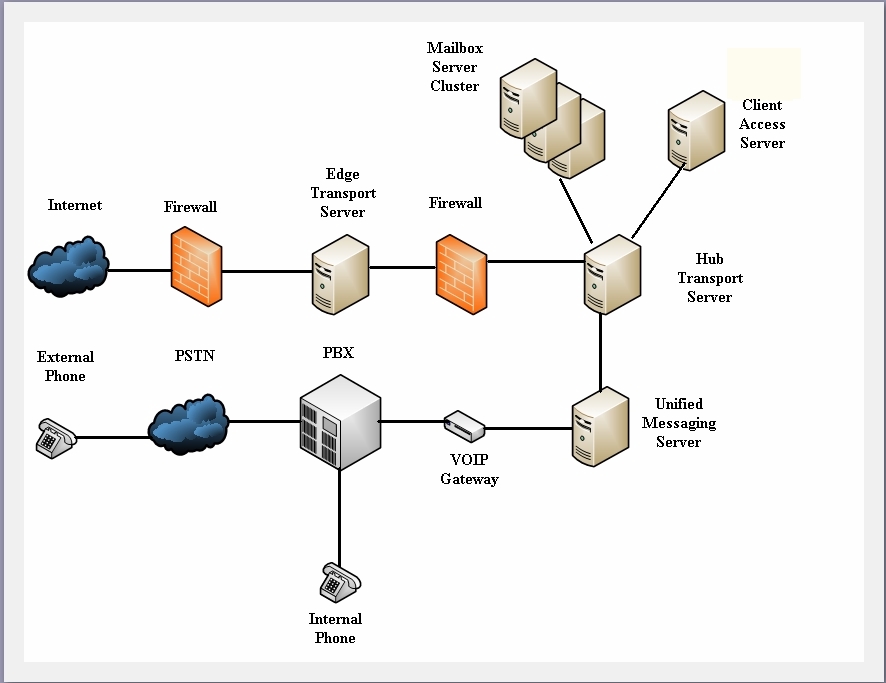 Given the current economic crunch, just about everybody is being far more cautious with their IT spending. Even so, companies can’t just put everything on hold until things get better. If everyone did that, the economy would come to a grinding halt overnight. If your company has been considering deploying Exchange 2007, then my advice would be to go for it, but be smart about the deployment. My purpose in writing this article is to help you to plan a cost effective Exchange Server deployment.

How Many Servers Do You Really Need?

Exchange Server 2007 was designed from the very beginning to be a distributed application. If you look at any of the Microsoft documentation related to installing Exchange 2007, you will likely see elaborate diagrams that show a bunch of different Exchange Servers all connected together in an intricate design. The diagram might look something like the one shown in Figure A. 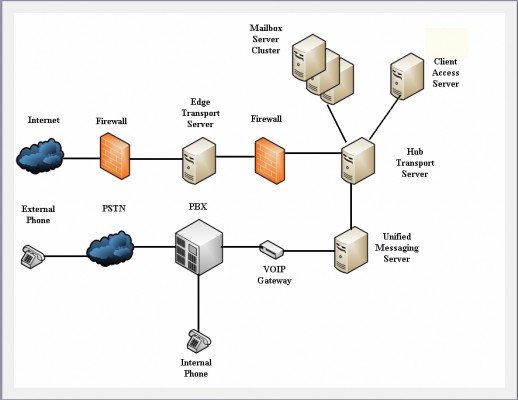 Exchange 2007 is designed to use a distributed topology.

Whenever you see  these types of diagrams, it is important to stop and think about why Microsoft is recommending the topology that they are. While it’s true that Exchange will generally perform better if you distribute the workload across multiple servers, it is also true that Microsoft’s primary goal is to sell software. It is therefore in their best interest to recommend a topology that involves using lots of servers, because each individual server requires a Windows Server license, an Exchange Server license, client access licenses, etc.

The trick to creating an economical Exchange Server deployment is to minimize the number of servers that you are using, but to do so in a way that does not result in performance problems.

Virtualization is one of the hottest trends in IT today, so it seems only natural that when administrators are trying to economize, they often turn to virtualization as a solution.

When it comes to an Exchange 2007 deployment, there is no denying that virtualization can save money. After all, virtualization reduces hardware costs, and it can also reduce the licensing costs for Windows Server. The savings may end there though, because Microsoft does not appear to offer any licensing model for Exchange 2007 that is geared toward a virtualized environment. Therefore if you have a host server that is running four virtual Exchange Servers, you are still going to have to purchase four separate Exchange Server licenses, plus any applicable CALs.

I tend to think that if you are really out to save money, then the first thing that you should consider is consolidation. In other words, you need to consider which of the Exchange Server roles can be combined onto a common server.

At a minimum, Exchange 2007 requires you to have a mailbox server, a client access server, and a hub transport server. All three of these roles can be combined onto a single Exchange Server, assuming that the server has sufficient hardware resources to handle them all.

Although virtualization and consolidation are both effective techniques in reducing the cost of an Exchange Server organization, neither technique should be used without a lot of planning. In Part two, I will conclude the series by showing you some techniques that you can use to figure out if your Exchange Organization can benefit from these techniques without adversely affecting performance in the process.