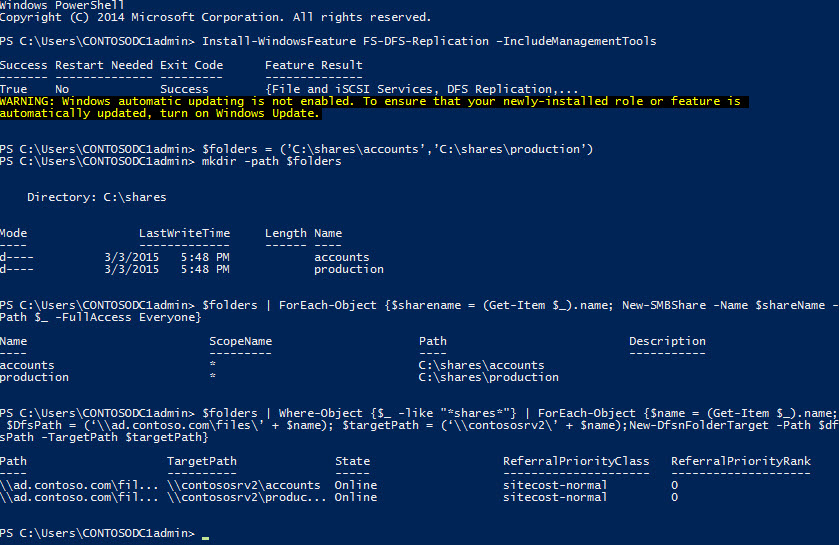 In this Ask the Admin, I’ll show you how to replicate folders between two servers using Distributed File System Replication (DFSR).

Before DFS replication can be configured, the DFS replication service needs to be installed on participating file servers. In my lab, contososrv1 already exists, and I want to replicate two shared folders (accounts and production) to contososrv2.

Log in to contososrv2 with a domain administrator account, open a PowerShell prompt and run the command below to install DFSR on both servers using the Install-WindowsFeature cmdlet: