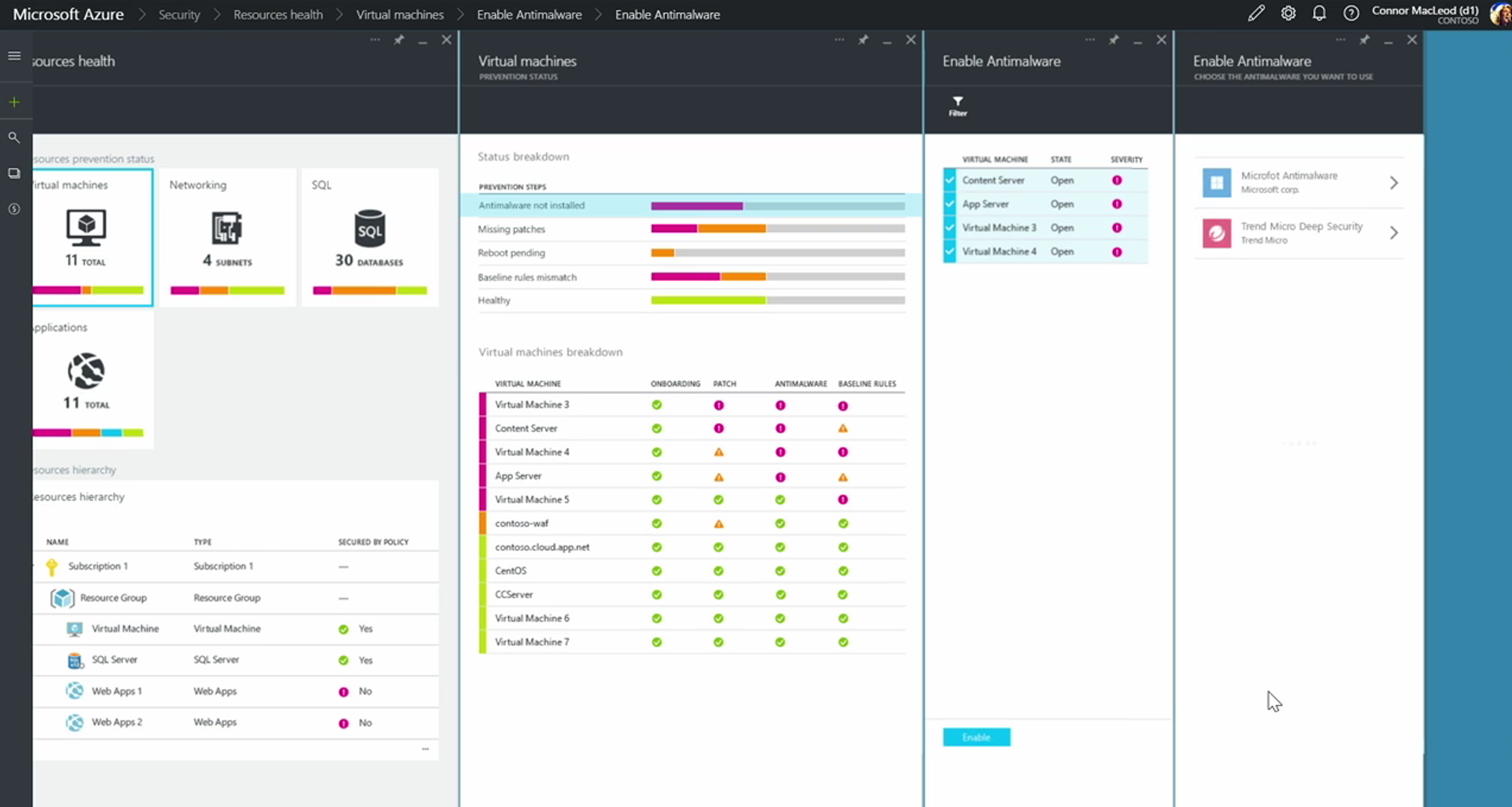 Anyone that follows Azure closely knows that changes happen in Microsoft’s infrastructure-as-a-service (IaaS) and platform-as-a-service (PaaS) cloud on a weekly basis. Typically these improvements are given a soft announcement via a blog. But every few months, Microsoft has an opportunity, either at a large in-person event or an online event, to make a large set of significant announcements. Microsoft ran an online event called AzureCon at the end of September and used this as a venue to launch a number of new Azure services. I’ll summarize the changes that are relevant to IT pros in this article.

Azure continues to grow. Some of the huge numbers that Microsoft have announced include:

This new service recognizes that those who are using the cloud know little about securing the cloud. The new Azure Security Center (ASC), which will be broadly available by the end of 2016, will provide a central console to manage the security of your deployment in Azure. You can do the usual things that you would expect in a security solution, such as policy deployment, detection, alerting and reporting, but ASC provides intelligence, too.
ASC will gather data from your Azure subscription, from the reset of Azure, and from partner virtual appliances from the likes of Barracuda, Checkpoint, Cisco, CloudFlare, F5 Networks, Imperva, Incapsula, and Trend Micro. This allows you to understand what is going on in your Azure deployment. The aggregation of data from around Microsoft and partners allows ASC to understand threats that you have not had to deal with; this means that if a new attack that has been seen elsewhere before it hits your deployment, then ASC will identify it, and you can defend your business.
Some things you can expect are identification of challenging threats:

Every now and then I am asked if Azure has virtual machines that offer graphic processing units. It’s not that they want to play games via RDP in the cloud, as GPUs are math co-processors and are tuned to crunch numbers. This makes them superb for large-scale compute operations, such as HPC, rendering, and more.
Microsoft is introducing a new series of virtual machines called the N-Series that will run on hosts with GPUs, which is in preview in the coming months. Microsoft will be using NVIDIA Tesla Accelerated Computing Platform and NVIDIA GRID 2.0 technology and is proclaiming this to be the best of its type in the cloud today.

Note that access to these regions is limited to volume licensing customers or partners with a local enrolment in India at this time.

Those doing DevOps in Azure with containers will be delighted to learn about Azure Container Service, which will launch in preview before the end of 2016. This will give you a single point of deployment and automation for containers, initially on Linux virtual machines and eventually on Windows Server 2016 virtual machines. Azure Container Service will unify services from Docker, Mesosphere, Marathon and Chronos.
This strikes me as being very similar to what Microsoft has done with Hadoop — using and contributing back to open source to bring an integrated but standardized service into Azure. How Microsoft has changed!

A number of other announcements were summarized: