Xbox One and the Cloud OS: A Tale of Two Clouds 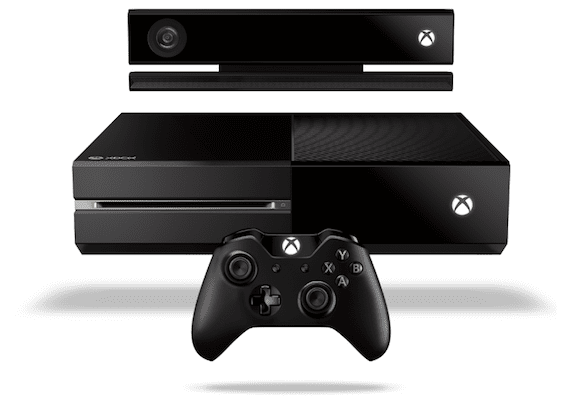 Update: 6/19/2013 – Microsoft has removed the 24-hour Internet connection requirement for the Xbox One. Read the blog post by Microsoft’s Don Mattick for more information.

Microsoft has had lots of news to share at back-to-back tech-related conferences this month, starting with Microsoft TechEd 2013 in New Orleans the first week of June, and the Electronic Entertainment Expo (E3) this week in Los Angeles. The former deals with Microsoft’s enterprise IT efforts, while the latter is entirely focused on the video game industry. While you may be wondering why I’m mentioning both in the same article, there are some common threads that bind them together: the use of cloud computing services; the near ubiquity of high-speed, always-on Internet connections; and the impact of losing the ability to utilize software or services in the cloud when that Internet connection is broken or otherwise unavailable.

Cloud OS Vision: A Cloud for Every Taste

Microsoft’s big push at TechEd this year was the Cloud OS. In the Cloud OS model, key Microsoft products and platforms like Windows Server, System Center, Windows Intune, and Windows Azure services are designed and developed to allow IT administrators to embrace cloud computing on their own terms. They can manage their private clouds on-premise, or they can rely on trusted external hosting providers for cloud services.

Finally, Microsoft offers Windows Azure Infrastructure as a Service (IaaS) for IT shops who want public cloud services. The Microsoft business unit behind the Cloud OS strategy — the Server and Tools division — has listened to customer feedback about cloud computing services over the years, especially those that had legitimate concerns about putting IT resources in the cloud from an auditing, compliance, data portability, or security perspective. So the Cloud OS strategy accommodates them by letting them keep their data and IT services onsite and protected from the risk of an ISP failure or Internet outage that could prevent them from accessing business critical data, information, and IT services.

So how is the Cloud OS tied to Microsoft’s launch of the new Xbox One game console? If you don’t follow the video game industry, here’s the key highlight in a nutshell: Microsoft announced that the Xbox One would require an “online check-in” once every 24 hours to enable offline gaming. Here’s the official explanation from Microsoft’s Xbox Wire website:

“With Xbox One you can game offline for up to 24 hours on your primary console, or one hour if you are logged on to a separate console accessing your library. Offline gaming is not possible after these prescribed times until you re-establish a connection, but you can still watch live TV and enjoy Blu-ray and DVD movies.”

So what happens if your Internet connection goes south, or if you’re trying to play a single-player game offline? After 24 hours of no Internet access, the Xbox One becomes the video gaming equivalent of a $500 boat anchor – albeit one that serves as a glorified movie player, limited to playing DVDs and Blu-ray discs.

Combined with news that Sony would price their rival PS4 console $100 cheaper than the Xbox One ($399 versus $499) and had fewer restrictions on playing used games, Microsoft’s Xbox marketing seemed to spend most of this week on the ropes of public opinion, with Luke Plunkett at Kotaku possibly capturing the mood of E3 watchers best in his article “Sony Just Smacked the Xbox One in the Mouth.”

Why Xbox One Should Embrace the Cloud OS Model

So, let’s take Microsoft’s Xbox One licensing approach and “always on” requirement to the enterprise: What if every copy of Microsoft Office needed to “phone home” to a Microsoft cloud service every 24 hours? If you lost Internet connectivity for longer than that, Microsoft Office apps wouldn’t load, and you’d constantly be urged via system prompts to find an Internet connection so that Microsoft could confirm that you have a legitimate license for the software you’re using. Placed in that context, Microsoft’s always-connected requirement for the Xbox One seems ludicrous. Corporate users can’t be held hostage when cloud services go down; Microsoft’s server and tools business gets that, hence the three approaches in the Cloud OS model: Private, internal clouds that don’t require access to cloud services, and two other options that do.

In the context of the Xbox One, the Cloud OS model could be applied by never requiring offline single-player (or offline multiplayer split-screen games on the same console) to connect to a cloud service for verification. Obviously, online multiplayer games would require an Internet connection, but this approach would give Xbox One gamers the opportunity to enjoy their consoles when offline. Sony allows this sort of gameplay with the PS4, and Sony execs are undoubtedly salivating at the prospect of bludgeoning Microsoft’s Xbox One efforts from here until the holidays with ads that drive the point home.

Microsoft’s Xbox PR agency, Edelman Worldwide, is probably already bracing for Sony marketing depicting grim-faced active-duty U.S. servicemen deployed overseas, laden with spotty or nonexistent Internet connections and unable to play their favorite single-player games. Or of a rural rancher who can’t play a split-screen game of Forza 5 with his disappointed, rosy-cheeked children because Microsoft bricked his console for failing to contact the Xbox mothership. Granted, these examples are a bit melodramatic and overwrought, but Sony has already proven that it’s willing to go for Microsoft’s jugular when it has the advantage: Witness this Sony-produced video that lampoons Microsoft’s convoluted and confusing system for sharing used games on the Xbox One. Before I posted this article, this video had already been viewed more than 10 million times.

There has been a trend in the gaming industry towards using an Internet connection as a digital rights management (DRM) tool, a method that game publishers have employed to fight game piracy. It’s a valid argument, but gamers have already strongly voiced their opinions about using always-on connectivity as a requirement, particularly when that requirement is dressed up as a value-added feature. Didn’t anyone on the Xbox One marketing team pay attention to the furor over always-on connectivity in Diablo III, or the SimCity 5 launch debacle? Kyle Orland over at Ars Technica recently interviewed Xbox Marketing Chief Yusef Mehdi about the controversy, and Mehdi told Orland that “It’s fair to say there’s a segment of consumers at this show [E3] in particular who really pay attention, who are very passionate about all aspects of gaming, and that we listen to closely. In a broader set of community, people don’t pay attention to a lot of the details. We’ve seen it in the research, we’ve seen it in a lot of the data points.”

In essence, Mehdi is saying that only hardcore gamers are concerned and paying attention about this, and that Microsoft research shows that more mainstream consumers “…don’t pay attention to a lot of the details.” Again, imagine this argument on the enterprise side of the fence: Would an average IT shop gloss over the fine print that tells them they’ll lose access to Microsoft Office or SharePoint if they don’t have a 24/7 Internet connection?

Granted, Microsoft could argue that there’s a difference between mission-critical business applications and playing video games. Yet arbitrarily limiting access to use of a product that a customer has legitimately purchased — regardless of whether that product is intended for the general gaming public or IT professionals in a server room — is a questionable business decision at best.