Steve Ballmer Has Some Harsh Words for the New Microsoft 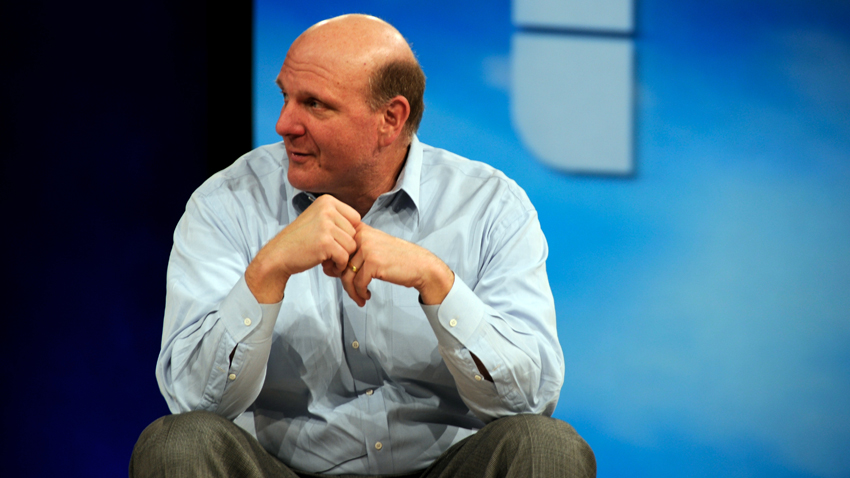 Former Microsoft CEO Steve Ballmer was always plain-spoken and honest, and that apparently hasn’t changed a bit since his departure from the company. This week, Microsoft’s biggest shareholder offered his opinion of the firm. And Ballmer offered some overt criticisms that Microsoft should take very seriously.

Full disclosure: Ballmer’s complaints echo complaints I’ve made about Microsoft during the Nadella era, so I’m perhaps not the most dispassionate observer here.

As reported by Bloomberg’s Dina Bass, who attended Microsoft’s annual shareholder meeting Wednesday in Bellevue, Washington, Ballmer criticized Microsoft’s new reporting structure, which lets it hide key growth metrics from shareholders, and its mobile strategy, which I think we can all agree is controversial at best.

First, he said, Microsoft needs to report the actual revenues it is generating from its cloud and hardware businesses. Instead, Microsoft reports a nebulous metric know as “run rate,” where you take a single quarter’s revenues and extrapolate that out over a year. It is, in effect, not a metric at all.

Further, Ballmer said he’s been complaining about this misrepresentation of Microsoft’s finances since he left the firm, and that after two years away from Microsoft, he can’t make heads or tails of the actual revenues generated by certain businesses, like cloud and hardware.

I’ve made this same complaint, many times. And it’s very clear that Microsoft’s reorganization moves under Satya Nadella were done, in part if not solely, to hide poorly-performing businesses by bundling them with other businesses and never providing full disclosure on profits and sales.

Ballmer also complained about Microsoft’s mobile strategy, which has come under fire in recent days as plans to bring developers from Android, iOS, the web, and the Windows desktop to the firm’s new universal Windows platform have failed.

I exclusively revealed on a recent episode of the Windows Weekly platform that Microsoft’s efforts to bring Android apps to Windows phones, called Project Astoria, had been silently killed, not delayed, and that team members were pushed over to a related Project Islandwood, which involves porting iOS apps to Windows. I’ve been told by multiple sources that management was not happy with the ease at which Android apps could be made to run on Windows phones, and that this ability would curb, not grow, the universal Windows platform. So they killed it.

Ballmer says this was a mistake.

Letting developers port apps to Windows (phone) “won’t work,” he said. Instead, Microsoft needs to enable Windows phones to “run Android apps” directly. Which was of course the secret original goal of Project Astoria. I revealed that news just ahead of Build in April.

So what does Microsoft think of its outspoken former CEO?

“We enjoy a regular dialogue with Steve, and welcome his input and feedback, as we do from our other investors.” Microsoft general manager for investor relations Chris Suh told Bloomberg. Sure they do.