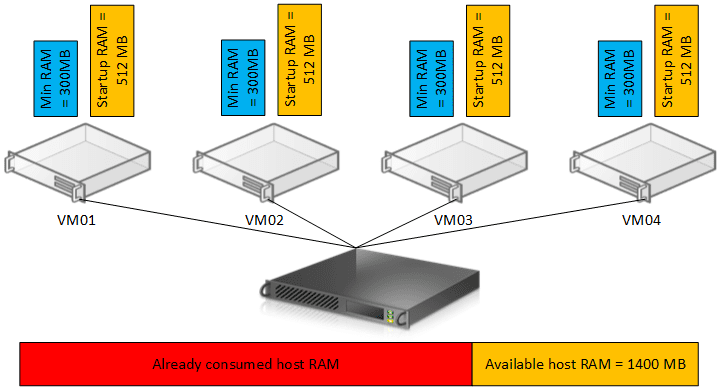 
What Is Smart Paging?

The Smart Paging feature of Hyper-V is used in a very rare scenario when you need to restart one or more virtual machines on a memory starved host. The need for Smart Paging was introduced in WS2012 when the Minimum RAM setting was added. With Minimum RAM enabled, a virtual machine will boot up to its startup RAM (enough to boot the OS and get services running) and, if idle, it can balloon down to a lower amount of RAM as specified by Minimum RAM.
Let’s make this real with an example. Imagine a hosting customer in a cloud deploys a small specification virtual machine. This machine has the following settings:

The virtual machine starts up and immediately consumes 512 MB plus an additional 20 percent of memory. Approximately 615 MB is consumed by the virtual machine from the host. No additional software is running, and like many hosting customers, the machine is left idle. Dynamic Memory will seek to optimize the memory allocation. Windows requires 512 MB to boot, but it can run on less! This virtual machine might balloon down to 300 MB RAM, less than the amount required to boot.

If any of the following happens then the virtual machine will need enough RAM to start the OS: 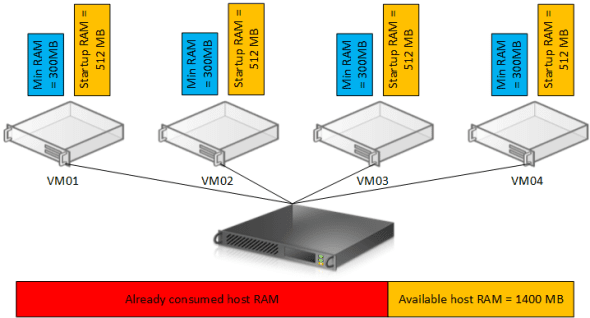 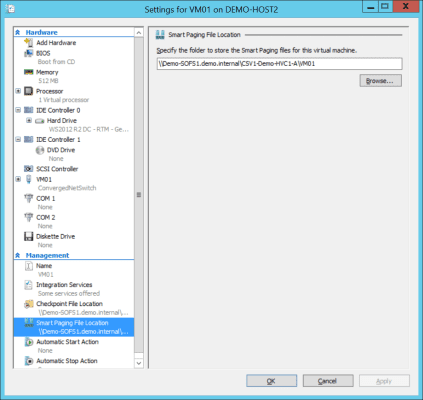 The location of the Smart Paging file

How to Avoid Smart Paging 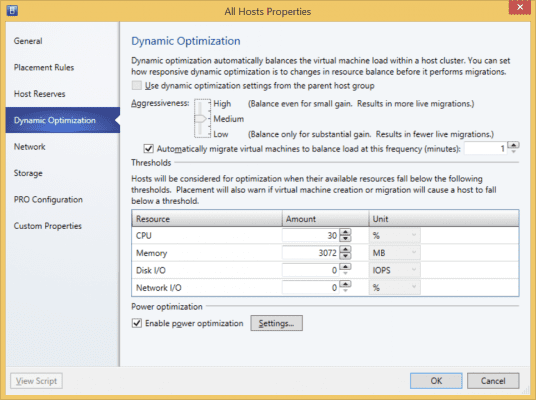