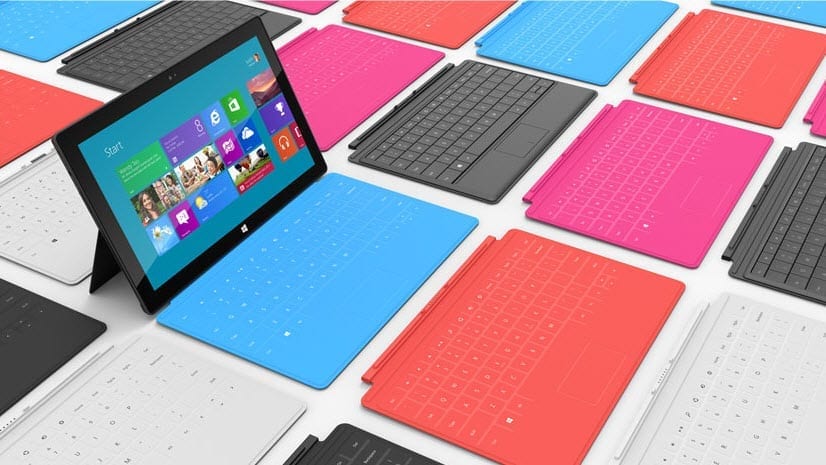 Microsoft’s Surface tablet setbacks have been well-publicized, from a $900 million write-off on unsold Surface RT tablets, lukewarm to  negative reviews of the tablets from the tech media, and a scarcity of essential and well-known apps in the Windows 8 app store. It’s true that Microsoft has committed the tech company equivalent of an own goal, which has led to lots of collective finger-pointing and snickering by the legions of Apple and Google faithful. So do all of these self-inflicted wounds mean the end of Microsoft’s tablet ambitions?

5 Reasons Why the Microsoft Surface Has Struggled

While things do look gloomy for Microsoft’s tablet efforts at the moment, I do believe that Microsoft will pick up the pieces and eventually reach some level of success in the tablet market, especially in the enterprise. That said, any ambitions Microsoft had of dominating the tablet market like it historically has with the desktop PC market should be buried now, however, as the era of Microsoft being able to gloat about a 90% market share in computing devices is long gone: We’re now living in a multipolar world of Apple iOS, Google Android, and Windows 8 tablets, and will be for years to come.

So how did Microsoft fumble the Surface launch so badly? Let’s review.

Microsoft partners often have a love-hate relationship with Microsoft, with many profiting from working in concert with the software giant, while others can see their markets evaporate when Microsoft decides to add a new feature to one of their own products at the expense of their partners.

Microsoft’s decision to develop their own Surface tablets rankled long-time Microsoft hardware vendors like Asus, which didn’t relish the prospect of competing with Microsoft while simultaneously trying to help them spread the word about the wonders of Windows 8 on tablet devices.

For Microsoft hardware partners like Asus, this was the bridge too far: Not only was Microsoft competing with them, but they were flooding the market with low-priced Surface RT tablets that were undercutting their own Surface RT products. Asus saw the writing on the wall and yanked their support for Windows RT, and I wouldn’t be surprised if other vendors follow suit.

To make matters worse, Microsoft’s marketing and product branding strategy for the Surface tablets can best be described as Byzantine. The Surface RT runs Windows RT, a version of Windows 8 that can’t run legacy Windows applications. The Surface Pro shipped with Windows 8 Professional, which could run legacy Windows apps. While IT professionals and more technically adept consumers may have understood the differences, the overwhelming majority of potential consumers were asking a simple question that Microsoft had to contort itself into a pretzel to answer: Why does a tablet running Windows not run my favorite Windows applications?

Despite an ever-increasing number of apps in the Windows 8 app store, many key apps for popular services–like Instagram, YouTube, and Amazon Instant Video–don’t have a Windows 8-specific application yet. While we can all applaud the effort and initiative of independent Windows 8 developers that have created work-alike apps to fill some of those Windows 8 app gaps, the patchwork of official and unofficial apps gives the Surface an uneven and amateurish feel from an application perspective. For the vast majority of consumers looking to simply download an app and go, the Windows 8 app gap is a serious hindrance.

Finally, the Surface product family suffers from the foibles seen in many other first-generation Microsoft products. I have a Surface Pro and use it daily, but I’ll readily admit that it’s heavier, has shorter battery life, and generally feels like a first-generation tablet effort, which it is. Unlike Apple, Microsoft has never been very adept at filing the rough edges off a product before release: Just witness Windows 1.0, the Xbox One (aka the Xbox 180), and Windows Mobile. Microsoft eventually gets things right, but its track record for releasing flawless products at launch is not a good one.

4 Reasons Why the Surface Will Succeed (in the Enterprise, at Least)

Now that we’ve discussed some of the reasons why the Surface was the product launch equivalent of an inadvertent belly flop at the community pool, I’ll throw out some reasons why I think the future for the Surface looks much brighter than it does today.

The Surface RT may go down as one of the biggest product launch failures in history, but the Surface Pro — while still not considered to be a runaway success — is at least not as big of a disappointment as the Surface RT. As previously mentioned, I use a Surface Pro on a daily basis, and it does a passable job of filling the role of multifunctional device you can use to get real work done while using it to watch Netflix videos after punching the clock. Granted, switching between the Windows 8 desktop and “Metro”-style touch interface is still jarring, and the entire device has somewhat of a Frankenstein-esque quality to it, but I fully expect future Surface Pro devices to be much more capable. An nVidia exec recently mentioned that they’re working with Microsoft on new round of Surfaces, so the RT and the Pro can only get better. 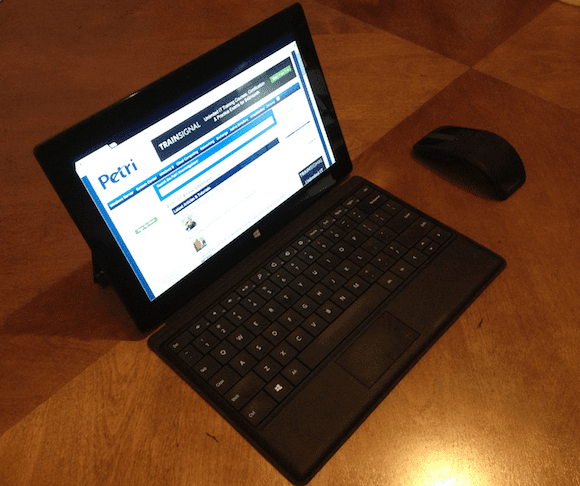 While not a perfect device, I use my Surface Pro on a daily basis (shown with optional Type Cover and Microsoft Arc Mouse)

While we’ve already touched on the lack of key apps in the Windows 8 apps store, Microsoft’s approach to delivering apps to Windows 8 devices occupies the middle ground between the walled garden of of the Apple App Store and the lawless wasteland (by comparison, of course) that the Android app ecosystem lives in.

4. The Rule of Threes

Many Microsoft executives are fond of repeating an old maxim that goes something like this (and I’m paraphrasing here): “Microsoft may not get everything right in the first release, but just wait until release 3.0.” Microsoft’s Lead Architect for the Windows Server Division Jeffrey Snover is fond of that saying, and he’s largely right, as many of Microsoft’s first attempts at competing in a new market segment are met with ridicule and derision from critics, from Internet Explorer 1.0 to the infamous Xbox “Red Ring of Death” to Windows Server Hyper-V. Netscape Navigator, the Sega Dreamcast, and VMware have all competed in markets that Microsoft wanted to own badly, and the results speak for themselves: Microsoft relentlessly iterates and updates an initial product release until it finally achieves feature parity — and then surpasses — the former market leader. While the jury is still out on Microsoft’s battle with VMware, it’s a given that Microsoft is spending billions to beat VMware in the virtualization space, and has come a long was since the first release of Hyper-V. Expect the same level of commitment and dedication to Microsoft’s tablet efforts, so I wouldn’t count Microsoft out.

More on the Microsoft Surface:

Do you currently own and use a Surface Pro or Surface RT? If you don’t own either, what are the reasons why you didn’t purchase one? Tell me what you think by adding a comment to this blog post or by reaching out to me on Twitter.