How to Install the full UI on Windows Server 2016 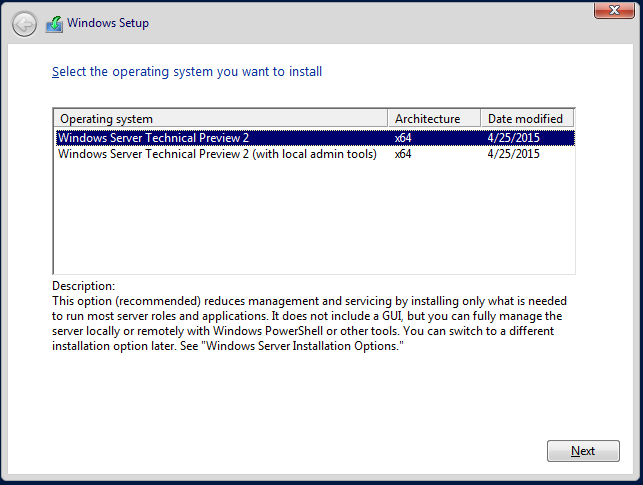 If you should install the Windows Server 2016 Technical Preview 2 (TPv2), then you’re in for a big surprise. For every server that’s installed with TPv2, there’s no full UI. Welcome to Jeffery Snover’s (@jsnover), Lead Architect for the Windows Server Division at Microsoft, vision for Windows Server.

No GUI by Default

When you install recent versions of Windows Server, you have a choice of installation type:

Microsoft has evangelized use of Server Core since the launch of Windows Server 2008. Many of us tried it, found it unmanageable, and reverted back to a full installation. It wasn’t that we hated remote administration or automation, the presence of a UI on the server has absolutely nothing to do with that. The issue was that it is impossible to troubleshoot a server, as was clearly demonstrated at Microsoft Ignite during one of Snover’s Nano Server presentations when a new server failed to join a cluster.

The message of “treat your servers like cattle, not like pets” line falls flat when you don’t run a massive organization made up of born-in-the-cloud applications. When you live in a world with dodgy applications, screaming bosses, and bad drivers and firmware being approved in the Windows Server HCL, then rescuing servers becomes important. Our servers are not pets for most us, they are sacred cows.
The first clue of a change is when you install Windows Server 2016 TPv2. The choice of a full UI or Server Core is replaced by:

There is no option to install Windows Server 2016 with the full UI, what is now dubbed as the client by Microsoft.

The following image is what you see when you log into a machine with the local admin tools, which includes Server Manager and the command prompt, and nothing else. You can see what it looks like in my captured image of Windows Server 2016 in a Hyper-V virtual machine: 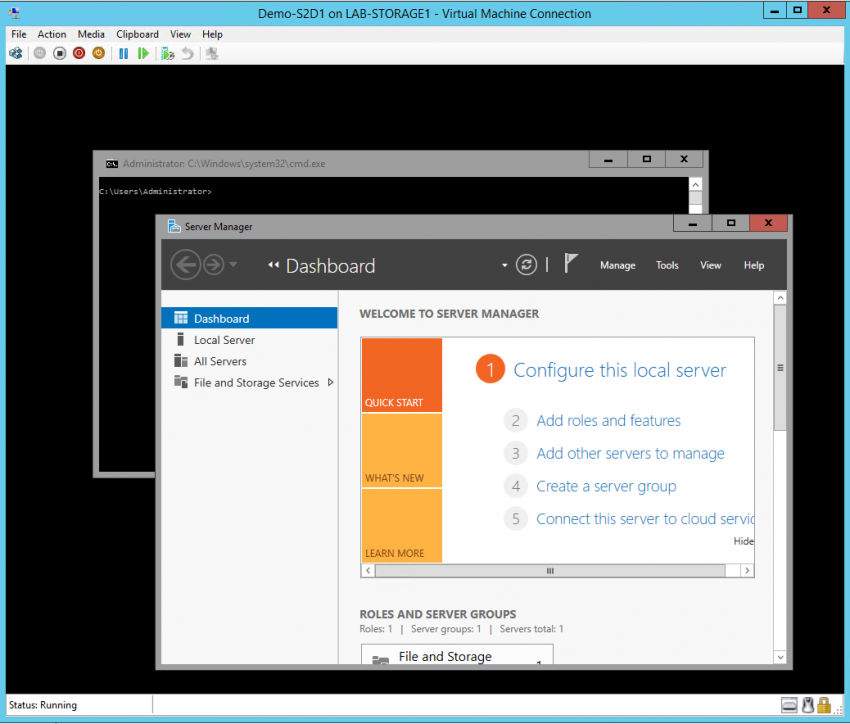 If you agree with this change of default UI, disagree with it, or want it slightly modified, then I would encourage you to speak up on the Windows Server feedback site. Through this feedback site, you can vote on existing suggestions or submit your own. Now you have no excuse for grumbling about something you don’t like. Speak up, have your opinion measured, and if enough people agree with you, then you might force a change.

There are two ways to get your UI back. The quickest way is to run PowerShell from the command prompt. You can run the following cmdlet to install the full UI and reboot the server: 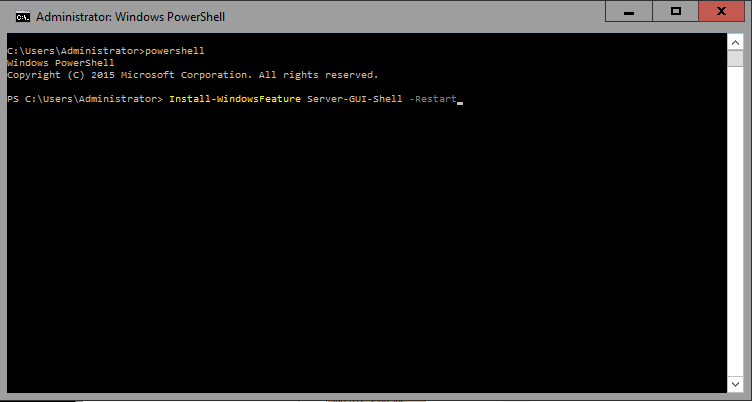 The alternative method is to use Server Manager to add the Server Graphical Shell feature to Windows Server 2016 TPv2. The change will require the server to reboot. 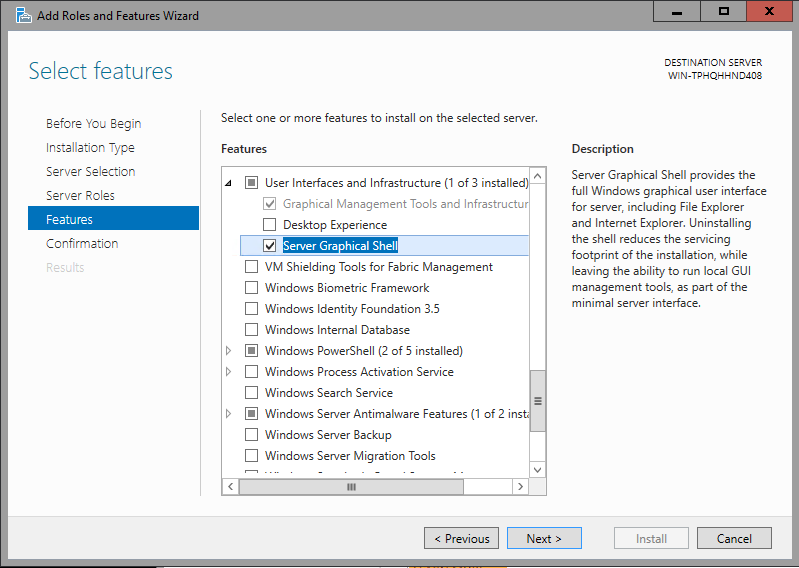 Maybe you’ll add the full UI to all of your servers, or maybe you’ll add it to a few servers to allow central administration of lots of other MinShell, Core, or Nano servers. 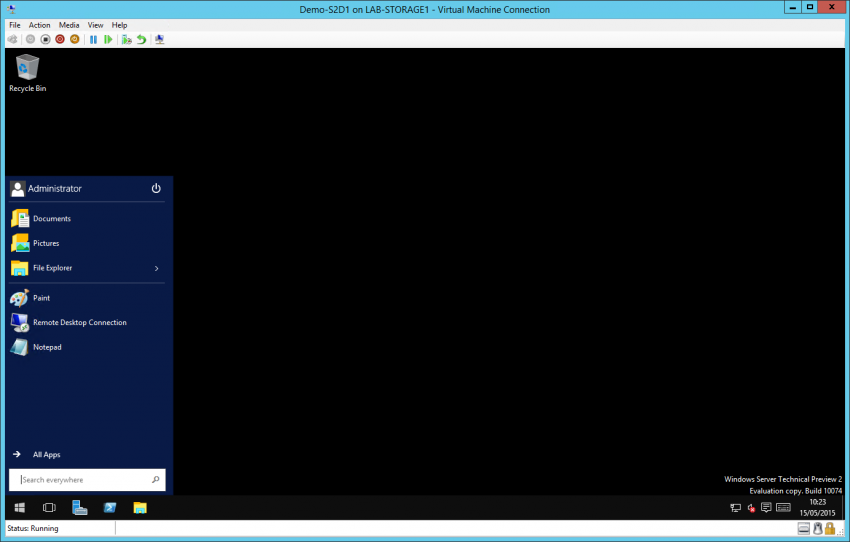