How to Install Exchange Server 2013

Exchange Server 2013: Many IT pros have either already started testing it or are thinking about it. Now, it’s a good idea to test the installation and configuration beforehand to see all the gotchas. Having installed previous versions of Exchange Servers many times through the years, I always recommend setting up a test lab where you can go through the installation at least once to familiarize yourself with the process.

Prior to the installation of Exchange server 2013, I highly recommend that you read over the prerequisites, as there are many depending on the the OS version that you are running and what roles you are intending to install. Exchange Server 2013 is supported to run on Windows server 2008 R2 Standard (non DAG servers), Enterprise (DAG server role), and Windows Server 2012 standard/Datacenter editions. Keep in mind that with any Exchange installation in an existing Active Directory site, the install will require some schema updates to your Active Directory.

The lab I used to test Exchange Server 2013 had an existing Windows server 2008 Active Directory with the forest functional level at 2008. Prior to any installation in production you should verify what your AD functional level is and see if it meets the requirements. The actual install of Exchange server 2013 isn’t too difficult — in fact, I think it seems easier than previous versions (or it could just be the more “metro” feel of the interface which makes it seem easier).

For those that don’t take my advice and skip reading the prerequisites mentioned above, you will find that preparing Active Directory manually is not quite same as it was before, and that it may fail for you at first. The reason for this is when running setup.exe the terms and agreement need to be accepted every time you run it.

When running setup.exe you will need to use the /IAcceptExchangeServerLicenseTerms parameters to accept the Exchange 2013 license terms. In prior versions this was not the case and you simply ran the setup.exe command with only required parameters. Another new item that is part of the installation is choosing whether to disable the built-in malware protection that is part of Exchange Server 2013. If you already have a third-party vendor for malware protection, you may decide that you do not want this feature enabled. You can read more about the built-in anti-spam and malware protection for Exchange Server 2013.

You will need to prepare Active Directory prior to installation of Exchange Server 2013. The system that is used to prepare AD requires having the two key components: Microsoft .NET Framework 4.5 and Windows Management Framework 3.0 (WMF 3.0).

AD was prepared on the domain controller in my lab using the following setup.exe in command prompt rather than using a RSAT tools.

After Active Directory is prepared, you can install Exchange 2013 onto your server, which has all the required perquisites already installed.

1. Run Setup.exe from the DVD or iso.

2. You will be prompted if you want to check for updates. Choose your option, then select Next.

4. The Exchange installer will now start copying the install files.

5. Select Next after reading the Exchange Server Setup Introductions 2013. 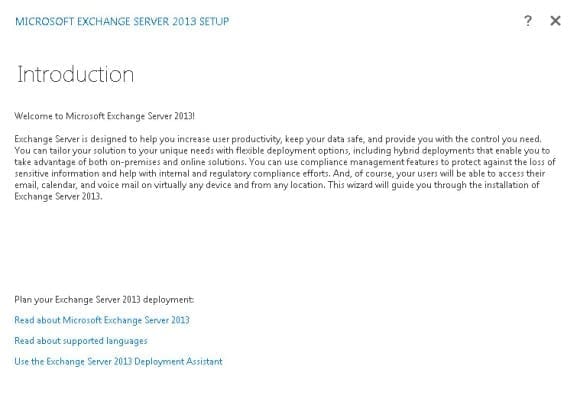 6. Accept the license terms and agreement, then select Next. 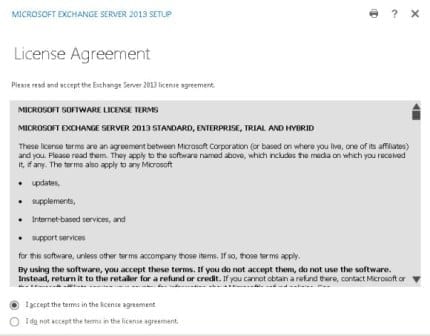 7. Select which options for Exchange to automatically check online for solutions, then click Next. 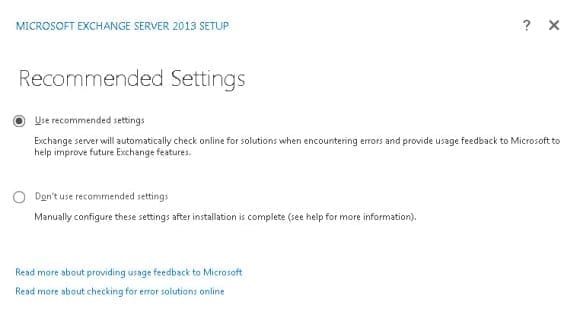 8. Select which server role you want to install. If this is your first Exchange Server 2013, you will need to install the mailbox role first. When finished, select Next.

9. Select the location on which you want to install Exchange. Select Next.

10. Choose whether you want to disable the Malware Protection Settings, then click Next.

11. Now there will be a series of prerequisites checks to verify that all required components have been installed on the system. After that, select Next.

12. If all required components are met, then select Install.

13. After the installation has completed, select Finish and follow up with a reboot of the system. 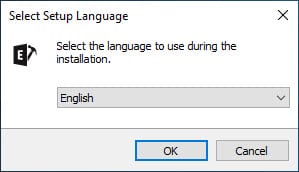 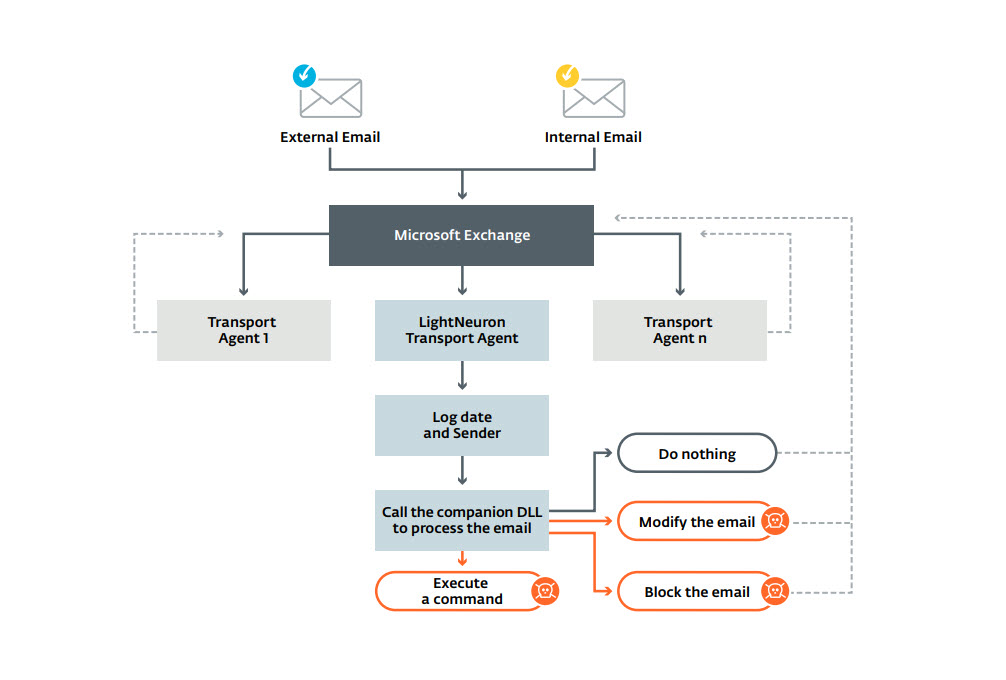