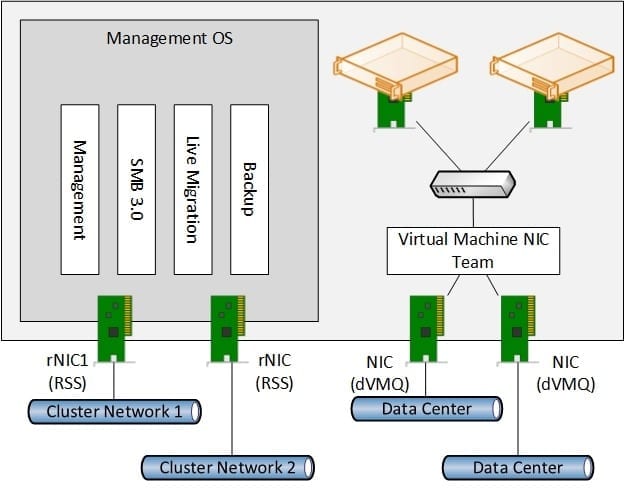 In this example, a hosting company is deploying a new public cloud based on Windows Server 2012 (WS2012) with an eye on eventually upgrading to Windows Server 2012 R2 (WS2012 R2). The following table translates customer requirements into design features.

The resulting design will be as depicted below: 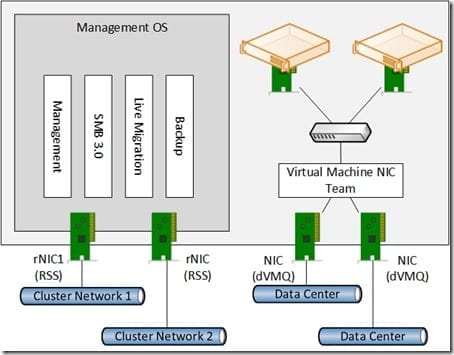 Data Center Bridging (DCB) will be used to enforce QoS rules on the two rNICs for each protocol. This is a hosting company, so maximum bandwidth QoS rules might be deployed to the virtual NICs of the tenant virtual machines.

A public cloud service provider is deploying a WS2012 R2 Hyper-V cluster where fault tolerance is provided only by having highly available hosts. This will minimize per-server capital and power costs, and stress the need to build high availability at the application layer.

The resulting design will be as depicted below: 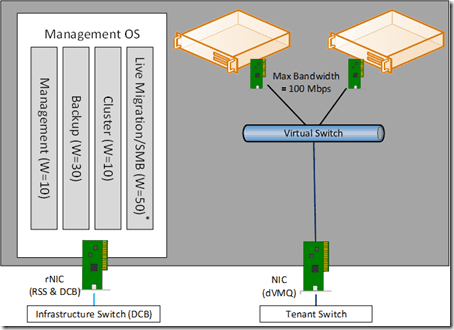 A clustered host with no built-in hardware fault tolerance.

DCB will be used to enforce QoS on the host NIC because of the use of RDMA for SMB Direct storage and live migration.

A client wants to upgrade their existing hosts to WS2012 R2. The hosts have the classic four on-board NICs with an added 4-port expansion card.

The resulting design is as shown below: 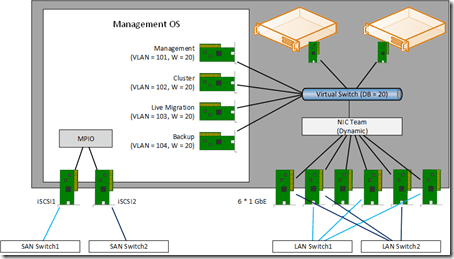 There is no need for QoS on the iSCSI NICs. QoS will be enforced by the virtual switch to guarantee minimum levels of service for the remaining host networks.