Apple and Microsoft Fans: Can’t We All Just Get Along? 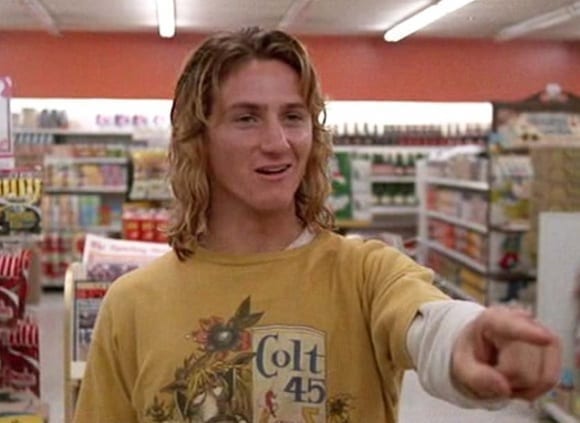 We’re in the midst of an election year here in the United States, and the airwaves (and internets) are filled with the cacophonic chatter of our two largest political parties bashing each other endlessly. Like me, you’ve also undoubtedly seen some of this on a more personal level: Has part of your Facebook newsfeed devolved into a mudslinging contest between friends, family, co-workers, and acquaintances who identify with either side? I’ve seen it firsthand, with friends jumping into one camp or the other and vociferously questioning the intelligence, hygiene, and personal musical choices of their political adversaries. Do all Republicans believe that President Obama is a Muslim, or do all Democrats believe that Republicans support rape? While small minorities in both parties believe this nonsense, neither of these statements is actually true. True in the sense that they are real. Like, you know, based on those silly, inconvenient things called facts.

Yet in this politically charged era, the red-faced, spittle-spewing wings of both parties believe their facts are more factual than the ones their adversaries believe in. Have a Republican tell some Democrats that the sky is blue, and some will disagree. Democrats may state that gravity is the force of attraction between all objects with mass, and some Republicans will claim otherwise. I hate to break it to the lunatic fringes of both parties, but a fact is a fact, regardless of whether it is viewed through red or blue-colored glasses.

This same level of hyperbole, invective, and disparagement can also be found in the ranks of the most ardent supporters of Apple and Microsoft. Some Apple devotees believe their favorite company can do no wrong, while the same can be said of some of the most passionate Microsoft believers. A fact: The overwhelming majority of people who purchase Apple products don’t wait in line in the rain for a week to get one, despite what some Microsoft fanboys may believe. And let’s be honest: Windows Phone 8 is a mightily impressive smartphone OS, and can legitimately claim to be a true competitor to Android and iOS devices, despite what the most committed Apple adherents may believe.

So how do we end this impasse? Finding common ground is the best way to convince any two warring factions to come to peaceful terms, and Microsoft and Apple used to be much more in alignment with their marketing messages than they are today. About a decade ago, Apple and prominent Microsoft hardware partner Dell supported marketing efforts that focused on the high points of their products. I mean “high” in the very literal sense, since both Apple and Dell — Dell serving as the Microsoft surrogate here, since it is unarguably one of the largest and most visible Microsoft partners — relied on young people who appeared to be under the influence of marijuana to sell their products.

Let me explain: Dell used the now legendary “Dell Dude” to market their products from 2000 to 2003, a marketing persona that had more than a little in common with reefer-smoking Jeff Spicoli from the classic Fast Times at Ridgemont High. “Dude, you’re getting a Dell!” became a PC catchphrase. And part of the appeal of the Dell dude — communicated in the Dell ads with a knowing wink and a nudge, without ever showing the dude holding a joint — was that he was cool, laid-back, and friendly to everyone, Spicoli-esque personal attributes that, coincidentally, many politically-charged zealots in our country could arguably use a lot more of. In a case of truth being stranger than fiction, the actor who played the Dell Dude  — Benjamin Curtis  — was arrested (and quickly released) for marijuana possession in 2003. Again, another political comparison: If Bill Clinton can smoke pot, not inhale, and get elected to be the most powerful man in the world, can’t they cut the Dell dude some slack for carrying around a joint or two?

On the Apple side of the great computing divide, I’d like to introduce you to Ellen Feiss, a young woman who was prominently featured in an Apple television ad in 2002. In the ad, Feiss seems heavy-lidded and lethargic, with pundits and commentators theorizing that Feiss may have been baked before the cameras started rolling. Feiss denied that she smoked pot — saying she was under the influence of allergy medication — but the audience reaction to Feiss was largely the same at was with the Dell pitchman. Just like the Dell Dude ads, Apple couldn’t have screened the advertisement  without thinking what millions of people watching the video would probably think when their lethargic, sometimes befuddled pitch-person talked about their product through half-closed eyelids.

Like diehard Republicans and Democrats, hardcore Apple and Microsoft devotees may still be on opposite sides when it comes to many things. But there was a time where Apple and Microsoft were more in alignment on how they approached marketing their products, and the general message was a bit calmer and more relaxed than it is today. So the next time your right-wing Uncle Henry and your left-leaning Aunt Marjorie start slinging mud on Facebook, just pass them this link and let them know that things are going to be alright (to quote Bob Marley) regardless of who they vote for, or whether they choose to buy a Mac, a PC, an iPhone 5, or a Nokia Lumia 920.

So what are your thoughts on Ellen Feis and Benjamin Curtis and their heavy-lidded, jovial marketing efforts for Apple and Dell? Add a comment to this blog post or start up a discussion on Twitter.