Now that the Windows 10 October 2018 Update has been re-released after the initial rollout was paused in early October, here is a list of improvements Microsoft has made to the Windows Subsystem for Linux (WSL) in Windows 10 version 1809.

The most interesting development is the availability of WLinux in the Microsoft Store, the first paid-for Linux distribution designed specifically to run on WSL. WLinux is based on Debian and was created by software startup Whitewater Foundry. It offers access to over 25,000 open source packages that can be installed and managed using apt-get. Also included is the wlinux-setup tool, which allows you to set up a working environment quickly, including tools like Python, Go, Ruby, NodeJS, PowerShell, and Azure Cloud tools.

WLinux is primarily intended for developers who need a terminal-only version of Linux. But using a third-party X server, it is possible to run many GUI apps. Because WLinux doesn’t use emulation or run in a virtual machine, Whitewater Foundry claims that Linux apps run at native speed. While performance may be better than in Linux running inside a VM, WSL still uses a translation layer to convert Linux system calls. And WSL has its own performance bottlenecks that aren’t present natively in Linux.

The bad news is that it costs $20 and there’s no trial. But Whitewater Foundry says that WLinux gets faster patching for WSL-specific bugs and that buying the OS helps fund a small team of developers to add new features and provide user support. 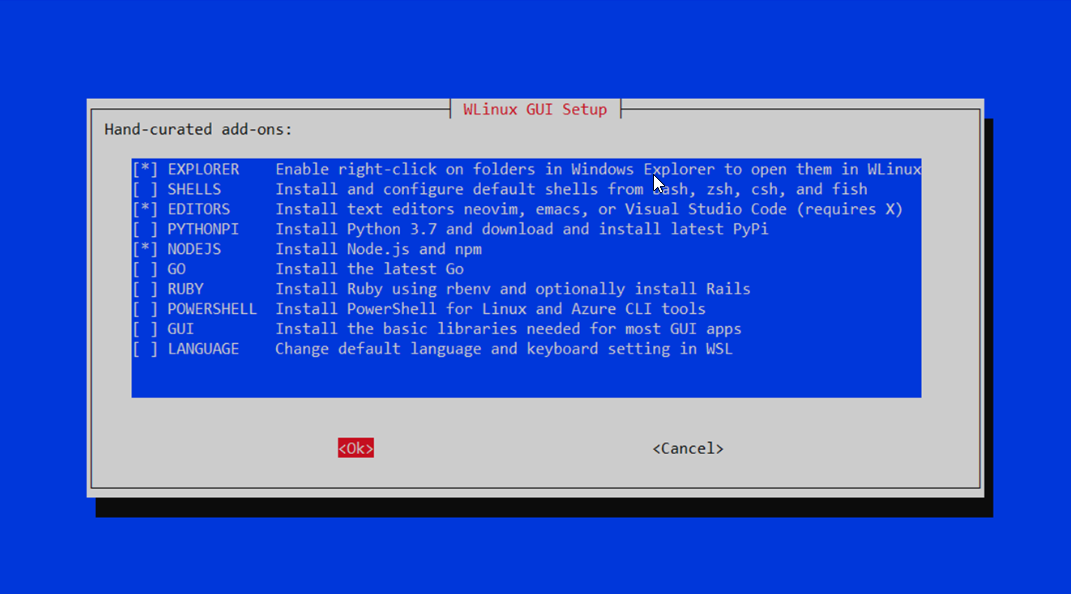 The Store has been updated with new versions of popular Linux distributions. You can now download Ubuntu 18.04, OpenSUSE 15, and SLES 15. It’s also now possible to install distros from the command line using Invoke-WebRequest and Add-AppxPackage. You can find more information on installing Linux distros manually on Microsoft’s website here.

Support for Windows on ARM Devices

One of the biggest differences when working with Linux is that directories and files are case sensitive. NTFS already supports case sensitivity if you have WSL installed. For more information, see Turn On Windows 10 NTFS Case Sensitivity on Petri.

Microsoft has added the ability to launch a Linux Shell from File Explorer context menus if you have WSL installed. And Notepad now supports Linux line endings.

CTRL+SHIFT+C/V can be used for copy and paste operations in the console, although you need to enable it in the Options tab of the console properties.

Hosting Apps Inside Tmux and Screen

Finally, Microsoft says improvements to the Windows Console allows hosting apps inside Tmux and Screen without destroying the rest of the window. There’s also an approved range of VT sequences and a ConPTY API & infrastructure so that third parties can build terminals and servers more easily.