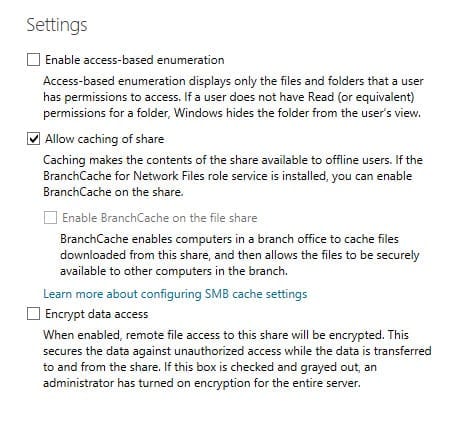 What are some of the other new features in Windows Server 2012?

Following on from last week’s article on Storage Spaces and Data Deduplication, here I continue the list of new file services and storage features in Windows Server 2012.

An extension to NTFS, ReFS is designed to prevent the corruption of file metadata that often occurs on standard NTFS volumes and renders data inaccessible. ReFS uses checksums for file metadata (and optionally for the actual file), and an allocate-on-write method to update data, minimizing the risk of corruption. Otherwise known as Integrity Streams, the use of checksums is a means of protecting data on disk that goes beyond what is possible on standard NTFS volumes.

ReFS volumes are not bootable, cannot be used on removable media and there’s no way to convert an existing NTFS volume to ReFS. Along with Storage Spaces, thin provisioning, and ReFS, Windows Server 2012 makes for an extremely scalable file server solution. ReFS supports volumes up to 256 zettabytes and a storage pool can be a maximum of 4 petabytes.

In addition to the improvements that ReFS brings, standard NTFS volumes also benefit from a continuous corruption scanner that tries to identify and repair errors before they affect system performance or data retrieval. The CHKDSK command line utility has also been updated so that it can scan for errors much faster than in previous versions of Windows, allowing you to get a volume back online more quickly in the event of a corruption issue.

If you’ve had the chance to transfer files over the network between Windows 8 and Windows Server 2012 (or between Windows 8 clients), you probably will have noticed that it’s faster than in Windows 7 and Server 2008 R2 – sometimes so fast that it’s almost like performing a copy operation on a local disk.

The extra network file transfer speed in Windows 8 and Server 2012 is just one improvement that the Server Message Block protocol brings. Here’s the full list of new features:

SMB Transparent Failover and SMB Scale Out are used to provide Continuously Available File Shares (CAFS), an improvement in clustering file shares on Windows Servers that allows SMB to automatically failover to an available cluster node without interrupting server applications sorting data on the share. SMB Scale Out allows access to more than one cluster node simultaneously for load balancing and improved network throughput, resulting in better server performance.

SMB Encryption can be turned on for a file server or individual file shares, and differs from IPSec encryption in that it can be enabled without any planning or special configuration. In Windows Server 2008 R2, SMB signing prevented the spoofing of network packets but couldn’t encrypt data over the wire.

The Volume Shadow Copy Service (VSS) can now be used to back up remote shares on Windows Server 2012 file servers or Network Attached Storage (NAS) that supports the SMB 3.0 protocol. SMB Directory Leasing improves performance when accessing file servers across wide area networks (WANs) by keeping file metadata cached locally for longer, and updating the local metadata cache when changes are made on the remote file server.

Finally SMB 3.0 features can be managed using SMB PowerShell. If you have Windows 7 clients or Windows Server 2008R2 devices on your network, the SMB protocol used during file transfer operations will default to version 2.1. SMB 3.0 features aren’t supported on Windows 7 or down level server editions.