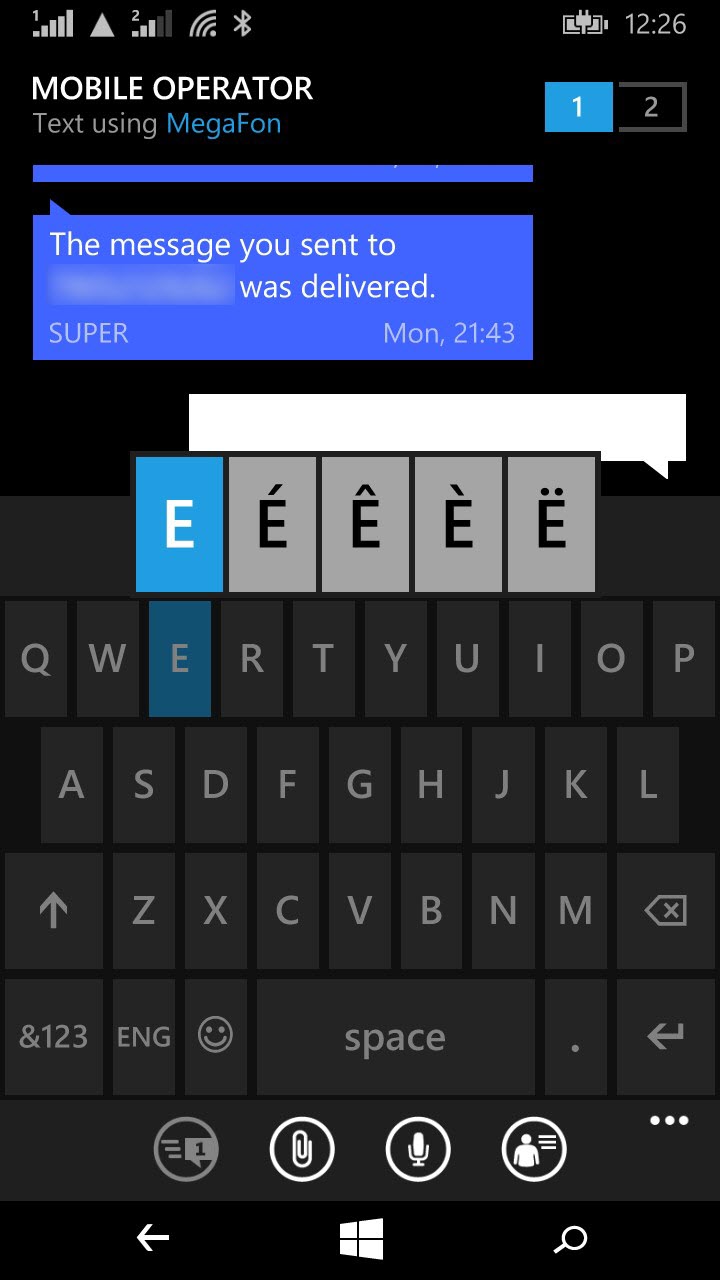 The Windows Phone 8.1 keyboard may have lost the honor of being the world’s fastest, which is now apparently held by third-party Android app Flesky where a user was able to break the world record for typing a 126-letter sentence a quarter of a second faster than a previous record attempt using Windows Phone. With that said, there are some tricks that can help you type faster even if they won’t help get you into the Guinness Book of World Records.

Introduced in Windows Phone 8, Word Flow predicts the next word in a sentence to save you from having to type it. From a review of 2.5 billion English words, including slang and words from popular culture, and then whittled down to 600,000 words to save on storage space, Word Flow learns your writing style to improve word predictions.

A custom dictionary allows you to add common words you use that are not included in the built-in dictionary. Autocorrect also handles adding apostrophes, as well as capitalizing the first letter of sentences and proper nouns.

New to Windows Phone 8.1, Shape Writing allows you to move a finger around the keyboard, instead of pressing individual keys. Working in conjunction with Word Flow, Shape Writing can help you to type faster once you’ve gotten used to it. 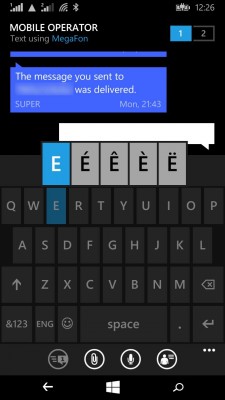 Double Space for a Period

The period key is adjacent to the spacebar, so this tip may seem barely worthwhile, but anything that saves moving the position of your hand over the keyboard saves time. Double tap the spacebar quickly at the end of the sentence to add a full stop.

Swipe Instead of Switching

This is one of my favorite tricks. Instead of switching to a different keyboard view to type a number or special character, hold down the numbers key in the bottom left corner and swipe your finger to the number or special character you’d like to add. This saves you from manually having to switch back to alpha view. You can do the same when adding punctuation, or when typing a URL hold the .com button to the left of the spacebar and swipe to .com, .org, .edu or .net.

Need to type a whole word or sentence using capital letters? There’s no dedicated CAPS LOCK button on the keyboard, but you can press and hold, or double tap the SHIFT button to activate CAPS LOCK.

Holding down some letters will expand your options to include various accented forms of the same character. This doesn’t work with all languages, but on the English (UK) keyboard, some letters have this option. For example, the e in café.

Change the Case of Words after Typing

Last but not least, I think this is my favorite shortcut. If you’re editing a message or document, words get moved around after you’ve typed them, and maybe you need to capitalize the first letter of a word or vice versa, or capitalize an entire word or make it lowercase. Rather than fiddling around trying to edit individual letters, select a word by double tapping it, and then press SHIFT to toggle between uppercase, lowercase, capitalized first letter, and lowercase first letter.